How Pharmarack Is Aiming To Simplify The Pharmaceutical Value Chain By Automating Inventory, Orders, Delivery And More

How Pharmarack Is Aiming To Simplify The Pharmaceutical Value Chain By Automating Inventory, Orders, Delivery And More 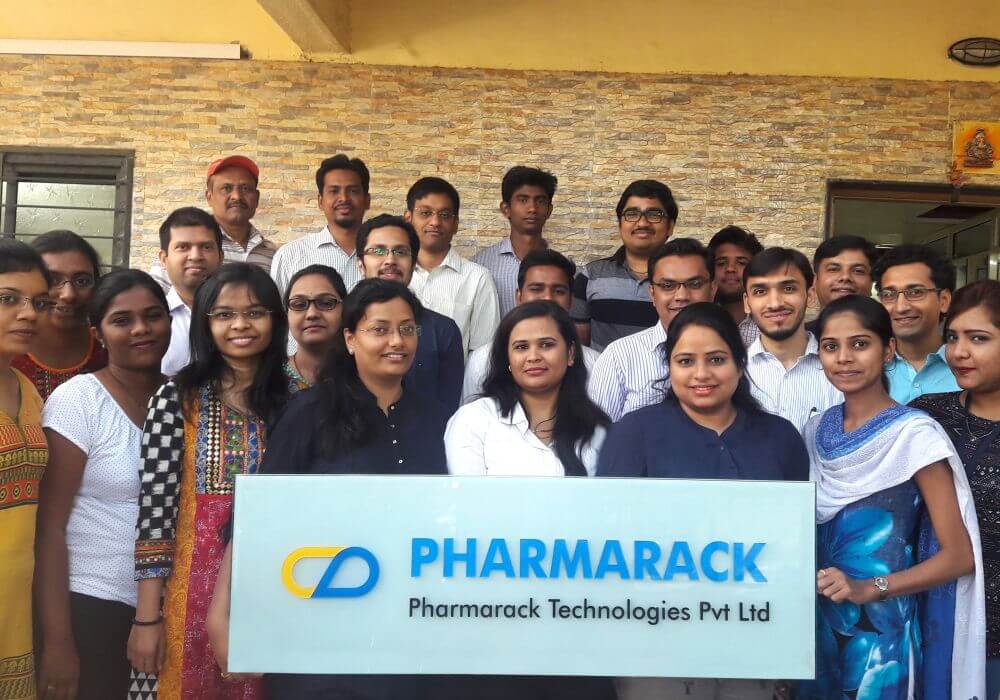 Consider this. India is the third-largest pharmaceutical market in the world, in terms of volume, according to an IBEF report. There are approximately 70,000 MSME pharma distributors in India. And retailers in pharma all over the country number ~1 Mn. The intermediaries operating between the two totems are 25,000-30,000. Based on these figures and the overall market size, it could be concluded that the pharmaceutical supply-chain management is extremely fragmented, with no clear connect between distributor (wholesaler), retailer and the salesmen operating in the space.

Pradyumn Singh, Anupam Sarwagi, Bhavik Parmar, and Kushal Bhandari have taken on the onerous task of simplifying the chain and easing pharma business operations through their startup – Pharmarack.

As Pradyumn begins our conversation, he reveals that he has remained friends with Bhavik and Kushal for close to ten years, while Anupam turned from a professional acquaintance into a friend, five years ago. Added to this, Kushal’s family has been operating in the field of surgical instruments in Pune for 40 years now. “Between the four of us, we had years of corporate experience, connections and this itch to start up. We even came up with two-three ideas which never made it past the laptop. But a few years of seasoning ended up serving us well.” 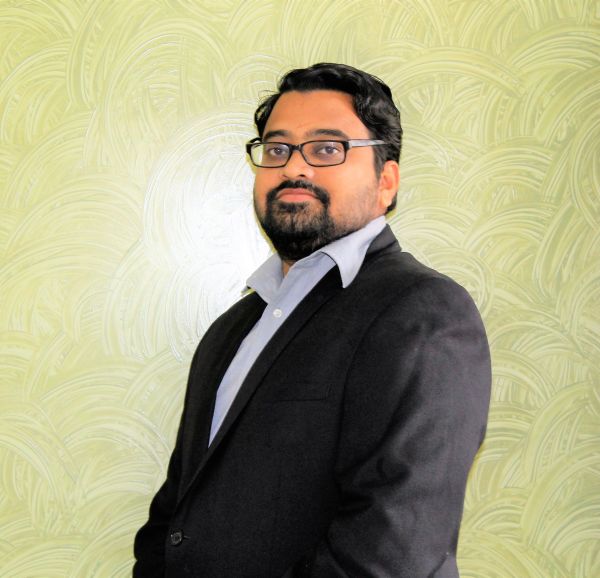 The initial team of Pradyumn, Kushal and Bhavik, began with a small order processing app in September 2014. The “Order Accel” app was synced to Kushal’s family business – a surgical implements business. It was operationally heavy. And looked at solving this basic inventory-order problem:

The distribution operator sends a salesman to the retailer’s premises in order to finalise a particular order. The salesman comes back with the order which will be inputted/processed by the operator and then sends the delivery person to fulfil the same.

The process was inefficient and time-consuming, involving manual touch points between the operator, salesman, retailer, and delivery boys. With the constant back-and-forth commute, the salesman does not get to increase the number of orders that he collects. As the salesman’s income is commission-based the impact is felt on two levels – the average order size has been more or less similar due to commuting and coverage area will also remain static. These salesmen are also often 10-12th standard pass outs and needed an interface that was easy to understand and convenient to use.

Keeping all these pain points in mind, the team built out the app to integrate with a company’s existing system wherein the user (salesman) will be able to check inventory and confirm orders via their smartphones – the order process followed a simple Yes/No template and helps avoid errors due to misspelling of medicines, not following up with orders due to forgetfulness, mixing up orders/quantities etc.”

Pradyumn discloses that the number of distributors in Pune went from two to seven, in a matter of weeks. And these were all paid customers, so the company has been generating revenue from day one, even though the company was not launched formally back then. 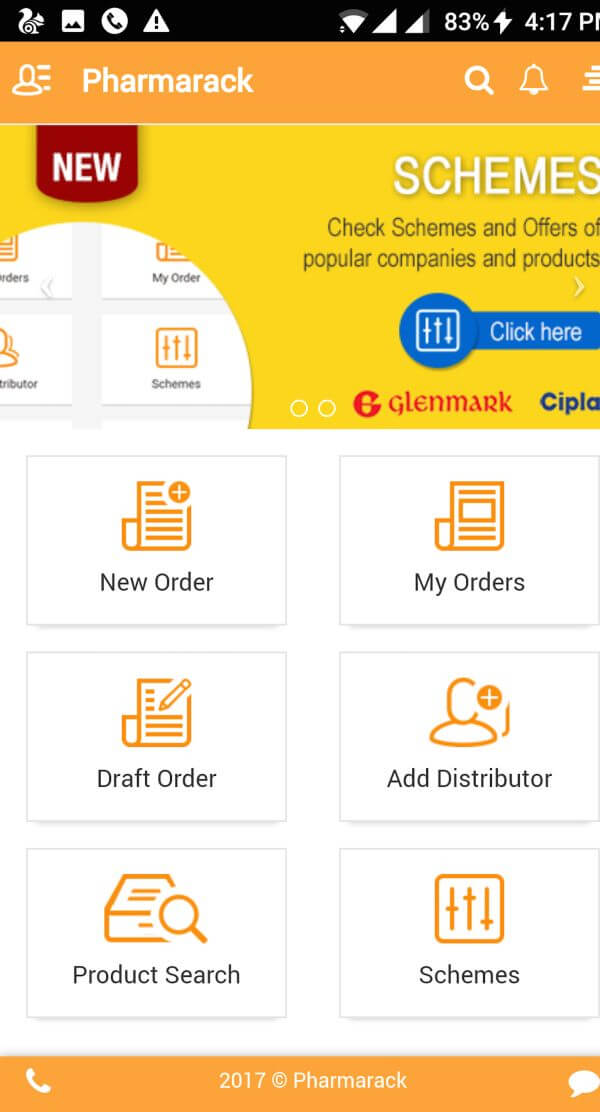 The next two months were taken up with deep diving into other issues in the supply chain management systems of the pharma companies. They also managed to incorporate the company in Austin, US in June 2015.

With regard to supply chain, different touch points such as a warehousing, wholesale distributor, retailers, hospitals and sub-stockists (those who source from different distributors) had these three issues on the sales front – order processing, payments collection and credit settlement. By addressing these pain points, Pradyumn claims that the product was extremely well-received by prospective clients.

They managed to rack up 50 clients in Pune itself in three months.

“Our biggest hurdle was that of the time we spent in executing the product so it reflected simplicity and clarity and educating our clients – on both ends of the user spectrum. But we did discover early on that timely engagement with our users saves a lot of hassle going forward.”

On the operations front, the core founder team of three members gained their fourth entrant with Anupam coming in later. He was running his own hyperlocal grocery business called 9Monks before joining the company in November 2015.

According to Pradyumn, the addressable need in the pharma industry is 2,000 companies in India, for now – with fragmented operations on all fronts. The enhanced version had just begun to make inroads to solving for this potential $55 Bn industry when the team managed to raise $280K in angel funding from Unicorn Ventures India and $745K in Pre-Series A funding from Patni Group’s Currae Healthtech Fund and existing investor Unicorn Ventures in September 2016.

The Pune-based startup first scaled in the twin Tier I cities of Pune and Mumbai, acquiring a few well-known pharma distributors as clients. At present, they are live at 40-odd locations across Maharashtra, Gujarat, Andhra Pradesh and Karnataka. Numbers wise – they have reportedly on boarded 12,000 retail chemists, 800 distributors and are processing up to 15,000 orders per day.

The business model is basic B2B wherein they charge distributors on a pay-as-you-go plan in the beginning, which can shift to an enterprise plan. Charges for both plans vary according to client needs. Pradyumn discloses that the M-o-M in client growth and revenues has remained at approximately 20% for the financial year 2015-2016.

“Pharmarack is a pull product. With our combination of business intelligence and operations management, the app can be used by any entity on the value chain. The app’s features are meant to impact both your top line and bottom line.” 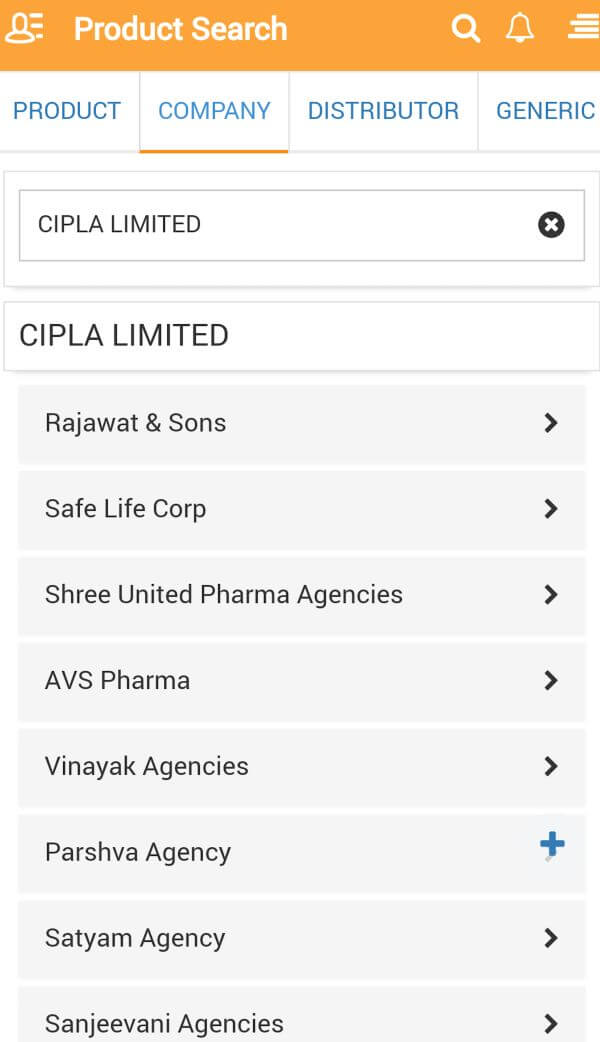 He explains this statement by giving the example of the salesmen using the app – how they can handle more orders in the same region, lesser number of salesmen are required as process time is reduced significantly and more.

This led the company to the latest upgrade on the product – using artificial intelligence and machine learning to increase internal efficiencies which, in turn, leads to increasing user intelligence. In November 2016, they also launched a newer, more retail-friendly version of the app allowing retailers to order directly from the distributor.

Tech Is Helping Address Automation Of Supply Chain In Pharma

Any new business has to undergo the pain of cold calling to amass clients and Pharmarack was no different. They gained their first paying customers through cold calling, but due to ease of use of the platform, market acceptance was swift and the product hit ‘the right sweet spot,’ as per Pradyumn. “While our engagement takes place with respect to linear growth – we still maintain that training and educating our users and timely resource management are our biggest challenges.”

The founders consider large-scale ordering online platforms such as GoGenie,  amongst others to be their indirect competition. Indirect, because, these platforms are only solving for one touch point in the pharmaceutical value chain. “Our core focus is pharma. And no one, so far, is deep diving into the supply chain like we have. But, we do welcome competition as we can learn from them as much as they can learn from us. For now, tech is helping to address these basic problems across the internal operations management in pharma.”

For this year, the 50-member team is targeting to enter 30 cities, predominantly the capital of every Indian state as well as the next most-populated city, and establish a pan-India presence with at least 4,000 distributors.

Inventory management is the biggest component of worry for any SMB as it keeps a tight watch on the inflow-outflow of stock and ensures steady business growth. Companies such as GoGenie and Pharmarack are trying their best to bring automation and efficiency into order management for pharmaceuticals. Pharmarack, with a single-minded focus on their chosen industry as well as a sound business model and a product that takes into account all the touch points of the delivery process – from ordering to payment has a particular niche that they can tap into.

But how far will they be able to maintain their overall lead before a faster, more efficient, more convenient 360-degree solution comes along is what remains to be seen.

Pharmarack is part of Inc42’s 42 Fellowship – a year-long fellowship programme for India’s top growing and upcoming startups with the aim to build a close-knit community who can help each other multiply their impact.