Panel Probing EV Fires To Submit Report On May 30 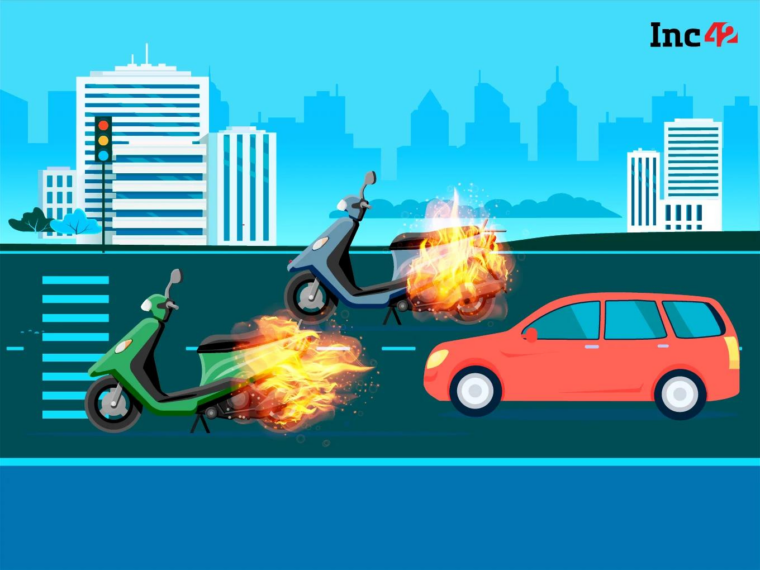 The expert committee formed to investigate the cases of electric two-wheelers catching fire will submit its report on May 30: Official

An expert panel formed by the government to look into the fire incidents involving electric vehicles (EVs) will submit its report on May 30.

”The expert committee formed to investigate the cases of electric two-wheelers catching fire and suggest remedial measures will submit its report on May 30,” a senior government official was quoted by news agency PTI as saying.

The high-level panel was formed after a slew of incidents involving EVs catching fire were reported from across the  country. The incidents led to injuries to many and even loss of lives in some cases.

Earlier this month, media reports suggested that a preliminary report filed by the panel had identified faulty battery cells and modules as the cause of the incidents. The committee reportedly looked into fire incidents involving three EV players – Ola Electric, Okinawa and Pure EV.

The Centre for Fire, Explosive and Environment Safety (CFEES) also reportedly submitted its report on the matter almost a fortnight back. In its report, the CFEES pinned the blame on EV batteries and low quality material used by EV players. It suggested introducing stronger regulations for EV manufacturers in the country to curb such instances in the future.

The Ministry of Road, Transport and Highways had previously also sought a detailed report from EV players on quality control mechanisms and safety measures. Union Minister Nitin Gadkari had also warned negligent EV manufacturers of strict action, and asked them to take “advance action and recall all defective batches immediately”.

As a result, the three players – Ola, PureEV and Okinawa – together recalled more than 7,000 vehicles.

Amid the government’s push for EV adoption, EV sales are on an upward trajectory in the country. As per the data of the Federation of Automobile Dealership Associations (FADA), 4.29 Lakh EVs were sold in FY22 in the country, led by players such as Hero Electric, Ola Electric, Okinawa Autotech and others.