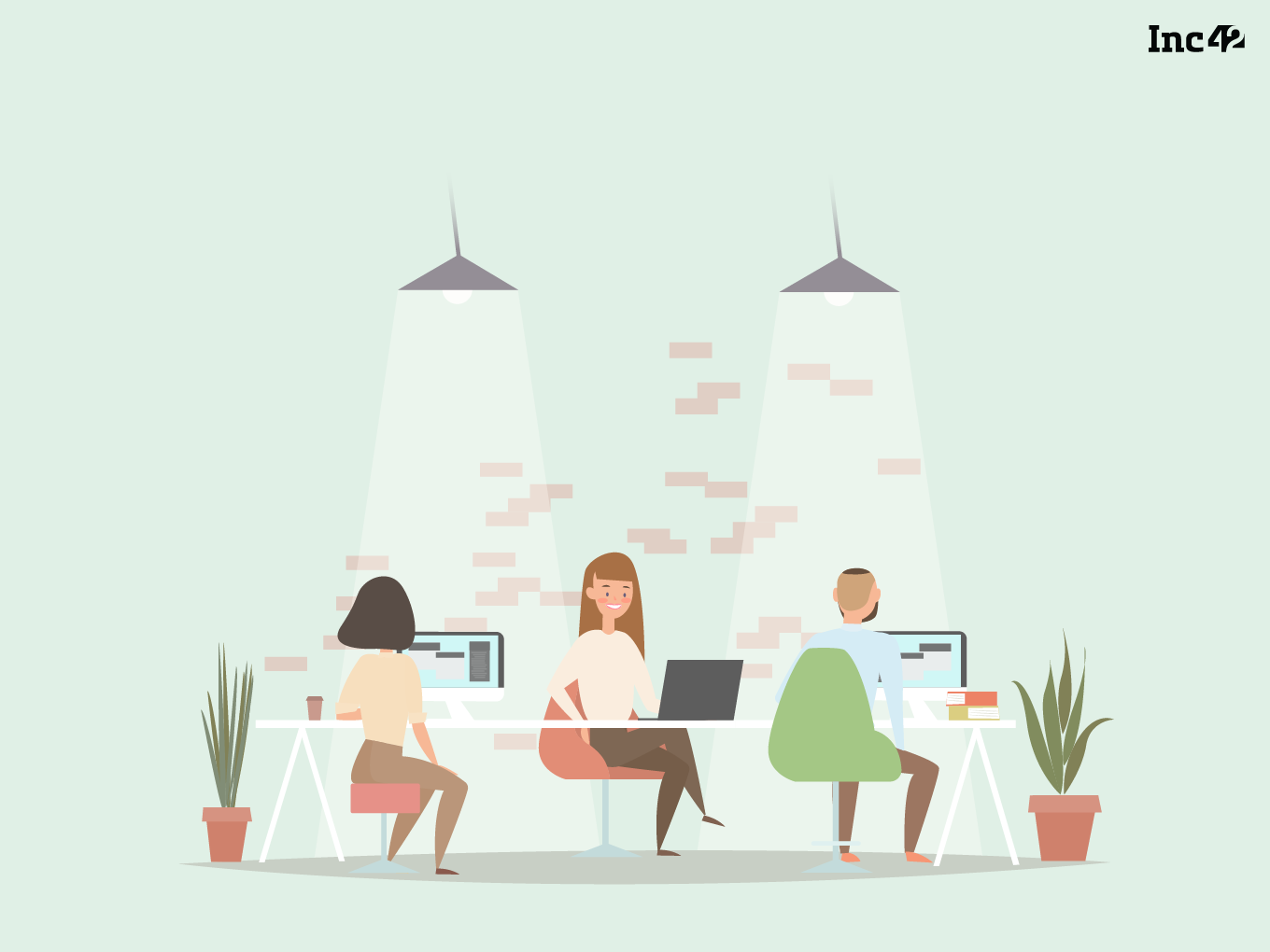 “Space as a service” will become a norm for companies in 5 years, Kapoor said

OYO Workspaces will come up against the likes of WeWork, Awfis Space Solutions and 91Springboard

Till 20 years ago, it was unthinkable for any company to outsource its data servers, and today cloud storage is indispensable for enterprises on a growth trajectory. Rohit Kapoor, the CEO of OYO’s New Real Estate Business, feels that shared workspaces will follow a similar route in 5 years.

Speaking on the sidelines of OYO’s announcement after its INR 220 Cr buyout of coworking startup Innov8, Kapoor said a different kind of SaaS will be at play. Kapoor said “space as a service” will become a norm for startups rather than owning and managing your own workspace.

As part of the acquisition, Kapoor will be playing a bigger role in the running and expansion of Innov8 while Malik will be involved with Workflo and PowerStation. OYO is working on three coworking brands set to be priced differently. PowerStation and Workflo target the mid-range and budget category, while Innov8 will be placed in the premium category.

“So there is a lot of learning on both sides, especially on our side,” Malik said, adding “The business of OYO and the business of coworking have a lot of first principles core areas like leasing, projects, technology and talent and this is something that we are learning on a daily basis for the past 8-9 months.”

In an industry where big ticket investments are more a cover charge to enter the club, rather than a competitive advantage, OYO Workspaces will come up against the likes of SoftBank-backed WeWork, Sequoia Capital-backed Awfis Space Solutions and 91springboard. The hospitality unicorn is hoping that its clout along with its ties in the real estate business will help it bridge the gap.

The Microneeds Of Millennial Office-Goers

As with any nascent or niche business category, traditional metrics do not fully present the full picture for coworking. Shared office spaces are facing a similar struggle. In the enterprise real estate business, per square-feet lease cost is paramount. Gauging by that metric alone, currently individual seat costs are comparatively higher in the coworking industry than traditional office spaces.

“Just think of what it takes to run an office. There is wastage of space when the office is not full, there’s WiFi, electricity, manpower to run the office and a lot more. I can show you the math that shows that it will be cheaper than most office spaces,” Kapoor said.

The real challenge, however, is occupancy. For OYO Workspaces, each centre needs to have an occupancy rate of 60%-65% for breakeven, Kapoor said. Currently, ten out of 16 Innov8 centres are at an 85% occupancy rate, he told Inc42.

According to Kapoor, the real edge comes from being able to design spaces and really think about the microneeds of the customer and understanding the use cases.

And this is where the real winner will be decided. With around 300-odd offices already, the market is already super competitive. This has resulted in private equity backed bigger players such as WeWork and Awfis burning through cash and offering price as a value differentiator. Meanwhile OYO Workspaces is confident that they can match prices but also create better and more harmonious workspaces. While this is definitely a great sales pitch, the challenges of oversupply will soon come into play. With demand not matching the excess supply, revenue sharing models will generate lower returns in face of the vacant seats.

Coworking is not a new concept in startup centres around the world. The shared office culture created companies such as Uber, Airbnb and others. In India too, for long, companies have been either sharing space or renting out office space while taking care of facilities. However, coworking as a category has exploded in recent times thanks to the transient nature of workspaces that many startups choose to adopt.

In terms of marketing initiatives, OYO Workspaces will rely more on word of mouth advertising, rather than high-octane TV advertising, Kapoor said. First and foremost, OYO will reach out to those large companies that it already works with on the hotel business side. Secondly the company is inviting people to experience the products by introductory offers such “Flexi-Pass” and organising networking events at coworking locations. Other than that the company is also wooing channel partners such as property consultants to its offices to see the benefits of coworking spaces.

And it is not just startups that OYO is aiming for. While coworking spaces are a perfect fit for startups, according to Kapoor, the company is seeing equal amounts of interest from big corporates and individual freelancers.