Traders body CAIT has said it will soon launch a nationwide agitation against Amazon, Flipkart for flouting GST rules

According to a recent report, about 35 sellers on Amazon accounted for roughly two-thirds of all sales 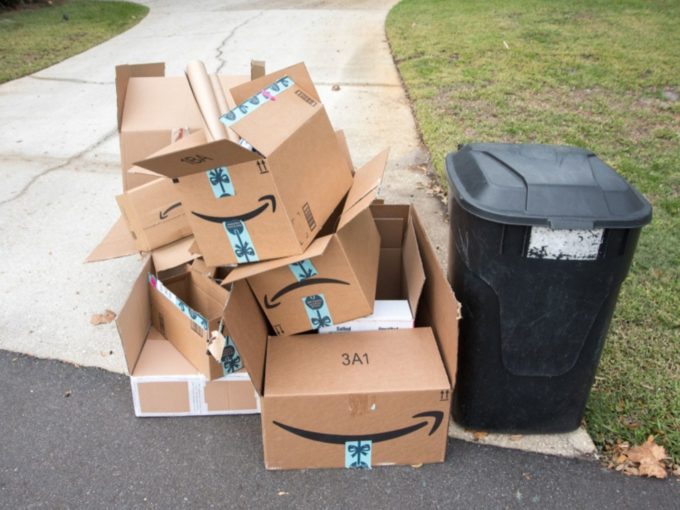 The All India Mobile Retailers Association (AIMRA), a trade union of more than one lakh mobile phone retailers in India, has urged Prime Minister Narendra Modi to suspend Amazon India’s operations and activities in India until an investigation is completed into the company’s business practices. The group has also sought an imposition or a daily cap on a single seller’s online smartphone sales.

The trade union, in a letter to PM Modi, said that Amazon and Flipkart, along with Chinese mobile phone brands, have “colluded to erode the local economy and killed the small retail businesses”.

The association elaborated that many smartphone manufacturers have exclusive partnerships with a handful of preferred sellers of the ecommerce giants and all the stock is given to them on a priority basis. The ecommerce companies thus promote preferred sellers without directly being involved in the trade, the group claimed.

Earlier this week, the Confederation of All India Traders (CAIT) had said that it will launch a month-long nationwide agitation against ecommerce giants Amazon and Flipkart for their alleged business malpractices and issues related to goods and services tax (GST) evasion. The campaign will begin on March 5 and continue till April 5, 2021.

The AIMRA and CAIT agitations come in the backdrop of a recnet Reuters report, which highlighted that 33 Amazon sellers accounted for about a third of the value of all goods sold on the company’s website in early 2019. The report added that two sellers — Cloudtail and Appario — in which Amazon had indirect stakes made up around 35% of the platform’s revenue through sales in the same period. Overall just 35 sellers on Amazon accounted for roughly two-thirds of all sales.

In documents, Amazon is shown to have twisted statements and tried tricks to get away with the scrutiny under India’s FDI rules for ecommerce marketplaces that were set up in 2018. Amazon India head Amit Agarwal called the report “unsubstantiated, incomplete and factually incorrect”. He, in an email, assured the company’s employees that Amazon has always been compliant with Indian laws and will continue to do so.

However, the Indian government has also ready taken notice of the report and the enforcement directorate (ED) is looking to tighten its grip around Amazon India. Importantly, the Department for Promotion of Industry and Internal Trade (DPIIT) had requested ED and the Reserve Bank of India (RBI) to look into the alleged FDI and  Foreign Exchange Management Act (FEMA) rules violations in January 2021.