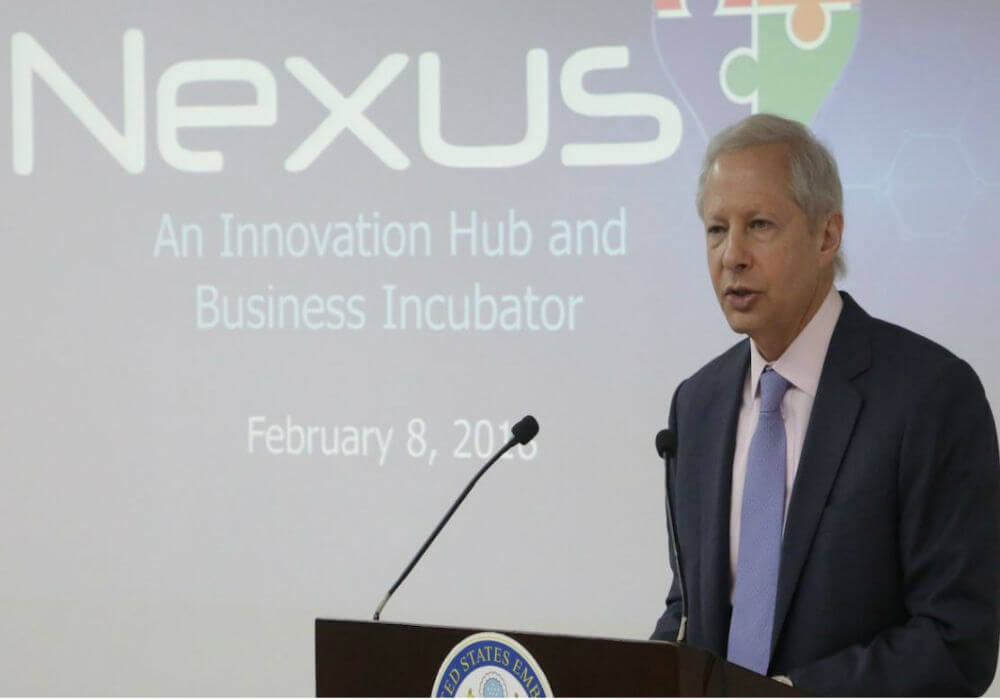 The US Embassy has announced the launch of the Nexus Startup Hub at the American Center in New Delhi.

The programme is aimed at helping and supporting the dynamic startup ecosystem in India. It is meant for the innovative Indian startups and will also disseminate the best American business practices in entrepreneurship and incubation.

Speaking at the launch, American Ambassador Juster said, “Nexus began operations in March 2017, two cohorts of ten startups each have completed a ten-week intensive, pre-incubation program. Nine of those startups have been selected for long-term incubation.”

Nexus’s third cohort of ten startups began the pre-incubation program at the end of January.

The programme will provide training, mentoring and networking opportunities to entrepreneurs and it will be extending its support to the female entrepreneurs throughout India.

A programme that is also women-focussed, is designed to support and empower women with entrepreneurial interests studying at different Indian universities to overcome barriers and become future leaders in India’s startup ecosystem,

The announcement was followed by yet another announcement in which the Embassy declared South Asia Connect at Nexus, a new grant provided by the State Department’s Bureau of South and Central Asian Affairs.

The grant will support the expansion of Nexus’ offerings to include startups in Bangladesh, Bhutan, Nepal and Sri Lanka.

Commenting about the programme, Nexus Erik Azulay, Director of Nexus said,  “The response to the Nexus program has been overwhelmingly positive and we have already seen some great results from our first two graduated cohorts of startups.”

He further added, “The Nexus team is excited about engaging with the innovation ecosystems in Bangladesh, Bhutan, Nepal, and Sri Lanka and working to set up the same kind of active network we are building here in Delhi.”

Nexus is run in partnership with the IC2 Institute at the University of Texas-Austin. It has been effective in bringing advisory board members who are some of the biggest names in the Indian innovation ecosystem.

The Nexus projects in India will have an impact on financial technology, education and a host of other fields.

The Indian government is aggressively rooting for programmes such as Make In India, Startup India, Atal tinkering Labs and more, in order to cultivate an entrepreneurial mindset at the grassroot level.

The recent cross-border partnerships with nations like Israel, Portugal with ‘Startup’ as a focus, is worth admiring.

Further, the US and India also recently hosted co-hosted the Global Entrepreneurship Summit in Hyderabad. The theme of the Summit was “Women First, Prosperity for All.

As the synergies between India and the US get allign, we will further look out to what will the American business practice add to the startup ecosystem in India will also be worth watching. Also, going ahead, with focus on women entrepreneurs, what innovation Nexus third cohort startups will bring on stage, will also be interesting to watch.