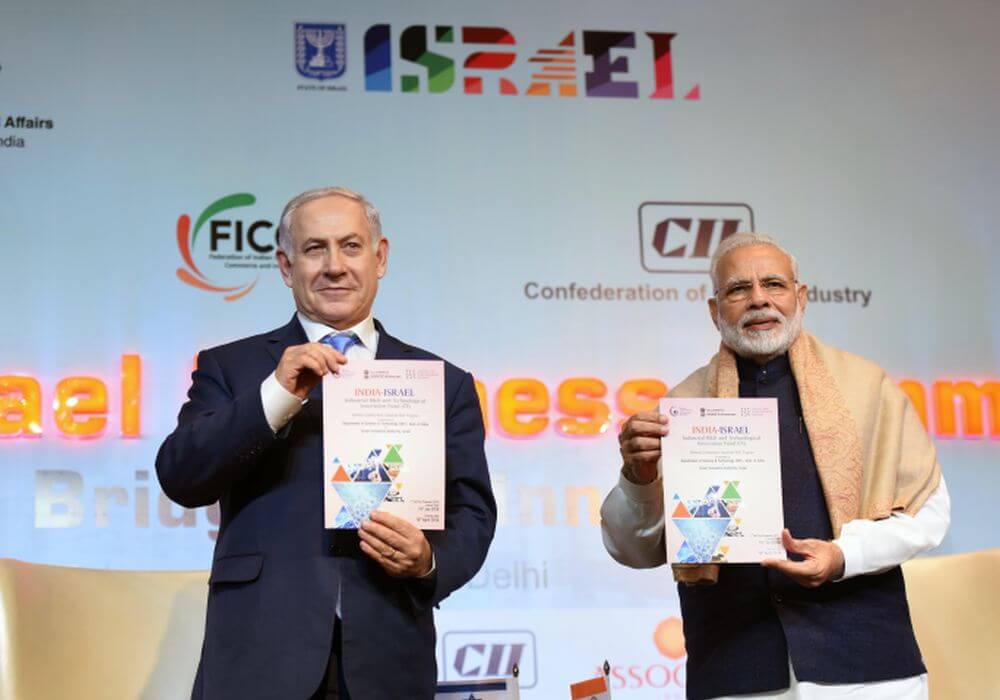 Addressing the India-Israel Business Summit that took place in the capital yesterday on the eve of Israeli Prime Minister Benjamin Netanyahu’s six-day visit, PM Modi stated said that there is a new energy and purpose that has invigorated India-Israel ties over the last few years and would help take this cooperation to greater heights. Reiterating that the country presents a vast opportunity for Israeli companies, he added, “We stand on the cusp of a new chapter in India-Israel relations driven by our people and mutual opportunities for the betterment of lives.”

Addressing Indo-Israeli CEOs forum with his Israeli counterpart Benjamin Netanyahu, PM Modi also pitched the country as an attractive investment destination before Israeli investors. “We are now among the most open economies. Just a few days back, we allowed 100% automatic route FDI in single-brand retail and construction development. We also opened up our national carrier, Air India, for foreign investors. We must attain the full potential of our ties. I invite more and more Israeli people, businesses and companies to come and work here,” he added.

PM Modi also pointed out that Israel is universally known as a startup nation with a unique ecosystem of innovation and incubation for which the credit goes to Israeli entrepreneurs. He said, “You have made a country of 8 Mn people shine as a global powerhouse of technology.” He added that India too is taking steady steps taken over three years at both macro as well as micro-level, to make a difference. He said, “Our motto is: Reform, Perform and Transform.”

He pointed out that there is a vast potential of the partnership with Israel as far as the Startup India campaign is concerned. “The India-Israel Innovation Bridge will act as a link between the Start-ups of the two sides. I have been saying that our industries, startups and academic institutions must collaborate with their Israeli counterparts to access the huge reservoir of knowledge. India has size and scale. Israel has sharpness and edge. There can be many ideas which can be useful or commercially scaled up here.”

The two PMs also launched the maiden call for joint R&D projects under the ‘India-Israel Industrial R&D and Technological Innovation Fund (I4F)’ during the summit. The fund was announced with the joint launch of the website and the unveiling of the brochure by the PMs. Both the nations will contribute $4 Mn each to the fund annually for the next five years.

The Innovation Forum also saw more than 10 business collaborations/MOUs being forged between Indian and Israeli companies. Additionally, as an added push to promote business opportunities in the US, India and Israel, a trilateral fund of $50 Mn was also launched by Israel-India Technology Group at the Tech Triangle Summit yesterday.

With this further follow up collaboration post the Innovation Challenge and clarion call from PM Modi for Israeli companies to India, the Indian PM hoped that trade with Israel will reach its full potential and surpass the current $5 Bn mark. He added that this is not only a diplomatic imperative but an economic one too. How many doors will the India Israel Business Innovation Forum open for both Indian and Israeli companies will be something to watch out for.