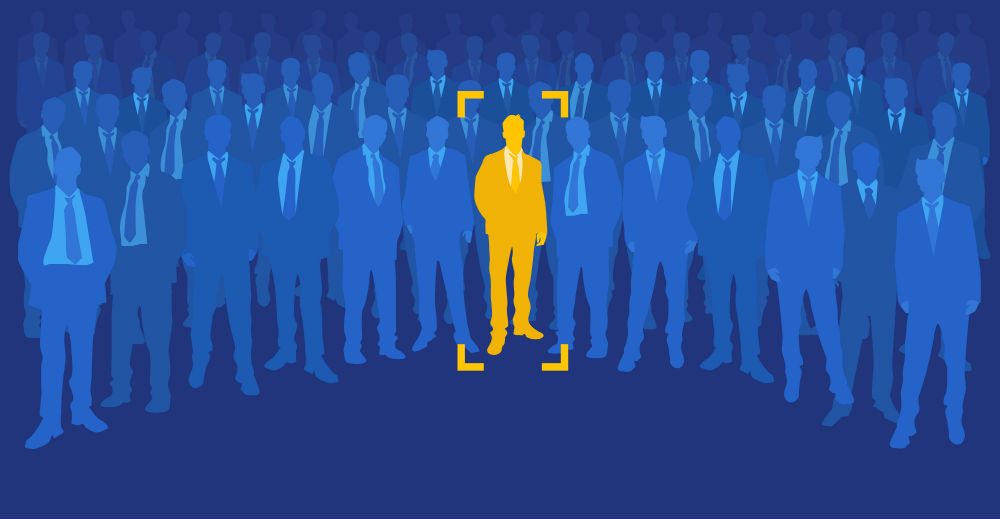 iPhone maker Apple, which recently touched $1 Bn in revenue from India, has named company executive Sanjay Kaul as its new country manager. Kaul, who has been designated as country sales director, takes over as India head months after Apple’s long-time India head Maneesh Dhir quit from the company to pursue other opportunities. Kaul has previously worked at rival phonemaker BlackBerry for three years where he headed the company’s channel sales. 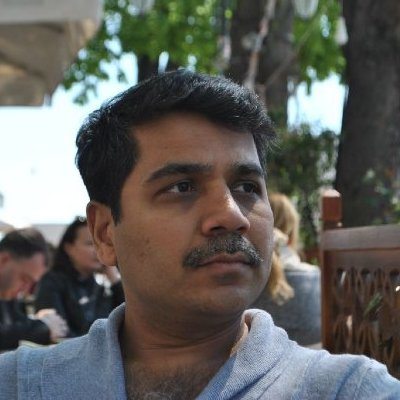 Furniture and home products marketplace Pepperfry.com announced the appointment of Neelesh Talathi as its chief financial officer (CFO). In this role, Talathi will lead strategy, financial planning, accounting, legal and corporate affairs for Pepperfry.com. He has close to two decades of experience overseeing large finance organisations for high-growth multinationals. He began his career with Hindustan Unilever and worked there for over 17 years across multiple geographies and businesses in roles such as director, financial analytics at Unilever and CFO of Unilever Mashreq. His last assignment prior to joining Pepperfry was with Vedanta Resources as CFO of Vedanta’s iron ore division. 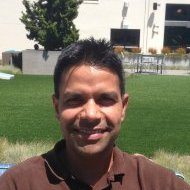 Stayzilla roped in former Twitter Director Pankaj Gupta as chief product officer and president of technology. Gupta’s aim will be to double Stayzilla’s listings on its platform to over 1 lakh in the next one year by building a community around homestays and alternative stays. Gupta is Ph.D. from Stanford University in Computer Science where he won the award for the best thesis, and an undergraduate from IIT Delhi where he stood first in the Dept. of Computer Science. He has published more than 30 papers and holds more than 20 patents. He is also one of the first 30 employees of Twitter. Before Twitter, Pankaj founded two startups that were both acquired. Pankaj will be shifting base from San Francisco to join Stayzilla at their Bangalore office.

Online marketplace Snapdeal named Saurabh Bansal as its vice president and head of category management. Prior to his latest role, Bansal held the position of vice president – Merchandising, Strategy that saw him leading analytics and merchandise planning at the online marketplace. Bansal’s new responsibilities will include, undertaking end-to-end category management, and he will also focus on the continued expansion of product and brand assortment on Snapdeal through strategic partnerships. Prior to joining Snapdeal in 2014, Bansal led strategy and new business initiatives at Jubilant Enpro. The senior executive holds a degree in Mechanical Engineering from the Birla Institute of Technology and an MBA from the SP Jain Institute of Management. Prashan Agarwal, an entrepreneur in the consumer internet space, has been appointed as  Chief Operating Officer at Times Internet owned Gaana. Before joining Times Internet, Agarwal had co-founded multiple internet ventures. Earlier, he was the co-founder of PropTiger.com, a real estate transaction marketplace. Agarwal is an expert in strategy, sales, operations and product management and has an overall experience of 14 years and brings extensive experience on all aspects of consumer internet businesses and tangible business models. In the past, he has held senior leadership roles at Naukri.com, GE Infrastructure and Sapient. He is an ISB and IIT alumnus. He has also been awarded the GE Infrastructure CIO Excellence Award for Outstanding Six Sigma Project and also won several laurels at leading school and colleges. 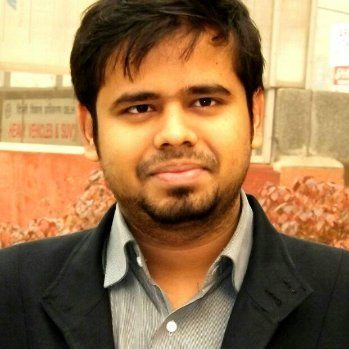 GirnarSoft, the parent company to CarDekho.com, Gaadi.com and Zigwheels.com has appointed Rohit Shroff as the Associate Director – Product and Growth. He was previously the CEO and co-founder of Holidify, a holiday discovery platform. In his new role, Rohit will channelise his entrepreneurial experience in improving product and driving growth across multiple platforms owned by the company. He is a chemical engineering graduate from Indian Institute of Technology-Mumbai. During the early days of his work life, he was a Quantitative Analyst at Motilal Oswal and Associate Consultant Indus Insights. Mobile services marketplace UrbanClap has appointed former Housing.com VP, Amit Das as its new Vice President – Design. In his new role, Amit will be responsible for leading the product development & design function within UrbanClap. Furthermore, his prior experience in data visualization & Interaction design, UI design, usability testing, and user research will be instrumental in furthering business goals of UrbanClap. He also hopes to develop critical problem solving solutions in order to curb any potential roadblocks within the company and help augment its stature in the ecommerce industry manifold. Amit, who started his career as a developer in Mumbai, had earlier worked at companies like Fab.com and FusionCharts. He was an integral part of Housing.com as the Head of its Design Team in March 2015. Gradually, Amit rose to become its VP, Design, where he conceptualized the next generation of housing & buying opportunities with design and data collaboration with its in-house data team. He had also joined Rahul Yadav’s venture Intelligent Interface. 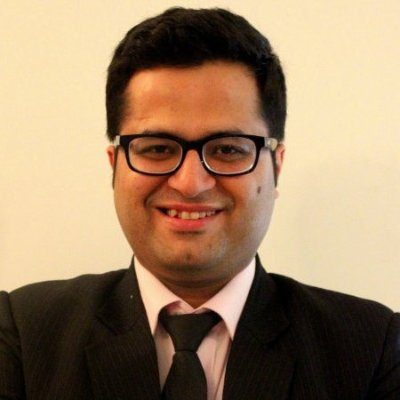 Doctor Insta, a startup that provides on demand video consultation from the doctors, has roped in Nitin Dua as Chief Operating Officer from Silicon Valley, USA. Prior to Doctor Insta, Nitin has held founding, investments and executive roles at health and high-tech startups & large organisations in India and US leading their global business and product including a senior management consulting position at PwC in their US Healthcare and Technology Advisory providing counsel to the CXOs of world’s Biggest Technology and Health Companies. He also serves as an advisor to startups and mentor to professional organisations like IEEE & Bio-design. Earlier, he was a Researcher at Stanford School of Medicine (US) and Cardiff University (UK) and has a MS in Electrical Engineering from Stanford University (USA) and BE from NSIT, Delhi (India). In his new role, Nitin will drive the Business Development, Marketing and International Expansion of Doctor Insta, along with strengthening the product and technology. 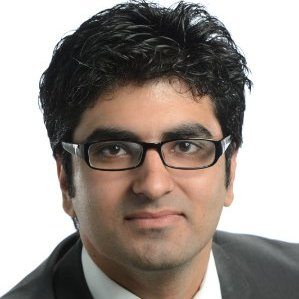 Doctor Insta also on-boarded Sidharth Mehta as Director, Operations from Paris, France. He is a B-Tech from Jadavpur University and an MBA from HEC-Paris (France). In his previous roles, Sidharth was working with different large companies like BP as well as startups in Europe.

At Doctor Insta, Sidharth will be a part of the core team and will primarily look into the Joint Ventures, Alliances and Tie-ups for Doctor Insta for higher brand visibility and recall. 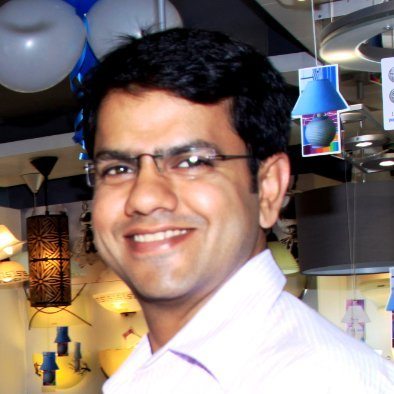 Jabong announced the appointment of Rahul Taneja as the company’s Chief Business Officer. He will report directly to the CEO, Sanjeev Mohanty and will be responsible for overseeing Category management, pricing, creative campaigns, and offline/brand marketing. Rahul is an alumnus of Indian Institute of Management, Bangalore (IIMB) and comes with over 14 years of experience in accelerating teams & businesses at Fortune 500 organisations such as Procter & Gamble, PepsiCo and Philips. He has led sales and profit growth across large brands such as Lay’s India, and has ramped up small businesses such as Home Lighting India and Rang7.com. Prior to joining Jabong, he was the VP, Head – Category Management at Snapdeal.

Real estate platform Housing.com announced the appointment of Ashish Laghate as AVP – Product. Ashish will focus on developing world class consumer products and innovation. In his eight years stint, Ashish has worked extensively in brand, product management and technology strategy functions at Amazon, Time Magazine and the Washington Post. Ashish has also spearheaded multiple high visibility projects including the Presidential Election of 2012, the Midterm Election of 2014, the Washington Post Paywall initiative, the Partner Program, Kindle Singles, and the Washington Post IPhone/IPad and Android apps.  He also worked with Amazon on its digital initiatives focused towards developing the product road map, and enhancing the state-of-the-art software system. Prior to joining Housing.com, he was an entrepreneur and founded Healthtec to develop a product that provides real-time health care and monitoring to people in rural areas through mobile technology. 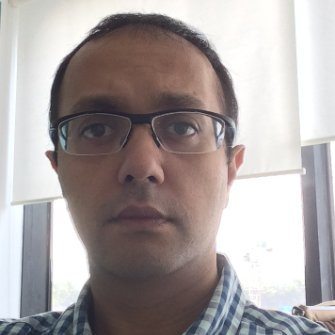 TranServ has appointed Salil Mody as senior vice president of corporate strategy. Mody was the former senior director of South Asia Market at Mastercard and has also worked with PayPal. Salil comes with an MBA from Kellogg School of Management and holds a Master’s degree in computer engineering from University of California. He comes with valuable experience in the payments space with 8 years at PayPal across Silicon Valley & India.  Prior to joining TranServ, he was at MasterCard where he was responsible for market development for South Asia. At TranServ, Salil will focus on driving corporate strategy, inorganic growth and innovative initiatives like micro-credits.

The digital payments company has also onboarded former head of partnership at MobiKwik, Ushpinder Singh as the senior vice president and head of merchant business. Ushpinder has joined TranServ to lead the Merchants Business and would be responsible for sales of the Udio product suite with a focus on API integrations & digital payment solutions of the company. Ushpinder comes with 16 years of work experience with 6.5 years in the mobile payments space. Prior to TranServ, he was heading partnership & strategic alliances at MobiKwik. Before venturing into mobile payments, Ushpinder has worked with various CMM L5 technology consulting companies, both in India and US.