To begin with, beyond the already disrupted titles in the ecosystem, Tokyo-based communication app LINE has introduced a new role— Chief WOW Officer. In its Code of Conduct, LINE STYLE, LINE describes its core value using the word “WOW.” WOW is an unprecedented user experience or a piece of front-page news. And, Jungho Shin, is the Chief WOW officer. So, WOW!

Beyond this in India, Southeast Asia’s largest ride-hailing app Grab is expanding the scope of its India engineering team to include geomapping and data science as it looks to offer a super app to its customers in the region. Also, Bengaluru-headquartered online furniture retailer Urban Ladder has laid off 60 employees as it looks to make its team lean to gain profitability this year.

India-born ex-PepsiCo chairman Indra Nooyi has joined the board of ecommerce giant Amazon. Amazon while revealing its SEC filing said Nooyi will serve on the board’s audit committee

Here’s a look at other movers and shakers of the week. 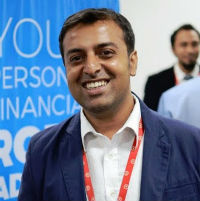 Santosh Kumar Appointed As The New CEO Of Digibooster

Mumbai-based Digibooster has announced that it has appointed Santosh Kumar as its new CEO.

Kumar comes with nearly 17 years of experience in Investment Banking & IT Global Project Management, retail venture and tech startups. He has handled projects across geographies for large MNCs like Societe Generale, Thomson Reuters.

He was the cofounder CEO of SpotPlay, a patent pending Travel entertainment product that had been actively deploying the product in Chile, India and Thailand. He also cofounded Panache Silver in 2013, a silver omni channel venture which became the first silver brand to be launched on Flipkart and has expanded to 2 outlets in Bengaluru.

In his new role effective February 2019, he will be responsible for building a scalable global technology enabled marketplace for short format content.

With over 9,000 highly curated global subscribers for their weekly newsletter; Digibooster is focusing on becoming the go to place for anyone looking to buy short format content including content websites, brands, facebook pages and Youtube aggregators and even individual influencers looking to build deeper engagement and traffic on their websites and pages. 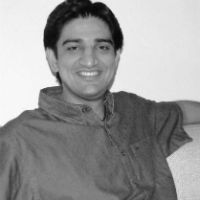 With his 15-year experience in HR across sectors and regions including his invaluable work in Organisation Behaviour and psychology, Teotia has earlier worked with a variety of different kinds of organisations including online (Goibibo) and offline (Max), alongside complex geographically spread organisations (Mother Diary).

In his new role in the core management team at LimeRoad, his responsibilities include creating a strong talent pipeline for LimeRoad and helping build LimeRoad into a robust platform that attracts and retains the best talent.

These promoted executives will now be responsible for making independent investment deals, either as a part of Accel’s fundraising cycle or through limited partners.

Seattle-based tax compliance automation for businesses of all sizes Avalara announced the appointment of Amit Mathradas as president and chief operating officer (COO), Sanjay Parthasarathy as chief product officer (CPO), and Ross Tennenbaum as executive vice president of strategic initiatives. Based out of the company’s Seattle headquarters, the three newly created positions will join Avalara’s executive team and more than 1,600 team members worldwide.

With an experience of over 14 years, Mathradas served as general manager and head of North American Small Business at digital payments company PayPal, where he led the company’s small business segment, managing teams responsible for acquisition, activation, cross-sell, and retention for millions of merchants.

Parthasarathy comes with over two decades of experience and was a senior executive and leader at Microsoft. Parthasarathy also helped launch the .NET platform, and as regional director of Microsoft South Asia, he was instrumental in Microsoft’s early investment and expansion into India.

In his new role, he is now executive vice president of strategic initiatives, which encompasses products from various investments and acquisitions.