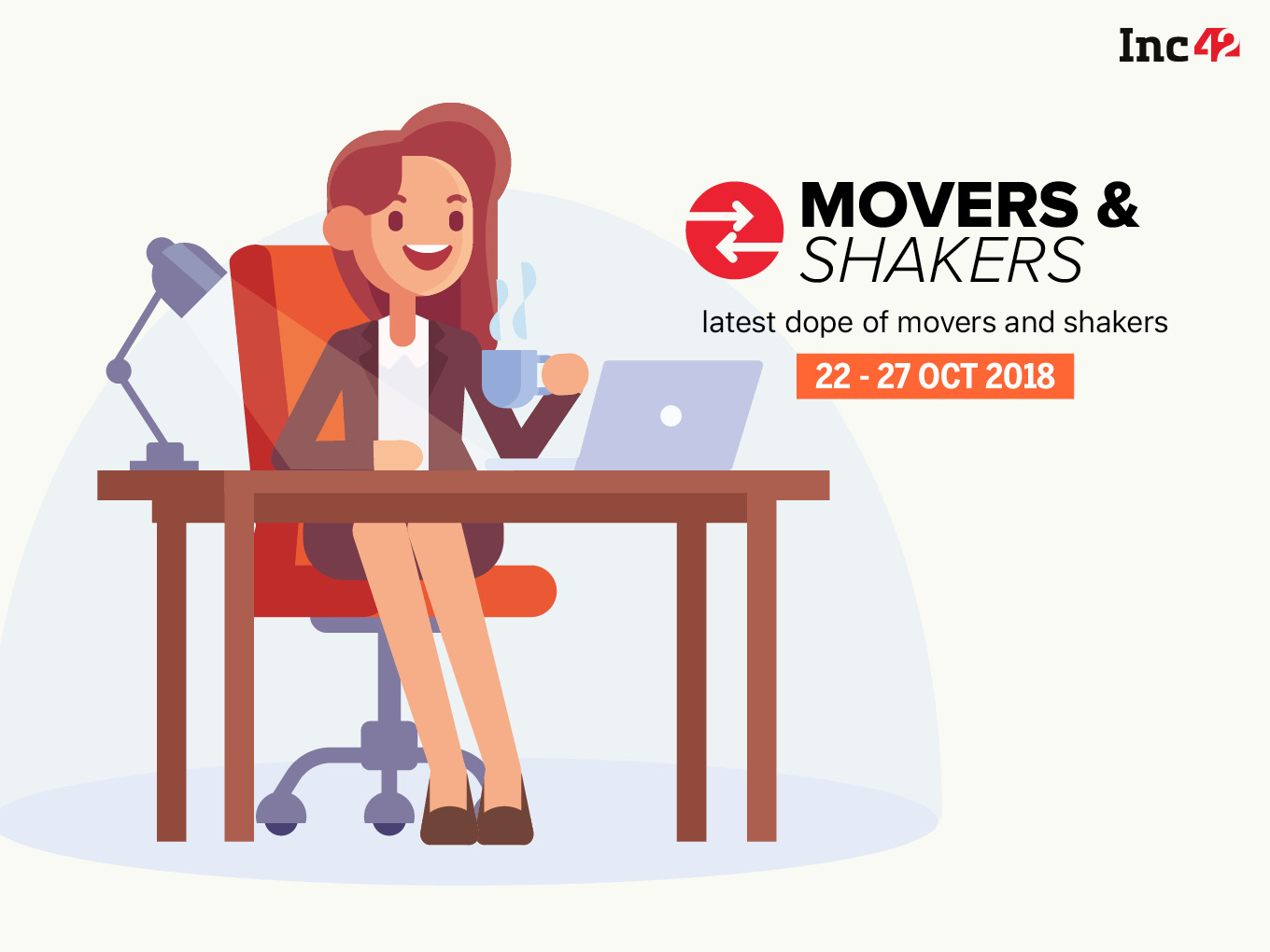 In the middle of the controversies and tough times after Reserve Bank of India (RBI) asked the Paytm Payments Bank to stop onboarding new customers in June, the company has now appointed veteran banker Satish Kumar Gupta as managing director and CEO. Gupta replaces Renu Satti, who stepped down as CEO of Paytm Payments Bank and took over as the chief operating officer (COO) of Paytm’s new Retail model.

Prior to joining Paytm Payments Bank, Gupta has worked for more than three decades with the State Bank of India. He then worked as the chief project officer at National Payments Corporation of India, which manages payment products like Unified Payments Interface.

In another development,  Hotstar has announced the appointment of Sameer Kapoor as Vice President – Agency Ad Sales. In his new role, Sameer will be responsible for driving the relationship with media agencies to deliver measurable and impactful media strategy for clients through Hotstar. Sameer will be operating from Mumbai for his role at Hotstar.

Also, Sony Pictures Networks India (SPN) has roped in Indranil Chakravorty as the Head of StudioNEXT, its independent production venture, who will be reporting to Danish Khan,  Business Head at Sony Entertainment Television (SET). 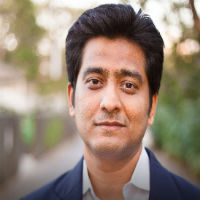 the addition of Sajith Pai as Director of Research and Analysis in Delhi in September. Further, it will establish a full-time office and team on the ground in Bengaluru, which it plans to complete by early 2019.

Ashish held the role of CFO formally but was also instrumental in assisting the Investment team on Growth investments. In his new role, Ashish will oversee the overall Finance Function including Risk management, support Fundraising, and help the Investment Team on the portfolio that graduates to Growth stage as well as all companies that are headed to Exits for Blume.

A key member of Blume since 2012, Ashish led structuring of early-to-growth stage investments, alongside Karthik Reddy, and had oversight for all transactional complexity, including notable exits like Zipdial by Twitter, TaxiforSure by Ola, Promptec by Havells, E2E’s partial exit on NSE Emerge, Mettl by Mercer etc.

In 2013, he led the establishment of Blume’s platform and support services arm, Constellation Blu – a 40-member team providing a wide range of advisory services such as transaction support, regulatory and compliance services; and since 2016, talent management for portfolio companies.

Additionally, Blume expects to grow to a 3-4 member team in Bengaluru by early 2019. With a sizeable portion of its current portfolio based there, this will further strengthen Blume’s brand and presence in the southern capital of startups. 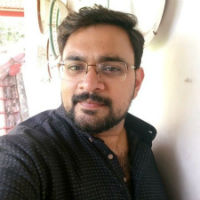 Studio Mojo, the Bengaluru-based regional video network has roped in Mithun Koroth as their Business Development Director to be based in Mumbai.

Mithun will work with OTT platforms for creating original programming in various regional languages. He will also be responsible for licensing regional language content to Telcos, IPTV players and OTT players both in India and in markets such as Middle East and North Africa region and Southeast Asia where there is the huge appetite for regional content.

Mithun joins Studio Mojo from Sony Music where he was leading the video business vertical. He has 15 years of experience in the Television and Online media space. He had earlier worked with companies like MTV, Viacom 18, STAR India, and Hotstar.

Studio Mojo was set up last year by the former CEO of iStream.com, Radhakrishnan Ramachandran to tap into the fast-growing regional video entertainment market. 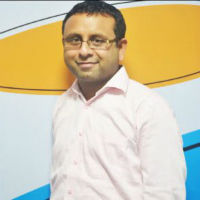 Chqbook.com has announced the appointment of Sachin Arora as the Chief Technology & Product Officer (CTPO), in charge of technology and product innovation for the startup.

This move can be considered as part of the plan to build a strong user centric platform for financial services. Having served as the CTO and Chief Customer Experience Officer at Myntra earlier for close to five  years, Chqbook believes that Sachin is well suited for the role as chqbook.com scales its product and distribution reach.

Arora, who is moving on from Amazon, is considered to be an iconic expert in the ecommerce industry and has worked in technology and customer experience roles at multiple organisations including Trilogy, Myntra, Amazon and others. 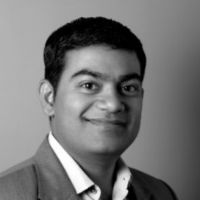 Sistema Asia Fund Advisory (SAF), one of the most active market leading VC funds in India’s growth story has announced the appointment of Sumit Jain, a seasoned Investment Banking and VC veteran as part of its senior management team.

An alumnus of IIM Calcutta and IIT Kharagpur, Sumit joins SAF from Kalaari Capital where he served on the Boards of 15+ portfolio companies as primary board member and observer.

While at Kalaari, he was involved in raising Kalaari Capital Fund II (US$164M) and Fund III (US$290M) including building investment thesis, capital deployment model, sector focus, due diligence and Limited Partner presentations. He also played a key role in sourcing and executing 7 investments across the 2 funds and supported 3 exits from the portfolio.

SAF was set up in late 2015 with a $40 Mn commitment from Russia’s largest consumer oriented financial corporation P.J.S.F.C Sistema. Sistema has now decided to double its commitment to the fund to $80 Mn as well as share the opportunity with external investors, targeting a total fund size of $120 Mn. Successful (first) closure of the fund is being secured soon. 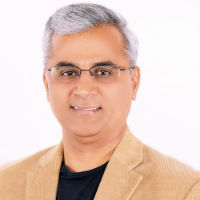 Raj Reddy Roped In As Founder & CEO Of Valuepoint Digital

Raj Reddy has an experience of over 20+ years. His unique ability to stitch long-term value creation with immediate actions and results has benefited global clients immensely with specific focus on transformation through new age digital technologies, IT and BPM.

Raj Reddy had been working directly with the Boards and CEOs of top two Indian IT companies and has driven large-scale organisational transformational programs. He played an instrumental role in a successful private equity transaction along with the management team with industry-leading EBIDTA multiplier. He was the Managing Director of a leading digital technology solutions company.

Under his tenure and guidance, organisations have won accolades from Gartner, Nelson Hall and Forrester. 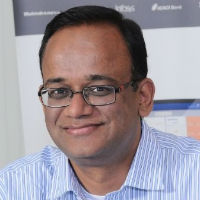 Yoti, one of the leading UK-based digital identity apps, announced the appointment of Shantaram Jonnalagadda as the Country Head for Yoti India. Shantaram will be responsible for Yoti’s India business and will spearhead the company’s expansion in the country.

Shantaram has been on an entrepreneurial journey since 2008, across agriculture, retail analytics, e-commerce and design services (UX/UI) sectors. He is the former CEO of Kurinji Orchards India Limited, an agri-tech startup. He also served as the CBO at Moonraft Innovation Labs.

He spent more than 14 years at Infosys in different roles, primarily developing international markets for Finacle. He is an alumnus of Kellogg School of Management, Northwestern University and XLRI, Jamshedpur.

Yoti launched its India operations in February 2018. It has witnessed great interest from sectors like e-commerce, telecom, BFSI, fin-tech and travel and tourism. It has already partnered with TrulyMadly to create a safer community of online daters.

India is a key market for Yoti, where over 330 Mn adults have smartphones and millennials are well educated and open to adopting new technologies.

Yoti transforms government approved paper ID documents, like passports, into a digital identity, giving individuals and businesses an easier and more secure way to prove and verify identity, online and in person.

The company is looking to expand its presence in India, at a time when online commerce and services on the one hand and identity verification, digital identity and digital privacy on the other hand, are seeing unprecedented attention and adoption in the country.

Yoti aims to hire about 100 people initially by the next year to set up product development and identity verification teams in India.

IntelleGrow, an Aavishkaar Intellecap Group company, announced the appointment of Nikesh Kumar Sinha as Chief Executive Officer. Nikesh joins IntelleGrow from Axis Bank where he was the Head of the Medium Enterprises Group.

Nikesh brings 21 years of experience in banking and finance. As IntelleGrow transition from an early stage institution to prepare for growth, Nikesh’s experience would be invaluable in guiding its growth and scale.

Nikesh Kumar Sinha has been a career banker with 21 years of experience. Nikesh is A Mathematics graduate from St. Xavier’s College Kolkata and his interest in the environment earned him a post-graduate degree in Forest Management from IIFM, Bhopal.

Nikesh was one of the early joinees at Axis Bank and completed over 20 years of service with the bank. Some of his roles at Axis Bank include a stint as Deputy CEO of the Singapore Operation.