More than 50,000 jobs in data science and machine learning are lying vacant due to shortage of qualified talent 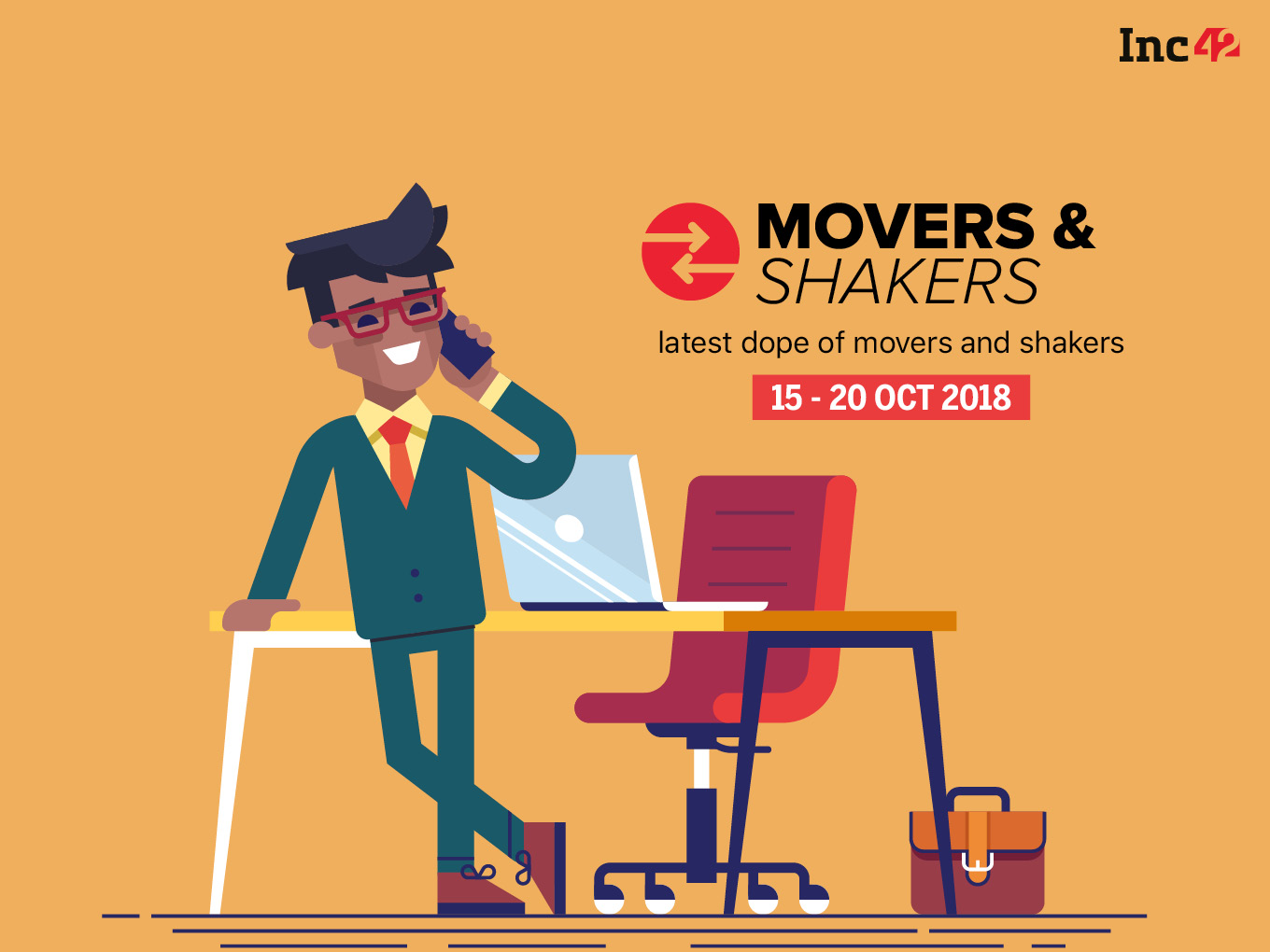 In one of the biggest movers and shakers this week, Divyank Turakhia revealed that he would be stepping down as the CEO. Divyank shot to fame selling his bootstrapped company at $900 Mn valuation – one of the largest ad tech exits ever – and now, plans to put his energies towards his various global investment portfolios.

Also,  chief marketing officer of Myntra and head of Jabong Gunjan Soni, and Myntra’s chief strategy officer and head of categories Ananya Tripathi have decided to leave the organisation. Both Soni and Tripathi will continue working till the end of this year.

Further, Automation software company UiPath is focusing on captives to grow its market in India and has begun boosting its hiring to tap into demand. The company, valued at $3 Bn, is looking at raising its headcount to 1,200 by the end of 2019 with a mix of technology and business hires.

Overall, at present, more than 50,000 jobs in data science and machine learning are lying vacant due to shortage of qualified talent, says an industry report. Such is the situation that the market has twice the number of jobs as jobseekers, indicating an urgent need for professionals to upskill, said the study by online and hybrid education company Great Learning.

Let’s have a look at the other movers and shakers of the week!

Paytm Money Appoints Cyrus Khambata To Its Board of Directors

Khambata, an industry veteran of capital markets has diverse experience spanning across four decades.  He played several key roles at CDSL that eventually led towards it becoming the leading depository in India. He was responsible for setting up multiple products and businesses which includes KYC Registration Agency (KRA), Insurance Repository and others.

Cyrus also served as the Managing Director of CDSL Ventures Limited (CVL) and CDSL Insurance Depository (CIRL) and completed his tenure as Group Advisor to CDSL and its subsidiaries.

With over 20 years of experience in the IT industry, Vinod brings with him a strong track record of creating and leading high-performing teams to spur business growth, develop C-level strategies, establish strong partner ecosystem and drive employee engagement. Prior to joining Cloudera, Vinod was Head of BFSI vertical at Hitachi Data Systems. He has also worked with other leading technology companies such as Sun Microsystems, Veritas Technologies, Compaq HP, and Ontrack Solution Pvt. Ltd.

BankBazaar, one of India’s leading financial products marketplace, has appointed ex – RBI Deputy Governor, S.S. Mundra, as an advisor to the company. According to BankBazaar, Mundra’s expertise will help in driving 100% Paperless and Presence-less finance in India.

Mundra, who has a banking career spanning over four decades, was heading the state-run Bank of Baroda before his superannuation and then had a three-year term as the Deputy Governor at RBI.

He will be working with BankBazaar as an advisor in its journey to bring access to the right financial products to all Indians.

BankBazaar has further extended its senior leadership team with the addition of Senthil Arumugam as Head of Customer Service. Based out of Chennai, Senthil would be leading BankBazaar’s Customer Service operations in Chennai and Bengaluru.

Senthil brings over 15 years of leadership experience in Supply Chain Management and Operations. Prior to BankBazaar, Senthil was part of US LBM Holdings, a leading building materials distributor in the US. According to BankBazaar, his functional knowledge from multiple industries of varying sizes makes him the ideal choice to develop and implement processes to scale up Customer Service operations.

This appointment comes on the back of an earlier announcement where the company stated its plan to hire over 800 employees in FY19. At the close of Q2, BankBazaar has already crossed the half-way mark and is continuing to hire aggressively.

Vatsana Technologies, the parent company of WittyFeed) has appointed Harsh Mani Tripathi as Chief Product and Strategy Officer to strengthen and accelerate product development and business-wide strategy implementation. Harsh is also a serial entrepreneur and an angel investor.

On this new journey, Harsh’s focus will be on creating and leading company’s product offerings as well as business strategies, in the endeavour to evolve Vatsana Technologies’ from a new age media company to a media-tech industry leader.

His key responsibilities would include driving Vatsana’s product vision as well as cutting across the organisation through creation and implementation of business strategies for serving Vatsana’s Billion plus consumers globally. He would also ensure that the entire organisation is led by a unified and cohesive vision.

Harsh is an electrical and electronics engineer by training. He was also awarded the prestigious ‘Young India Fellowship’ by IFRE and the University of Pennsylvania.

An alumnus of INSEAD, France, Sanjeeb Kalita joins Innoviti as Chief Revenue Officer. He brings over 22 years of diverse experience of Sales & BD, Large Scale Operations Management and building businesses across sectors like FinTech, IT & Telecom.

Sanjeeb till recently was the Chief Revenue Officer at Ezetap where he led the company’s international expansion, built partnerships and alliances, and was responsible for sales and revenue. He was previously associated with Bharti Airtel as Vice President & Chief Service Officer.

His induction is in line with Innoviti’s aggressive plans for scaling up of its business operations post the latest fund raise of $18 Mn in a Series B funding round led by the Singapore-based SBI FMO Emerging Asia Financial Sector Fund (the ‘SBI-FMO Fund’ jointly setup by SBI Holdings Group of Japan and FMO of Netherlands), Bessemer Venture Partners and existing investor Catamaran.