Microsoft is looking to join the likes of Facebook, KKR and Vista Equity Partners 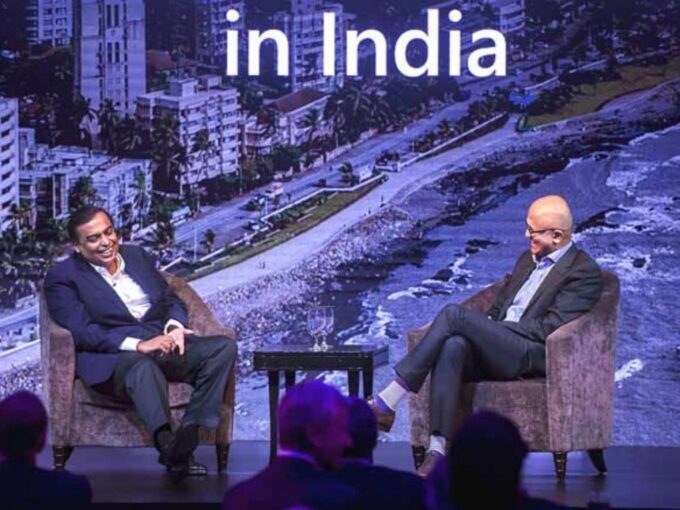 Tech giant Microsoft is reportedly looking to join the parade of investors in Reliance Jio Platforms, with reports of a $2 Bn investment in Reliance’s digital services company.

According to a Mint report, which cited sources, Microsoft is in talks to acquire more than 2.5% stake in Jio Platforms for $2 Bn. However, the deal is said to be in the early stages and many details are yet to be finalised. If successful, Microsoft will be the third-largest investor in Jio Platforms, after Reliance Industries and Facebook.

Incidentally, Microsoft and Reliance had formulated a partnership in August 2019 to offer free Reliance Jio connectivity and Microsoft Azure cloud services to tech startups and small and medium businesses in India by 2021. The partnership was aimed to accelerate the digitisation of the Indian economy and drive the adoption of cloud-based services among businesses.

At the time, Reliance had said that it would offer Microsoft Office 365 productivity suite and email exchange server support to startups. Besides this, the company said it would build new custom solutions on Microsoft Azure for large enterprises as well in advanced technologies such as data analytics, AI, cognitive services, blockchain, IoT and edge computing.

Of the total funding for Reliance Jio Platforms in the past couple of months, Facebook has invested $5.7 Bn (INR 43,574 Cr) for 9.99% of the company’s business. Followed by KKR and Vista Equity Partners, who acquired 2.32% equity stake in the company, in exchange for $1.5 Bn (INR 11,367 Cr) each. Silver Lake and General Atlantic have invested $746 Mn (INR 5,655 Cr) and $869 Mn (INR 6,600 Cr), respectively, in the company. The company is also said to be in talks with Saudi Arabia’s $320 Bn sovereign wealth fund for a potential investment in exchange for minority stake.

Reliance Jio and Reliance chairman Mukesh Ambani are said to be in discussions with banks for an overseas public listing of Jio Platforms. However, the stock exchange for the listing hasn’t been decided yet. The company is planning to list itself over the next 12 to 24 months, but no final decision has been taken on the timeline and size of the listing.