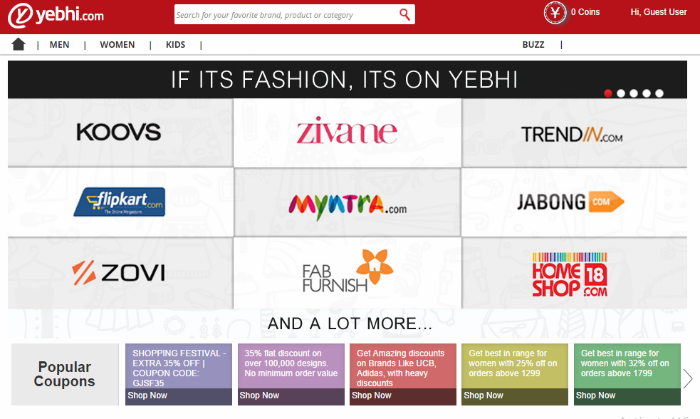 Online retailer Yebhi has finally found a right way for its survival in the on-going massive competition among ecommerce players in the country. Yebhi has now become an aggregator of products from other online retailers, as visible on its website. This was first noticed by online shopping community DesiDime. Though from the past 2-3 days Yebhi has been indicating that it will be coming in a new avatar soon through its Facebook page. 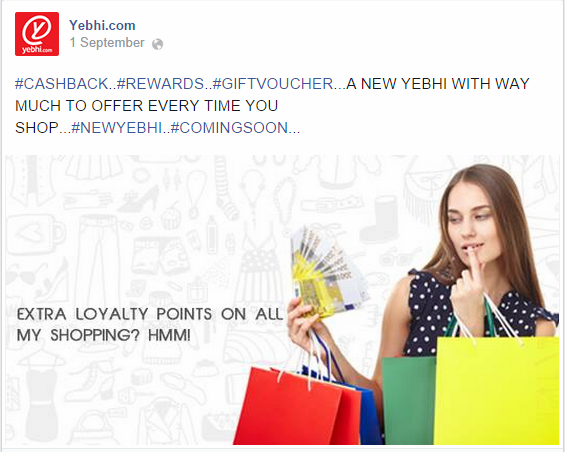 Yebhi currently has listed products from online retailers including  Myntra, Jabong, Zovi and Flipkart among others

How will this work?

After scrolling through the website, once the shopper clicks on the buy now button, he/she will be redirected to the respective stores to make the final purchase.

Well that’s not enough now, Yebhi will also act as a couponing site. Adding to it, when a shopper finally makes the purchase on the other sites, Yebhi will offer them Yebhi Coins, which can further be used by the shopper to buy gift vouchers and other coupons. 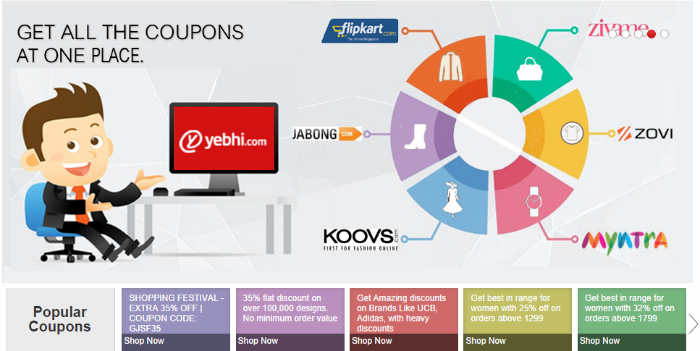 Manmohan Agarwal who was the CEO has stepped down from the post and has taken up the position of Managing Director. Yebhi’s co-founder Danish Ahmed, is the new CEO of Yebhi now.

With the change in model now Yebhi will be competing with other online coupon, product listing and cashback sites.

Since last year, Yebhi was looking to raise $30 Mn in funding, however it couldn’t manage to raise.

Raul Rai, MD of Fidelity, and Suvir Sujan, co-founder of Nexus Venture Partners left the boards of the company last year. Also, as per reports Nexus and Catamaran might have written off investment in the company. Throughout, on this situation, Yebhi was found saying that they are now not looking to raise funds and they don’t need any further investment, they are re-organising their cost structure to ensure that the company does not depend on future funding rounds.

Earlier this year, its co-founders Nitin Agarwal and Rajul Jain had left the company, and later it’s Chief Business Officer Nikhil Rungta also quit the company within one year of joining.

Related: Employees Cries Mercy, Nikhil Rungta Steps Down As CBO, Is Yebhi On The Road To Shutdown?

Recent reports of IRCTC not renewing its tender with Yebhi for its ecommerce arm was yet another troublesome situation for Yebhi.

Looking at the past situation and if the industry rumors were to be believed, the online retailer was expected to shut shop. But going through a cash crunch situation and being close to shut down and once again growing back with a different game altogether, Yebhi has set a big example for the struggling online retailers in the country. This is a great move by Yebhi Team to continue to run the company.

Best Wishes for the Yebhi Team.