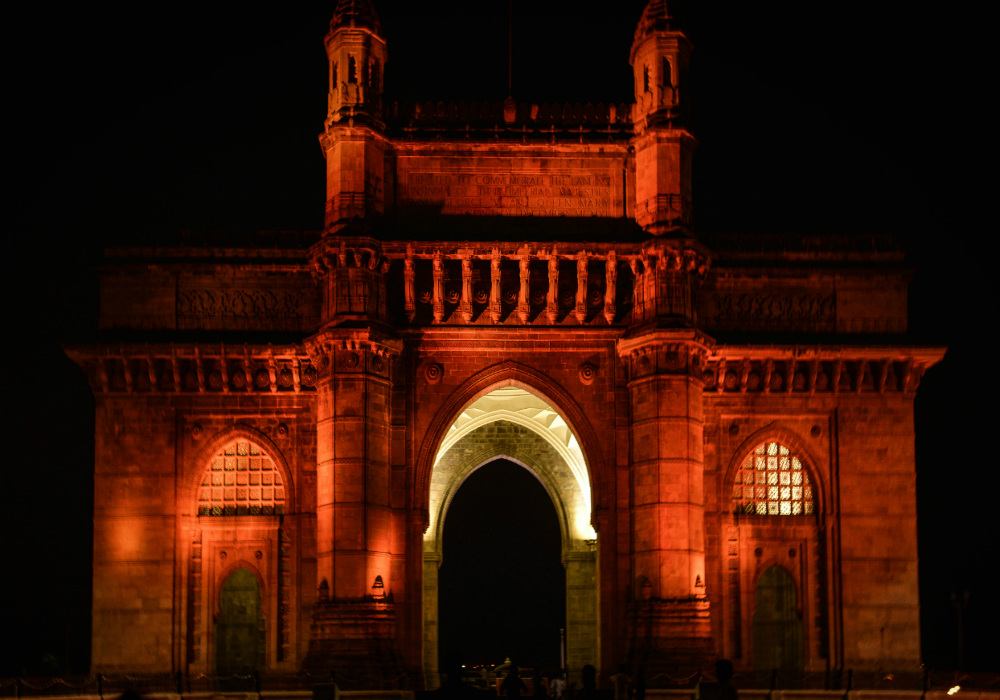 PM Modi’s Startup India initiative has certainly made the terms ‘entrepreneurship’ and ‘startups’ well known across India. Now, in an attempt to make buying/renting spaces for startups easy, the Maharashtra state government has proposed to issue a 100% waiver to startups or incubators on stamp duty and registration charges, on their first transaction. There’s a 50% proposed waiver on their second transaction as well.

The state has planned to introduce a range of funding concessions for budding entrepreneurs and SMBs in the draft of its Innovation and Startup Policy which has been uploaded online for suggestion and objections till May 8, 2017.

Commenting on the development, Deepak Kapoor, Principal Secretary, HRD told TOI, “Generally startups require monetary resources and human resources to function. In this policy we have looked at providing several fiscal benefits, as well as given an emphasis on encouraging innovation in the school and college years by proposing to revamp the education system.”

The objectives of the policy include attracting $779 Mn (INR 5,000 Cr) investment in development of startups, developing at least 2,000 startups in the next five years, and at least 10 lakh sq ft incubation space.

The draft also mentions that the state aims to open at least six incubators with support staff and high-speed Internet lines across the state. These incubators will target specific sectors, based on the economic activity of various regions. As per the policy, preference will be given to establish incubators in production and manufacturing, textile, automotive, pharmaceutical and chemicals, Information technology and enabled services, agro-processing and biotechnology sectors. Each incubator must have the capacity to host at least 10 startups and must have an incubation space of at least 10,000 sq ft. 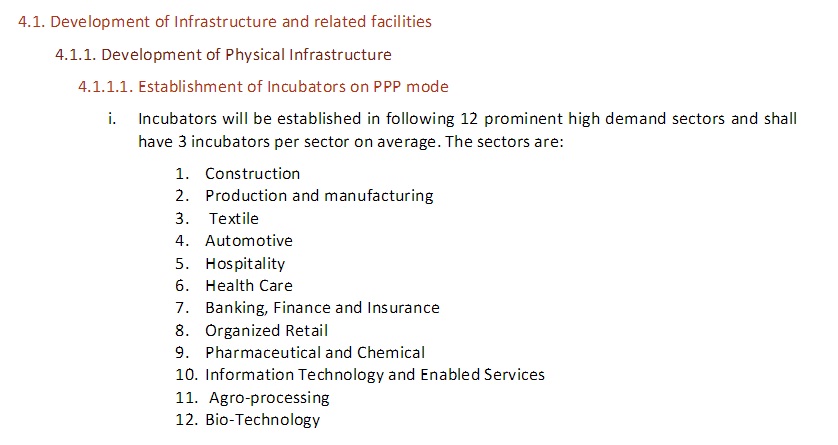 Furthermore, a process of self-certification under various Acts has been suggested in order to do away with the need to seek approvals. These include the factory act, maternity benefit act, and minimum wages act among others.

In an attempt to develop ease of doing business, the draft also proposes a single window system for permissions and licenses. Additionally, the timeframe for clearances is proposed to be brought down to 12 days.

The policy also proposes a state level ‘Start-up Cell,’ that shall look after IP protection, obtaining State and Central incentives, and thereby enabling entrepreneurs to focus on business and product.

It has also offered to establish an interconnected network with college campuses, to allow students to use their startup plans as project studies or to seek grace marks in their exams. If implemented, it will also allow students to offset their work on a startup against required attendance in college. Students involved in startup teams will be given 20% relaxation in attendance per semester. Also, students desirous of becoming entrepreneurs will be allowed a minimum of one gap year and a maximum of two gap years in their second institutional year. 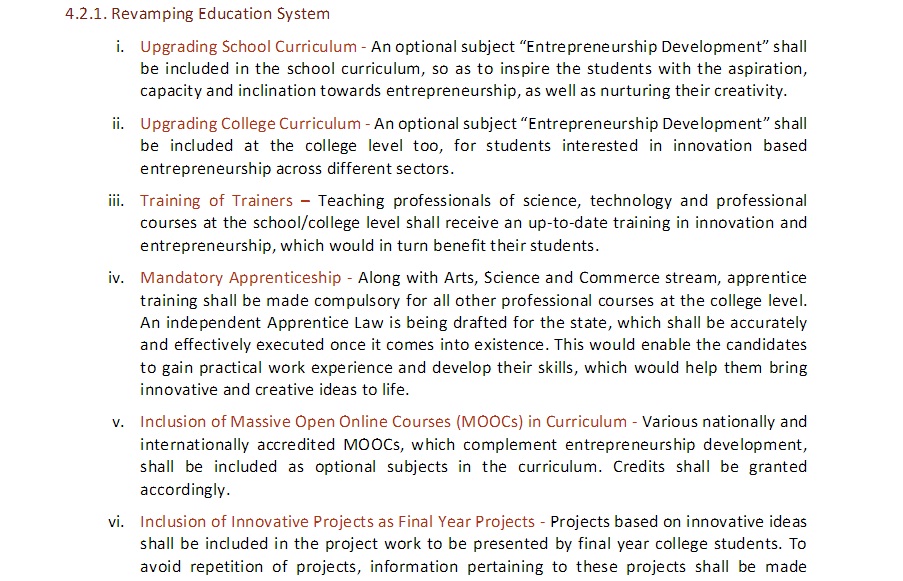 Maharashtra joins a long line of states who are proactive and receptive to homegrown startups.

In June 2016, the Gujarat government announced its IT and electronics startup policy to promote 2,000 new ventures in the next five years in the state. Under this policy, 50 incubators were proposed to be developed to mentor and guide the startups.

In August 2016, Odisha’s State Government led by Naveen Patnaik cleared a startup policy for the state. The state has aimed to set up 1,000 startups in the next five years for which the state’s MSMEs will provide a seed fund of $3.7 Mn (INR 25 Cr). Following the announcement, Patnaik met over 60 companies and received investment commitments of $13.5 Bn (INR 90490 Cr) for state investments.

Earlier in September 2016, the Bihar Government had also cleared the launch of the state’s startup policy. The policy includes a startup venture capital fund that aims at boosting entrepreneurship in the state. In the same month, the state Government of Chattisgarh launched the ‘Start-up Chhattisgarh’ initiative. Under this initiative, the state government aimed at nurturing startup companies which are closer to the local environment.

Last month, the Government of Bihar had enforced a new policy in place – the Bihar Startup Policy 2017 and set up a trust, with an initial corpus of $76 Mn (INR 500 Cr), to act as the nodal agency for implementation of this policy.

In January this year, Gujarat had introduced India’s first Student Startup and Innovation Policy. As part of the initiative, a State Innovation Fund with a corpus of $29.3 Mn (INR 200 Cr) will be provided to the students during the next five years.  Under the policy, students will be provided with pre-incubation support – which includes helping students to convert ideas of students from Proof of Concept (PoC) up to Minimum Viable Prototype (MVP) and to create a support system for Patent filing.

Telangana, Uttar Pradesh, Karnataka, Jharkhand, Kerala, and Rajasthan are the others states that have already announced policies pertaining to startups.