In response, Khatabook launched a counter-attack on Growthpond accusing the company of stealing intellectual property and proprietary data

We think that storefront apps are a very relevant solution for small businesses in India to continue doing business in the world with pandemic reality, the companies said in a press statement 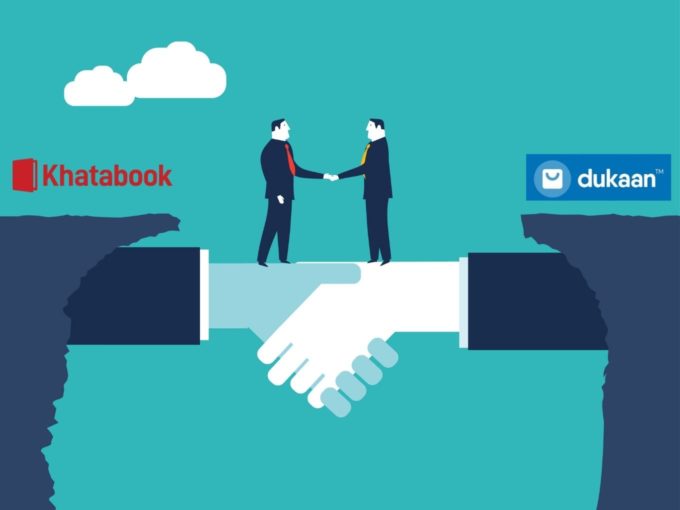 After two months of controversies and blame game, Khatabook-Growthpond (MyDukaan.io) has finally ended with both the companies mutually settling their legal dispute concerning the Dukaan app. Khatabook will acquire nominal equity in Growthpond’s Dukaan as a part of the settlement process whereas Growthpond will now be allowed to list its Dukaan app on the playstore.

Khatabook and Growthpond, in a joint statement, said, “We think that storefront apps are a very relevant solution for small businesses in India to continue doing business in the world with pandemic reality. With this matter now firmly behind us, Khatabook will focus on driving the adoption of the shopfront app, MyStore, by Khatabook. Growthpond will get Dukaan re-listed and focus on the app’s continued progress.”

Growthpond’s Dukaan app has onboarded 2.7 Mn merchants across India since the launch of its platform earlier in July 2020. Further, it claims that Dukaan’s power stores have generated over 600,000 orders in the last three months, generating a total gross merchandise value of over INR 100 Cr. The company has raised $6 Mn seed funding from Matrix Partners India and Lightspeed India Partners, along with other investors.

Back in August, Growthpond Technology had sent a legal notice to Sequoia-backed Khatabook’s parent company Kyte Technologies for plagiarising its entire platform and trademark violation for its app ‘Dukaan by Khatabook’. Khatabook’s counterpart of Growthpond’s app was launched on August 3, 2020. The logos, description and functionalities of the apps are bordering on being identical.

Both the apps enabled digital storefronts for small merchants through an app. In our previous report, Khatabook’s $300 Mn SMB Empire In Plagiarism & Trademark Violation Trouble?,  we highlighted that even the colour palette of the UI and the layout of the two apps had an uncanny resemblance.

In response to the legal notice, Khatabook claimed that they had outsourced the development of the Dukaan app to Growthpond Technology Private Limited & Risemetrics Inc (Rankz.inc). “Post-development and on the premise of testing it, the outsourced team Growthpond Technology Private Limited & Risemetrics Inc (Rankz.in) published the app on Playstore, using Khatabook’s proprietary data, in what we see as a clear case of intellectual property theft,” Khatabook said.

In the course of the legal battle, Karnataka high court restrained Growthpond from running, operating and managing the ‘Dukaan’ application on any and all online platforms including but not limited to the Google Play store till the next date of hearing. Soon, the app was delisted from the Google Play Store, MyDukaan.io’s website, and other platforms as well. The app continues to be unavailable to date and will be up-and-running soon after the settlement.

Only last week, Growthpond’s CEO and cofounder Suumit Shah had highlighted that Khatabook was using reputation management and business intelligence firm AiPlex to take down all Dukaan-related videos from YouTube.  He claimed close to 300 videos on Dukaan have been removed from YouTube on the basis of a Karnataka High Court order. Inc42 could not independently verify the claim made by Shah about the number of videos that were taken down.