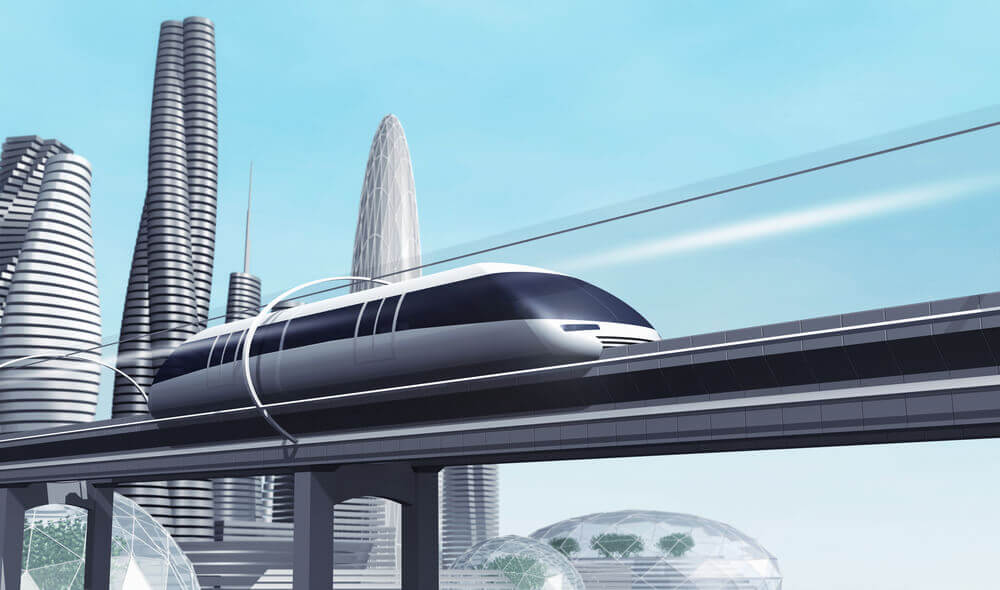 Los Angeles-based startup Virgin Hyperloop One has signed MoU with the Karnataka Urban Development Department (KUDD). The partnership aims to conduct its  preliminary study to understand Hyperloop’s feasibility and economic impact in the Bengaluru region.

This announcement came in soon after Virgin Hyperloop One announced its partnership with the Maharashtra and Andhra Pradesh governments.

Virgin Hyperloop One will be working with partners in the region and KUDD will help navigate the regulatory requirements and support the report with data.

“Bengaluru has been the IT hub of the country and all major giants have been functioning out of the region. The introduction of a technology like hyperloop will further add to the pace at which the state wants to grow,” said Priyank Kharge, ITBT & Tourism, Government of Karnataka. “We are happy to partner with Virgin Hyperloop One for its preliminary study in our region and we hope to bring out some concrete solutions for the state swiftly.”

Hyperloop Preliminary Study: How Karnataka Will Get Benefited

Karnataka is a growing hub for technology and innovation. Recently, when global research firm 2thinknow placed Bengaluru at the 19th spot amidst 25 most hi-tech cities in the world, Karnataka Ministers gave credit for this achievement to state government’s timely policies and vision.

Here is a glimpse of recent policy adoptions and initiatives taken by the Karnataka government to foster tech and entrepreneurship in the state.

Thus, looking at the previous initiatives, Karnataka is certain to embrace a hyperloop transportation solution to support its growing manufacturing, technology, and scientific research industries. The technology works on magnetic levitation with a pod inside a vacuum tube travelling at high-speed velocities to cut down travel time between great distances, significantly.

The preliminary study is intended to analyse the applicability and benefits of the technology, identifying high priority routes within the State based on demand analysis and socio-economic benefits, and inform the Government of Karnataka in any future decision to progress to the full project stage.

Virgin Hyperloop One will also work upon connecting the high growth cities such as Tumakuru, Hubli-Dharwad and Hosur within the state.

Some of the avenues where hyperloop could contribute are:

Virgin Hyperloop One was earlier known as Hyperloop One and was recently rebranded after receiving backing from the billionaire Richard Branson. The company was co-founded by Executive Co-Chairman Shervin Pishevar and CTO Josh Giegel, and is led by CEO Rob Lloyd. It also counts Elon Musk as its backer.

The company envisions a national hyperloop network that integrates seamlessly by linking nearly 75+ Mn people across the three metropolitan areas of the States of Karnataka, Maharashtra, and Andhra Pradesh to transform the transportation infrastructure in India

As claimed by the company in an official statement, its technology strongly aligns with India’s planned industrial and economic corridors and will show potential promise in terms of transit-oriented development to accelerate the country’s economic growth.

Apart from these three regions, the company also eyes further expansion to other Indian regions.

Recently Virgin Hyperloop One built and successfully tested a full-scale hyperloop system at its test track in the Nevada desert this past summer. In addition to India, Virgin Hyperloop One is working on projects in countries including the UAE, the U.S., Canada, Finland and the Netherlands.

“We recognise the vital role of technology in larger initiatives like that of Digital India, and we strongly believe that Virgin Hyperloop One can be a strong addition to this initiative,” said Nick Earle, SVP Global Field Operations, Virgin Hyperloop One. “India is one of the most important geographies for developing hyperloop networks and reimagining the complete transportation system,” he added.

Globally, the hyperloop technology has been tentatively named the fifth mode of transportation. Apart from Virgin Hyperloop One, there are other global companies working in the similar direction such as Arrivo, and Hyperloop Transportation Technologies. Also, there is an Indian company, Hyperloop One India, which gained the attention during  SpaceX’ pod-designing competition in 2015. The Karnataka Government’s efforts to boost the state’s tech ecosystem are proving to be fruitful. Certainly, the addition of infrastructure for it in the near future will open new doors of opportunities for the millennials in these regions.