Karnataka Looks To Resume All Ecommerce Activities By Next Week

Karnataka Looks To Resume All Ecommerce Activities By Next Week

Karnataka govt is seeking demand for computer and other related stuff

Meanwhile, Flipkart and Snapdeal are now ramping up their operations post-MHA guidelines 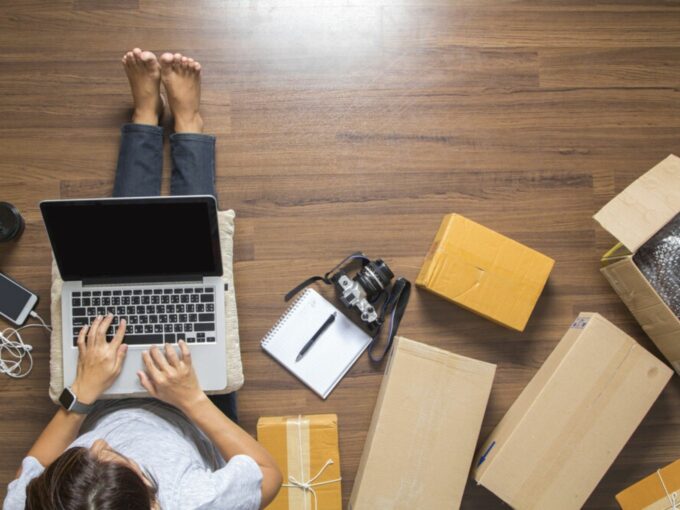 The Karnataka state government is considering to resume all ecommerce activities in the state from April 20. This would include the delivery of both essential and non-essential goods.

Deputy chief minister Dr. C N Ashwath Narayan told ET that the demand for personal computers and other related hardware devices and products has risen with companies opting for work-from-home. Therefore, the state government has decided to discuss whether ecommerce companies should be allowed to operate across all categories.

“We will take a decision in a day or two on delivery of non-essential items by ecommerce firms after holding discussions with senior officials, and in accordance with the revised guidelines,” Narayan said.

For now, ecommerce platforms are only asked to limit their operations to the delivery of essential goods such as food, grocery and other items of daily use. However, an ET report highlighted that several ecommerce companies have reached out to the state government, seeking clarity on resuming full operations as well.

Even the government of Odisha announced a new set of guidelines for phase II of the extended lockdown. First of all, all ecommerce companies, along with their third-party logistics support, will be allowed to resume their operations for the delivery of both essential and non-essential products.

Secondly, retail chains such as BigBazaar, Reliance Fresh and others have been allowed to conduct doorstep deliveries. Thirdly, the government has also allowed the logistics players like DTDC and BlueDart to resume their operations.

Meanwhile, the ministry of home affairs on the first day of the extended lockdown (April 15) rolled out a new set of guidelines to clarify the guidelines for ecommerce players. This came as a relief, especially after the problems and harassment delivery executives had to face in the first phase initially.

Since farming and agricultural activities are also allowed, the government has also introduced a provision for Intra and inter-state movement of harvesting and sowing-related machines and implements.

However, the recent guidelines have skipped the delivery of essential items-only provision. For this, ecommerce companies like Amazon have also reached out to the government to seek clarity on the same. Meanwhile, Flipkart, Snapdeal and Paytm are looking to resume all operations after April 20 in the green zones.

Srinivas Mothey, senior vice president of Paytm Mall, said, “The government’s decision has come at a very crucial time. This would help a host of non-essential goods merchants as they had to stop operations during this period of lockdown. We are already speaking to brands and our merchant partners so that they can start can go live with all categories on Paytm Mall.”

As per a PTI report, published on April 16, government officials have announced that ecommerce companies will be allowed sell mobile phones, televisions, refrigerators, laptops and stationary items from April 20.

Mobile phones, televisions, refrigerators, laptops and stationary items will be allowed to be sold through e-commerce platforms like Amazon, Flipkart and Snapdeal from April 20 during lockdown: Officials

Trade association of IT and business process outsourcing industry National Association of Software and Service Companies (NASSCOM) has also laid out certain recommendations for the government to resume ecommerce activities. In a tweet, NASSCOM has also thanked the government for opening up ecommerce operations in a phased manner.

We thank MHA for the comprehensive advisory on opening up the economy in a phased manner.
As states work on their way forward plans, we recommend the following steps to be taken for opening up the #ecommerce sector:@rsprasad pic.twitter.com/KXrLPctBIj