The Department Of Skill Development, Entrepreneurship And Livelihood Has Been Given To RV Deshpande, Who Will Be Handling Revenue Department As Well 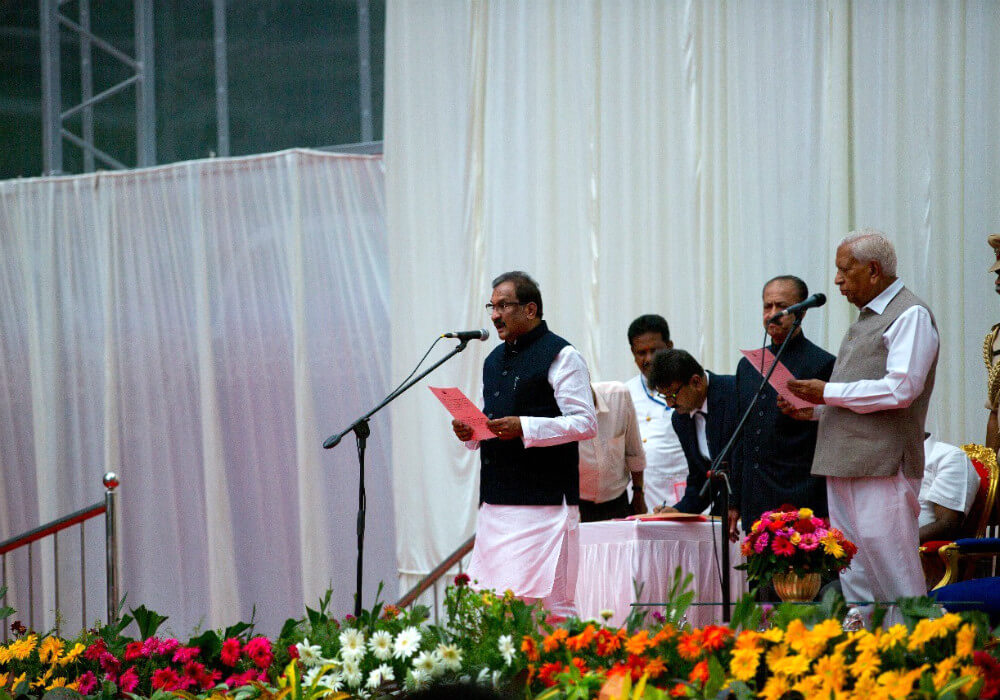 After a series of twists and turns in Karnataka that came as a result of the assembly elections, Congress MLA K J George has bagged the portfolio of information technology, biotechnology and science and technology (IT, BT and ST), replacing Priyank Kharge, who has been given another portfolio — the ministry of social welfare.

The state’s startup initiatives are run under the ministry of IT, BT and ST.

Another eighth term Congress MLA, R V Deshpande, will be handling the skill development, entrepreneurship, and livelihood department, along with the revenue department, excluding Muzrai.

The skill development, entrepreneurship, and livelihood department was earlier under the direct control of the former chief minister of Karnataka, Siddaramaiah.

In the past couple of years, Karnataka has been credited with taking a host of startup-friendly initiatives. While the state was the first to introduce a ‘startup policy’ in the country, it had also introduced the largest Elevate 100 incubation programme which saw the shortlisting of 112 startups for the incubation and state funding. The state government had also established a number of innovation and research centres to bridge the tech gap for the startups.

Besides Startup Karnataka policy, the department of IT, BT and ST has also introduced a dedicated innovation policy Karnataka i4 policy, KESDM Policy which promotes semiconductor/electronics/IoT related startups in the state, and dedicated Animation, Visual effects, gaming and comics policy for such startups.

As per Inc42 Tech Startup Funding Report 2017, out of total 885 deals that occurred last year, Bengaluru smoothly perched on the top position, scoring 366 deals, followed by Delhi/NCR raking up a total of 223 deals.

Even in terms of the total funding being raised for startups, Bengaluru tops the chart with an outstanding figure of $7.5 Bn funding. The second and third spots in the chart were taken up by Delhi with a total investment of $4.3 Bn and Mumbai with $582 Mn.

As most of the initiatives were taken after Priyank Kharge was introduced in the cabinet in 2016, TiE Karnataka chapter which comprises of 750+ members, including entrepreneurs, corporate executives, startup founders and community leaders had earlier requested the CM HD Kumaraswamy to let Priyank Kharge retain his position as Minister of IT and BT.

Marking Kharge’s contribution, the letter stated, “Kharge helped elevate the global stature of Bengaluru and Karnataka as the preferred destination for global technology and startup companies. He interacted extensively with industry executives, companies and organisations throughout his tenure, encouraging and empowering his departments to operate with high urgency and great transparency.”

However, many of the entrepreneurs don’t share the same view as many have also gone on to social media such as on Twitter, Facebook and Linkedin criticising that the policy implementation didn’t take place at large to penetrate the ground level.

While some states like Rajasthan, Goa and Gujarat are fast catching with similar state policies to speed up their state ecosystem building for startups, the big challenge for KJ George will be to upkeep and uphold Karnataka as the startup state of India, as it has been so far. Also, unlike Maharashtra where the startup ecosystem has been spread across the cities such as in Mumbai, Pune, Nagpur, Aurangabad and Nasik, the startup ecosystem in Karnataka has been completely Bengaluru-centric. This is another challenge for the new IT, BT and ST Minister KJ George.