Flipkart, Myntra and Reliance have already tied up with retail partners for deliveries 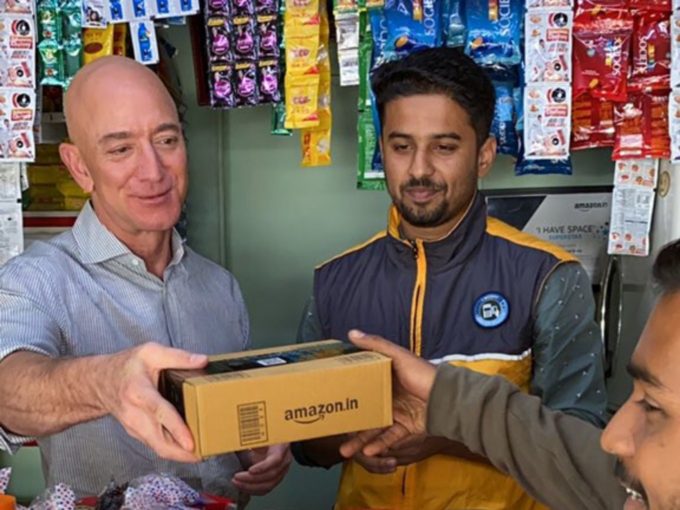 The annoucement comes after the minister of commerce Piyush Goyal has emphasised on propping up India’s kirana stores through partnerships with ecommerce marketplaces and platforms. In November 2019, Goyal had a meeting with Amazon, where he had reportedly urged the company to include kirana stores in their business model. .

Around the same time, even the department for the promotion of industry and internal trade (DPIIT) had reportedly written to ecommerce firms, seeking their suggestions on how small retailers and neighbourhood stores can be included in the sector. The government was reported to be in the process of coming up with policies proposing for such a partnership.

However, when the reports came out, traders’ body Confederation of All Indian Traders (CAIT) wasn’t too happy with the commerce ministry’s new initiative. The association came forward and refused to take any such offer.

The association also said that they’ll prefer working with larger retail stores instead of going for ecommerce business, which is largely responsible for eating into their businesses. The body also specified that the commerce ministry or DPIIT had not consulted or informed them before taking up any such discussion.

Over the last one year, several online marketplaces have started realising the strategic advantages in partnering with such neighbourhood or kirana stores. Partnering with kirana stores has become a new trend for both retail and digital platforms such as Myntra, Walmart, Flipkart, Reliance, Grofers and Bigbasket.

Amazon’s biggest rival Flipkart has been partnering with kirana stores since a while now to scale up its reach in Tier 2 and Tier 3 cities and towns. In September 2019, Flipkart announced that it got additional 27K kirana stores on board to act as delivery associates. Moreover, the company has also introduced an Allocation Engine to automate the allocation of shipments.

Reliance Retail and Myntra have also on-boarded kirana stores to act as delivery partners to help with hyperlocal deliveries. In addition, the stores will also act as pick-up points for deliveries.

For grocery delivery platforms like Grofers and BigBasket, the aim to onboard kirana stores is slightly different. With these partnerships, ecommerce platforms want to ensure faster delivery of fresh products. This will not compromise the quality and will further generate business for the neighbourhood stores.