“Has anyone seen Web 3.0? I can’t find it,” Musk sparked a fresh debate over Web 3.0 potential

Funding and control in Web 3.0 projects are not the same, Web 3.0 startup founders clarify 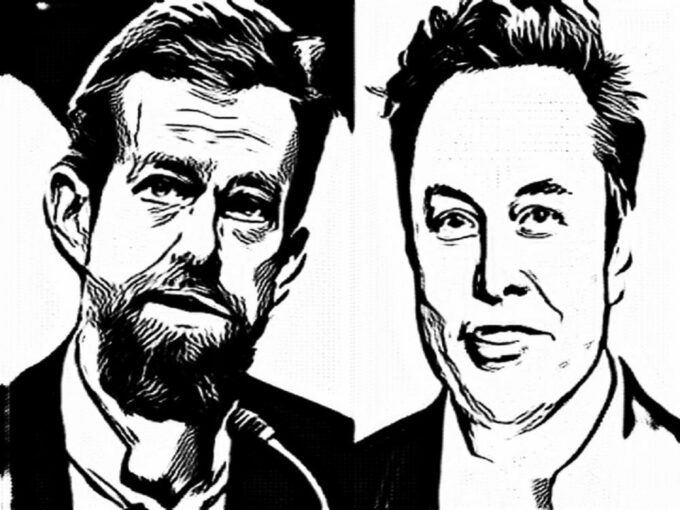 ‘Web 2.0 is centralised, Web 3.0 is decentralised,’ has been a popular understanding in the tech community for some time now.

In Web 2.0, we have the internet giants, the big techs such as Twitter, Facebook, Google, Apple, Microsoft, and Amazon which monitor and control the majority of our activities. These platforms, thus, effectively have the ability to control one’s freedom of expression on the internet.

In contrast, Web 3.0 has been touted as a movement away from big tech’s control over the existing Web 2.0 services. Using blockchain, Web 3.0 promises to be more transparent, secure, scalable and most importantly free from the control of the ‘big fives’— Alphabet, Apple, Amazon, Meta and Microsoft.

However, is Web 3.0 truly decentralised? Well, Twitter’s cofounder and former CEO Jack Dorsey does not think so.

“You don’t own ‘Web 3.0’. The VCs and their LPs do. It will never escape their incentives. It’s ultimately a centralised entity with a different label. Know what you’re getting into…”

Tesla founder and CEO Elon Musk too, later aligned himself against Web 3.0 asking, “Has anyone seen Web 3.0? I can’t find it.”

This has sparked a fresh debate in the tech community worldwide, where the Web 3.0 community has now come forward defending the benefits that Web 3.0 offers while arguing the drawbacks of the big techs.

Valley-based angel investor and former CTO of Coinbase Balaji Srinivasanres responded to Dorsey’s comment by saying, “I respect you and everything you’ve built. I also disagree here. Twitter started as a protocol, the free speech wing of the free-speech party. Then corporate & political incentives led to deplatforming & censorship. Web 3.0 offers the possibility, not guarantee, of something better.”

However, in his defence, Dorsey immediately clarified that Twitter was never a protocol but started as a corporation from day one.

“All false. Twitter started as a corporation. It had corporate incentives from day 1. It’s trying to offset those, and it will, through @bluesky. ‘Web3’ has the same corporate incentives, but hides it under ‘decentralisation.’ It’s literally a different cap table structure,” said Dorsey. 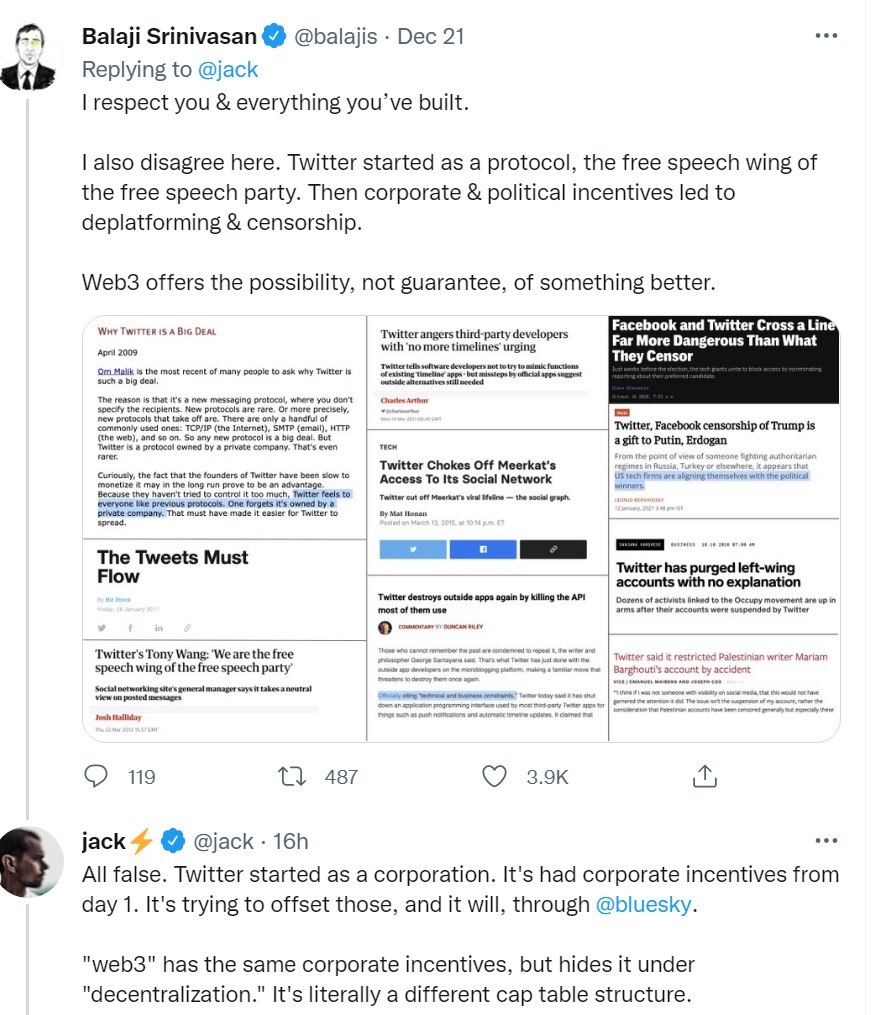 These remarks from Jack Dorsey and Elon Musk have come at a time when ethereum scaling and infrastructure platform Polygon has joined hands with US-based VC Seven Seven Six to launch a $200 Mn initiative for Web 3.0 social media and gaming startups.

In Web 3.0, Majority Sides Are With Its Community

Agreeing partially to Dorsey, Harsh Rajat, cofounder of Mumbai-based EPNS that addresses the push notifications requirements for Web 3.0 said, “There’s some truth to the argument as VCs and LPs sometimes have the majority and therefore, they sometimes become the dominant player.”

However, in a majority of good projects, this is not true. For example, it couldn’t have occurred in Bitcoin because there were no investors. So it’s fully decentralised. Ethereum also raised money through a crowdfunding event, so there are no big investments, explained Rajat.

Speaking of his own Web 3.0 project Ethereum Push Notification Service (EPNS) Rajat said, “We have essentially given out 53% to the community. The investors’ stake is just 20%. So even with that logic of investor bias, they cannot really control the network, as the community owns a majority of the stake.”

Aravindh Kumar, cofounder of Web 3.0-based storage and privacy provider Arcana Network agreed with Rajat on this.

“There are very few projects where VCs have more than 51% of tokens and voting power and hence control over the projects. They have less ownership than they would have in Web 2.0 companies. Every Token is 1 vote and there are no special rights,” said Kumar.

In fact, vesting by VCs is broken in DeFi/Crypto and they don’t hold tokens long enough. The vesting schedules are tied to time instead of the success of the project. They can always sell the tokens post-launch in less than one year, to the public at 10-100x the investment instead of helping the project succeed beyond the vesting schedule.

Funding And Control Are Entirely Not The Same In Web 3.0

Criticising how social media platforms Twitter, Facebook and Instagram control the narrative, WazirX cofounder and CEO Nischal Shetty said, “I started my first startup by building on top of Twitter, FB and Insta APIs (they invited us to build on their APIs). When these platforms grew & wanted to monetise, each of these platforms revoked API access. No VC or founder can do that to another developer on Web3.”

On funding and control, Arcana’s Kumar explained, “Funding and control are inherently two different things in web3 by design since capital is not the only requirement to accumulate tokens, the community receives control through other means of participation and end up owning a larger ownership stake than the investors.”

Further, VCs in Web 3 also have lower ownership because the project dilutes less than Web 2.0 startups and raises from the public sooner either through token sales, airdrops, incentivising adoption, or paying for offering resources to the network.

While they might have more say in the direction of pre-token launch, once launched, VCs don’t have more power than the rest of the token holders, unlike the different classes of shareholding structures seen in Web2 startups where there is a hierarchy of rights for different investors. In Web3, they have to compete with ideas and align with the goals of rest of the token holders in the community, added Kumar.

Interestingly, Jack Dorsey and Elon Musk have been big believers in cryptocurrencies, bitcoin and dogecoin. While the real potential of Web 3.0 can only be realised a decade later, the sudden criticisms of Web 3.0 has definitely made the Web 3.0 community and developers cautious of the way they raise funding.