The epharmacy platform posted a loss of INR 313.8 Cr during the April-June quarter 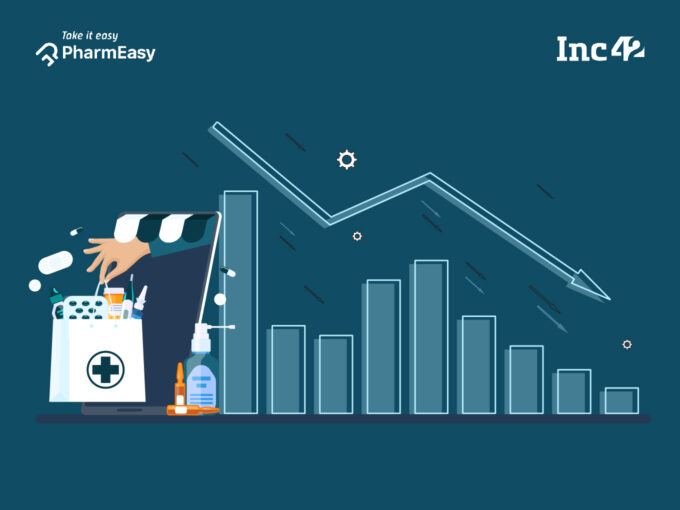 The unlisted share prices of API Holdings, which owns Pharmeasy have declined in the range of 12.6%-15% in the past one week post the weak listing of fintech giant Paytm and overall volatility in the stock markets.

The shares had started to trade in the unlisted market around Diwali around INR 108- INR 110.

“The weak response to the Paytm IPO and listing and the broader market correction have impacted the PharmEasy shares,” said Manan Doshi, cofounder of Unlisted Arena.

The discount listing of Paytm and eventual slump of nearly 37% in the first two trading days subdued the market sentiments for startup IPOs and their shares. Its shares, however, have recovered since then.

Further, both domestic and global stock markets too have been highly volatile off late amid concerns of a new mutant variant of Novel Coronavirus, originated in South Africa.

The domestic market has corrected 9% from its peak as weak global cues, persistent selling by foreign institutional investors (FII) and premium valuations have made investors cautious, he added.

Speaking on the projection for PharmEasy’s unlisted shares, Doshi of Unlisted Arena said that outlook is positive. “The company is not merely a medicine selling platform and as it has acquired Thyrocare, it would foray into other segments including insurance.”

He further said that the proposed IPO consists of only fresh issues and no existing investor would be offloading their shares boosting the confidence of retail investors.

Prosus (Naspers) is the largest shareholder of the Mumbai-based startup with a 12.04% stake through Naspers Ventures BV. The Dutch multinational conglomerate is the international Internet assets division of South African multinational Naspers. Singapore based investment major Temasek holds a 10.84% stake in the company through Macritchie Investments Pte. Ltd.

PharmEasy plans to use about 31% of the IPO proceeds towards settling part of debt.

The healthtech unicorn said that out of the total IPO proceeds of INR 6,250, it will utilise INR 1,920 Cr towards “prepayment or repayment of all or a portion of certain outstanding borrowings availed by the company and certain of its subsidiaries.”

The epharmacy platform posted a loss of INR 313.8 Cr during the April-June quarter.