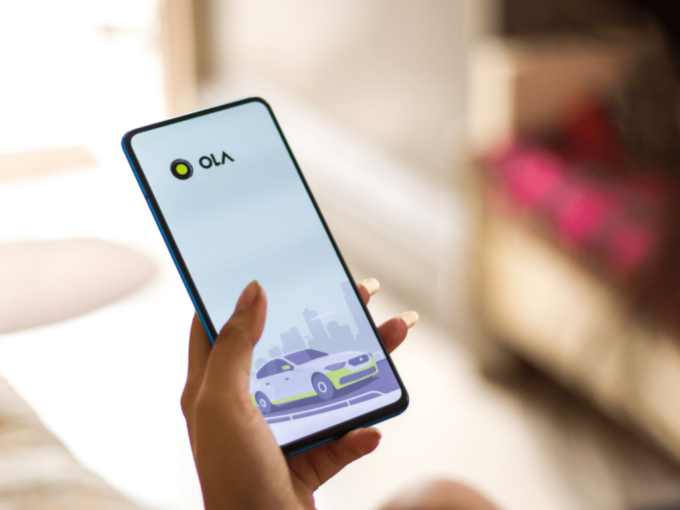 Mobility unicorn Ola is looking to raise over $500 Mn in debt through Term Loan B (TLB) deal.

Bengaluru-based Ola will be the third startup in the country to have raised a TLB funding round. Other Indian startups that have raised through TLB include edtech unicorn BYJU’s (raised $1.2 Bn in a TLB round) and IPO-bound hospitality unicorn OYO (raised $660 Mn from global institutional investors).

Moody’s Investors Service has assigned a B3 rating to the company’s proposed senior secured term loan. Ola’s wholly-owned subsidiaries — Ola Netherlands B.V. and Ola USA Inc. are the borrowers, it said in a rating note, adding that the loan is guaranteed by Ola and its subsidiaries engaged in ride-hailing services.

“Moody’s expects a high level of spending will be required to support Ola’s growth plans, such that the company’s annual cash burn (cash flow from operations less capital expenditures) will double to $140 million for at least the next two years, from $73 million in the year ending 31 March 2021 (fiscal 2021),” it said in a note.

Ola’s cash and cash equivalents of $279 Mn as of March 31st, 2021 will cover its expected cash burn and scheduled debt maturities through December 2022, it said.

The ratings note said that the proceeds from the term loan will be used for general corporate purposes.

“As a result, the B3 rating is also premised on the successful completion of Ola’s term loan transaction as planned, which will provide the required liquidity to sustain its operations beyond the next 12 months, as well as execute its growth plans,” said Cheong, Moody’s Lead Analyst for Ola.

The Moody’s note said that a rating upgrade is unlikely over the next 12-18 months, given the company’s loss-making operations and aggressive growth strategy.

It added that the ratings will likely face downward pressure if the proposed transaction is delayed or if the funds raised are lower than the company’s target of $500 Mn, in the absence of any alternative funding that shores up liquidity by year-end.

Ola plans to expand its presence in UK, Australia and New Zealand, where it currently has small market shares. In these markets, it competes against ride-hailing incumbents Uber and Didi, who have much larger scale and stronger balance sheets.

“Given these factors, Moody’s views the payoff from such expansion to be uncertain and the company’s intention to fund its evolving business partially with debt as aggressive,” Moody’s note added.

“Ola’s B3 CFR reflects its loss-making operations and high execution risks associated with its international expansion plans as well as its venture into India’s competitive and fragmented food delivery and vehicle commerce sectors,” says Stephanie Cheong, a Moody’s Assistant Vice President and Analyst.

Ola has so far raised $4.3 Bn funding, with the last funding round of $500 Mn led by Temasek Holdings in July.

Getting Ready For IPO

As the IPO rush gains steam among tech-backed startups, Ola too is preparing to get listed next year.

In an interview with CNBC in August, Aggarwal had revealed its plan to list soon, wherein he said that the company plans to offer shares of both Ola and Ola Electric on the stock exchanges.

In its note, Moody’s said: The company is currently in the midst of completing a pre-IPO funding round to raise equity from new and existing investors, and also targets to complete a public listing by the first half of 2022. However, the execution of its plans is subject to market conditions and as such remains uncertain.”

As the ride hailing segment has witnessed robust growth amid the pandemic, Ola has also expanded its business. Last month it acquired geospatial services provider GeoSpoc in a bid to develop location and geospatial technologies and enhance its offerings.

In September, its arm, Ola Electric launched its e-scooters, Ola S1 and the S1 Pro. Last month, Bhavish Aggarwal-led Ola Electric raised $200 Mn in a fresh round of funding, days after a similar infusion on September 30.

In July 2021, Bengaluru-based Ola said that the Singapore government’s investment fund Temasek and Plum Wood Investment Ltd, an affiliate of Warburg Pincus, a global private equity fund focused on growth investing, are partnering with the cab aggregator for a $500 Mn investment.