In FY21, the SoftBank-backed unicorn registered a nearly 55% increase in its net loss at INR 415.74 Cr

The DRHP said that as of August 31, 2021, the outstanding debt of the company and its subsidiaries stood at INR 398.57 Cr 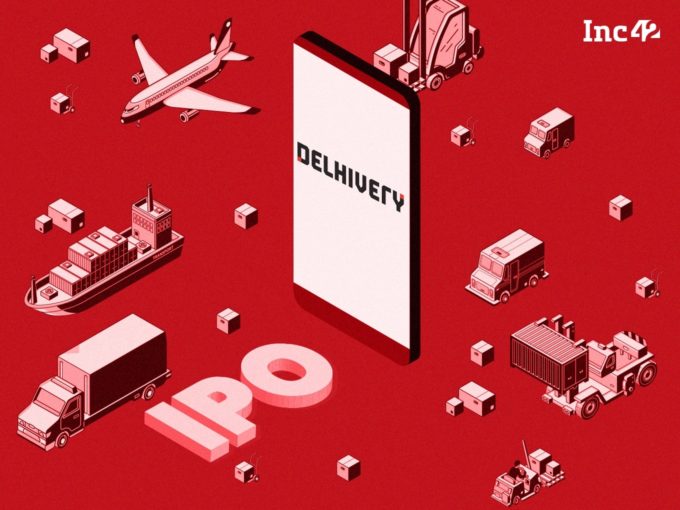 Joining the list of startups waiting to go public, Delhi NCR based Delhivery has filed its draft red herring prospectus (DRHP) for raising INR 7,460 Cr. As in the case of several IPO-bound new-age companies, Delhivery also is running into losses.

During the first quarter (April-June) of the current financial year (FY22), the logistics unicorn recorded a consolidated net loss of INR 129.58 Cr.

Its revenue from operations for the same period was INR 1,317.72. The DRHP, however, did not mention the financials for the corresponding quarter of the previous fiscal (FY21).

The losses came on the back of high expenses. The total expenditure in the quarter ended June was INR 1,493.59 Cr.

The financial statement showed that the freight, handling and servicing cost and employee benefits expense formed the chunk of its expenses at INR 867.9 Cr and INR 206.45 Cr respectively in the same quarter.

On the debt front, as of August 31, 2021, the outstanding debt of the company and its subsidiaries on a consolidated basis stood at INR 398.57 Cr, out of the total sanctioned amount of INR 686.29 Cr.

According to several reports, the company is expected to hit the public markets at $4 Bn-$4.5 Bn valuation.

A few weeks back, the company had closed a funding round of $125 Mn from Lee Fixel’s venture capital firm Addition taking its total funding to $1.4 Bn.