Delhivery IPO: 25% Of Net Proceeds To Be Used For Acquisitions & Investments

Delhivery IPO: 25% Of Net Proceeds To Be Used For Acquisitions & Investments

Around INR 2,500 Cr will be used for funding organic initiatives 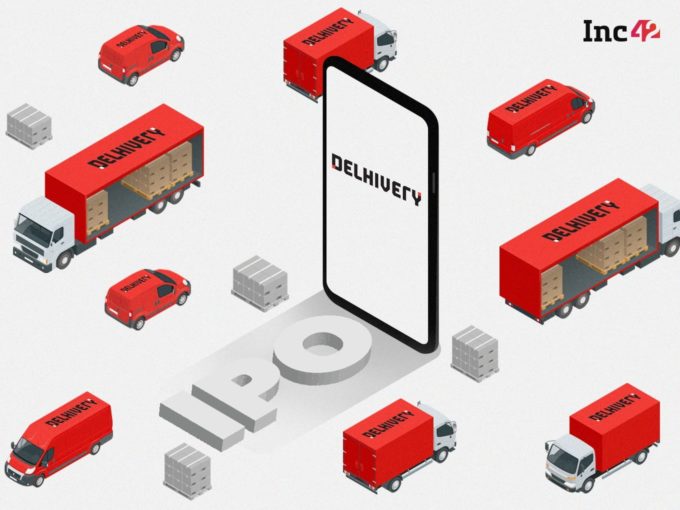 Logistics unicorn Delhivery has filed its draft red herring prospectus with SEBI for INR 7,600 Cr initial public offering (IPO). The offer consists of a fresh issue of INR 5,000 Cr and an offer for sale (OFS) of INR 2,460 Cr.

In its draft prospectus, the Delhi NCR based logistics startup said that the proceeds from the OFS will not be routed to the company and the targeted INR 2,460 Cr from the offer for sale will not form part of the net proceeds.

The company might revise its funding requirements and deployment from time to time on account of various factors. These include — change in costs, financial and market conditions, the management’s analysis of economic trends and business requirements, and the ability to identify and consummate new business initiatives.

According to several reports, the company is expected to hit the public markets at $4 Bn-$4.5 Bn valuation.

Three founders — Kapil Bharati, Mohit Tandon, and Suraj Saharan will be offloading shares worth INR 14 Cr, INR 40 Cr, and INR 6 Cr, respectively.  In March this year, the company witnessed exit of 2 cofounders i.e. Bhavesh Manglani and Mohit Tandon. They were reclassified as ‘retiring/non-active promoters’ in the Delhi NCR-based company.

A few weeks back, the company had closed a funding round of $125 Mn from Lee Fixel’s venture capital firm Addition. The new funding round came just four months after it had raised  $275 Mn Series H round from Fidelity Management and Research Company along with participation from other public funds.

The startup provides supply chain solutions to 21,342 customers such as ecommerce marketplaces, direct-to-consumer e-tailers and enterprises and SMEs across several verticals such as FMCG, consumer durables, consumer electronics, lifestyle, retail, automotive and manufacturing.