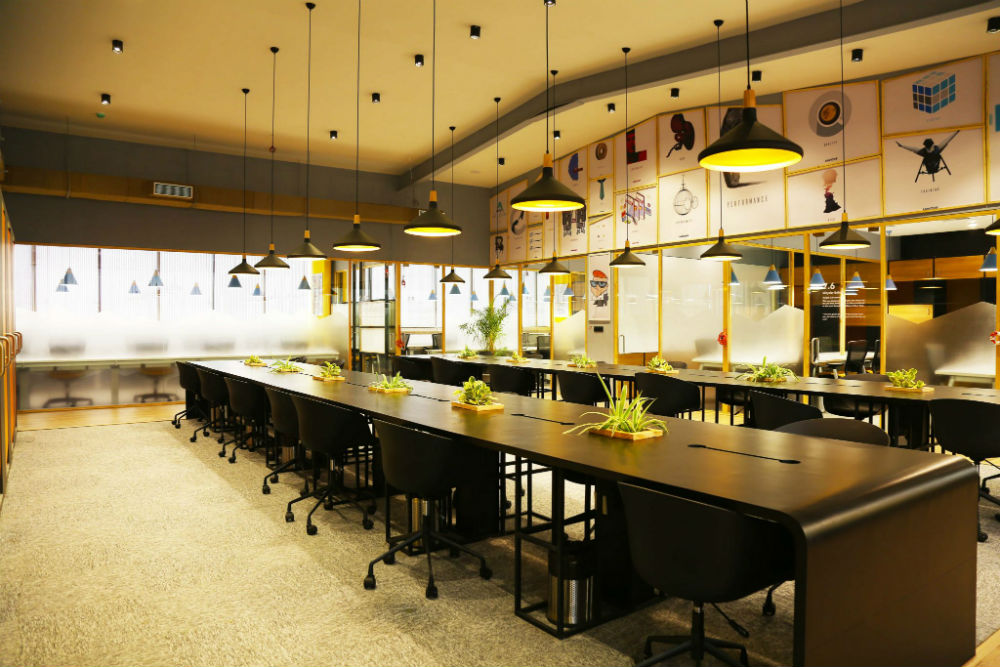 Innov8, which redefines ‘cool’ in the coworking space, has finally made it to the country’s financial capital Mumbai. Innov8 Mumbai was launched earlier this week at Boston House in Andheri East and consists of 110 private office seats and an events area which can accommodate up to 200 people. The coworking space is spread over an area of 10,000 sq. ft. and encompasses an open terrace and cafeteria.

The Mumbai launch follows the launch of its 350-seater, third coworking centre in Koramangala, Bengaluru which it launched in the beginning of this year. Paytm had taken a major occupancy in the Bengaluru centre. That was preceded by the launch of its second centre in City Beautiful, Chandigarh in June last year. The Chandigarh centre is built on an area of 7,000 square feet and can accommodate up to 140 people.

Just like its other locations, the Mumbai centre has its share of quirks too. For instance, it has a fun space filled with more than 15,000 smiley balls to help coworkers de-stress and stay relaxed. In addition to that, it has an area dedicated to rock climbing as well in the office.

Shailesh Gupta, co-founder Innov8 further revealed that the centre has been given a unique theme of skyscrapers with the lush green garden which is a luxury in Mumbai. He also added that Innov8 will be launching four more centres in Mumbai by the end of this year.

Founded in 2015 by Ritesh Malik and Shailesh Gupta, Innov8 coworking focusses on targeting central and accessible locations in a city and ensures a comfortable atmosphere for its members. Headquartered in Delhi, Innov8 is managed by its members including corporates, writers, entrepreneurs, homemakers, freelancers, investors, RJs, advocates and NGOs.

As per Shailesh, their idea is to create exotic offices embodying the local culture and offer it to entrepreneurs, corporates, and small and medium size companies. Essentially, tho who take pride in what they do and want to provide the most premium working environment for themselves.

Russell Longjam, CMO Innov8 stated, “Innov8 Mumbai was inevitable and we decided to enter here with multiple centres more to create multi-diverse community with business houses, media agencies, advertising agencies, startups and freelancers of this beautiful city. We are aiming to become the central artery for collaboration between individuals and work forces of major cities in India.”

In July 2016, Y Combinator had selected Innov8 for a three-month programme based out of its Mountain View headquarters, by far making it the largest representation of Indian companies at one of Silicon Valley’s most-sought after accelerator programmes. This year in February, Innov8 raised an undisclosed amount of angel funding led by LetsVenture, Venture Catalysts and independent angel investors like Rajan Anandan (VP India and Southeast Asia, Google), S. Somasegar (MD, Madrona Venture Group), Vijay Shekhar Sharma (founder, Paytm), Girish Mathrubootham (founder and CEO, Freshdesk), Kunal Shah (co-founder, FreeCharge) and others.

Here is a list of the top coworking spaces in India