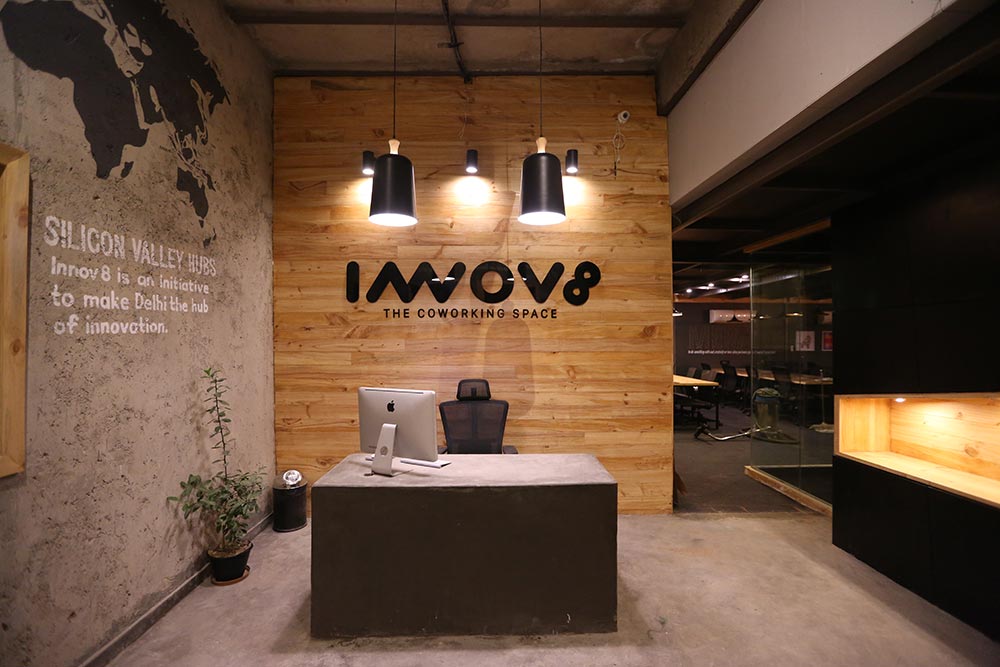 Rajan Anandan, Vice President and Managing Director of Google India said, “India is the third-largest country for startups, but it also has the most expensive real estate. Early-stage startups in India struggle to find high-quality, affordable office space. Innov8 solves this problem by providing for this and also building a very strong community element in their spaces. Ritesh and Shailesh are focussed and passionate founders and the early traction in Delhi has been very encouraging”.

Founded in 2015 by Silicon Valley entrepreneurs, Ritesh Malik and Shailesh Gupta, Innov8 coworking focusses on targeting central and accessible locations in the city and ensures a comfortable atmosphere for its members. Headquartered in Delhi, Innov8 is managed by its members including corporates, writers, entrepreneurs, homemakers, freelancers, investors, RJs, advocates, and NGOs. Its centres are between 50,000 sq. ft. – 70,000 sq. ft, and provide free Internet, power, vitamin water, coffee, nap rooms, copying, printing, meeting rooms, reception/concierge service. In addition to this, the startup also offers community services in the fields of legal, tax, accounting etc.

“More than the money when we were raising this round, our focus was to get the most supportive and hands on investors who’ve been there and done that. We value the experience each of our investors get on board to build Innov8 into a world class workspace brand.” said Ritesh Malik, co-founder, Innov8

Innov8 aims towards making mundane workspaces interesting and collaborative in such a way that co-workers can be at that best productive self. A project idea of Guerrilla Infra Solutions Private Limited, Innov8 currently has two coworking centres in Connaught Place, Delhi and Emporium Mall, Chandigarh. It has recently launched the third coworking centre in Koramangala, Bengaluru which added 350 seats, taking the total capacity to 500+ seats. It also plans to launch two more centres in the next three months.

“What enticed us to invest in Innov8 is the high potential in the founding team, tech managed operations and their approach to build the most innovative co-working place in India by creating a valley like culture and a pan India community of startups. Indifferent of stiff competition coming from the other co-working houses, they are successfully managing to run at 100% occupancy in Chandigarh and Delhi.” said, Apoorv Sharma, Co-founder, Venture Catalysts.

In July 2016, Y Combinator had selected Innov8 for its three-month programme based out of its Mountain View headquarters, by far making it the largest representation of Indian companies at one of Silicon Valley’s most-sought after accelerator programmes.