In the first quarter of 2019, the deeptech sector recorded a total investment of $9.58 Mn only 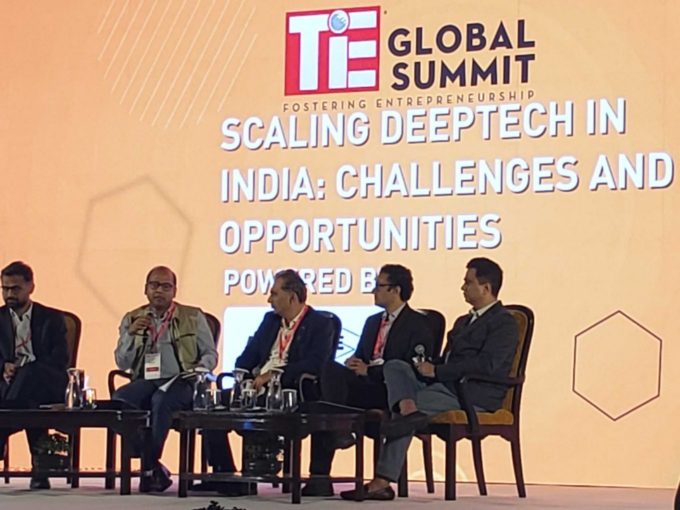 In its analysis earlier this year, DataLabs by Inc42 noted that the slow growth of India’s deeptech sector is primarily due to the lack of monitoring and regulation, which, in turn, leads to poor or failed execution of the government schemes. Other factors such as lack of highly skilled workforce, low-level of readiness of the Indian public towards technology and more.

The concerns about the funding crunch were supported by some of the leading deeptech players in India, who were speaking for a session on scaling up deeptech in India: Challenges and Opportunities. The panel consisted of Raghavendra Ravinutala, cofounder and CEO, Yellow Messenger; Ajay Agrawal, cofounder and CEO, SirionLabs; Mrugank Parikh, cofounder, ByteProphecy; Manoj Shinde, founder, Orbo.i; and Avnish Sabharwal, MD, Accenture Ventures.

The panellists collectively agreed that they see no institutional support for the players in the deeptech sector. Agarwal from SirionLabs further added that deeptech hasn’t been a primary objective in India and players here are still being guided to solve problems and then create businesses.

However, in other countries, the players have the luxury to chase fundamental scientific problems to build a business. Shinde from Orbo.ai had a similar thought and said that he also doesn’t see a supportive ecosystem.

The players also talked about the challenges in the ecosystem such as the long sales cycle and the request for free POC. Ravinutala from Yellow Messenger, while talking about how they managed these challenges, said that the company used the concept of free POC to its advantage. He also added that its platform helped the company fulfil this at a minimum cost.

Further, Parikh of ByteProphecy said that the repetition is now happening in the industry as the players look to automate further.

Despite government initiatives such as Startup India, Atal Innovation Mission and MUDRA, the growth in Indian deeptech startup funding is far behind its Israeli and Chinese counterparts. However, as the government looks to grow the talent pool, the support for players is a timely demand.

On September 19, 2019, Google announced that it is setting up Google Research India — an AI lab in Bengaluru — to build on India’s deeptech ecosystem. The lab, which will be a part of and support Google’s global network of researchers, will be headed by computer scientist and ACM Fellow Manish Gupta. Moreover, Professor Milind Tambe from Harvard University as Director of AI for Social Good. He will be building a research program around applying AI to find solutions to pressing problems in areas like healthcare, agriculture, or education.

peAR, which was founded by Dharmin Vora, Dhruvesh Mehta and Parth Vora in 2018, is also developing a unique software application using computer vision. The company is also working on unique backend hardware. The computer vision will allow peAR to convert images into 3D models at scale with minimal to no human intervention.