Mitron, which gained 5 Mn users within a month, claimed to be made in India

The application was created by Pakistan-based app developer Qboxus 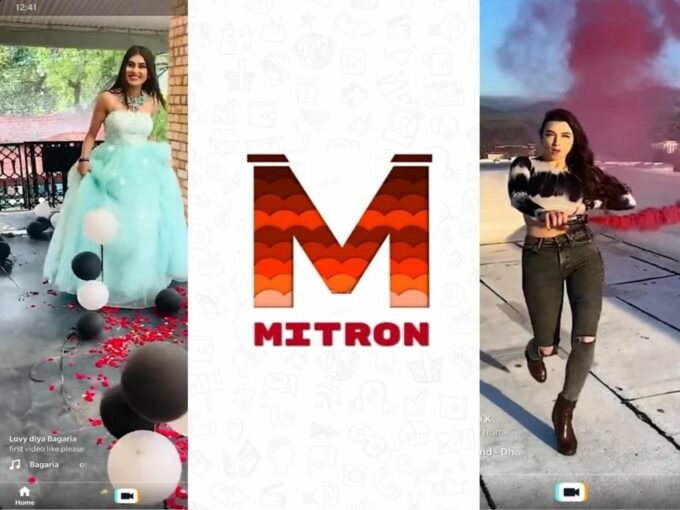 In a surprising turn of events, Mitron, the TikTok-like short video app, which shot to fame for being made in India, has actually been developed in Pakistan. Mitron, which amassed over 5 Mn within a month, claimed to be an Indian-made app to garner downloads. But the publisher of the app, ShopKiller, admitted it is developed by Pakistan-based app development company Qboxus.

According to a report by News18, Qboxus sold the source code of the Mitron application for just $34 (INR 2600). Founder and chief executive of Qboxus Irfan Sheikh said that its customers are expected to use the code and build something on their own. “But Mitron’s developer has taken our exact product, changed the logo and uploaded it on their store,” he added. Such white label apps are routinely sold around the world to create apps quickly and earn revenue through ads.

Sheikh pointed out that there is no problem with buyer purchasing and using the code. But he finds the fact problematic that Indians are referring to Mitron as an Indian app, which is not true especially because they have not made any changes to the code, Sheikh added.

In the past, Qboxus had created clones for apps such as Instagram called Hashgram, a food delivery app called Foodies Single Restaurant and a TikTok clone called  TicTic. In this case, Qboxus sold TicTic’s code to ShopKiller who rebranded it to Mitron.

While Mitron may not be Indian, the published of the app who uploaded it to the Google Play Store seems to be Indian. The identity of the buyer and the publisher of the application still remains unknown.

However, Inc42 accessed the details of ‘shopkiller.in’, the official website of Mitron’s publisher, and found that the buyer entered ‘Uttrakhand’ as the state while purchasing the domain from GoDaddy.

According to Sheikh, the source code was bought on CodeCanyon. Moreover, the buyer refused to host the data on servers owned by Qboxus. This means that Mitron’s publisher is using its own servers to host the application and user data. Inc42 found that the nameservers of the domain reflect that the website (shpokiller.in) is hosted by Amazon Web Services (AWS). However, it is not clear whether the owner is using the same server to host the Mitron application. But with no privacy policy, user policy and terms of use on the application, the application remains under the scrutiny of cybersecurity experts and privacy advocates.

Responding to News18, ShopKiller said that the company is working in stealth mode, and didn’t want people to know the team by their name. “I would have liked you to appreciate the fact that we are working hard on the app, and the reason for developing the app was just to give a ‘Make In India’ alternative to people,” the company added.

Mitron’s rise in India at a time when the central government is pushing for local products indicates that many Indian users are convinced by the pitch of a homegrown app, regardless of whether it is actually a superior product. At the same time, TikTok facing the wrath of Indian internet users after it got involved in two major controversies also helped its clone app to amass new users.

The fact that 5 Mn Indian users joined Mitron, which doesn’t have any policy for securing the data of users till date, shows how easy it has to ride on the ‘Indian’ origin tag and gain popularity. However, the recent findings that the application has been developed by a Pakistan-based outfit might impact the popularity of the application, especially in India.