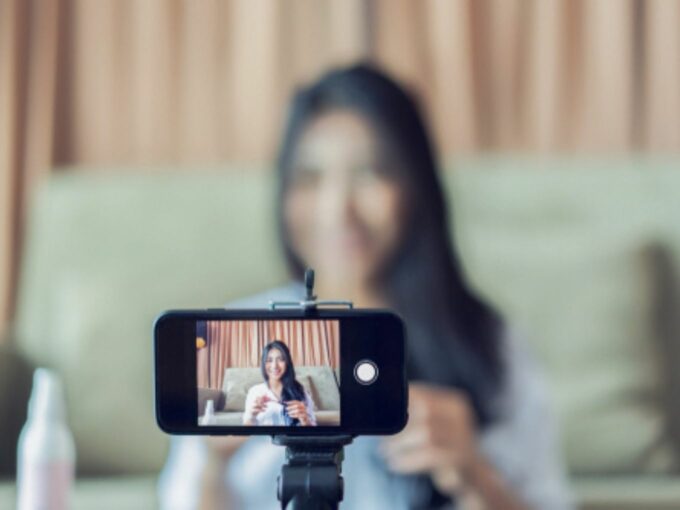 Mitron, a short video app that has more than a passing resemblance to ByteDance-owned TikTok, has taken India by storm. The app developed by students of Indian Institute of Technology (IIT) Roorkee, is becoming the preferred destination for millions of Indians as they look to move away from TikTok given the recent spate of controversies around the Chinese app.

Mitron, which has now been downloaded over 5 Mn times on the Google Play Store in just a month, is being promoted as a homegrown contender in the short-video battle. It’s said to be getting over 5 Lakh installs in a single day.

The popularity of Mitron has grown at a time when TikTok is facing the wrath of Indian internet users after it got involved in two major controversies. The first controversy erupted as an online feud between YouTubers and TikTok creators, which resulted in a ban on a YouTube video by creator CarryMinati.

Then came along another video by TikTok influencer Faizal Siddiqui, in which he is seen in a clip allegedly mocking acid attacks. The second incident is seemingly connected to the first TikTok vs YouTube battle as Siddiqui’s brother Amir Siddiqui is at the centre of the former.

These two incidents resulted in Twitter trends calling for the ban of TikTok in India, while the app got review bombed on the Google Play Store, which resulted in its rating falling to 1.2 from 4.7.

While TikTok is now steadily clawing back its popularity on the Google Play Store, apps such as Mitron have stepped in to capitalise. In fact, some part of the app’s popularity has to be attributed to the fact that ‘mitron’ is a greeting popularly used by Prime Minister Narendra Modi in his messages. For those unfamiliar, mitron is a Hindi greeting used to address a group of friends. Meanwhile, PM Modi’s clarion call to create a self-reliant India and support local brands may also have played a part in Mitron’s rising stock.

Interestingly, the app is not available on iOS or the Apple App Store, which could be due to Apple’s more stringent app review policy and the fact that developers have to pay a fee to launch an iOS app.

While it’s apparent from just a glance through the app that Mitron is just a TikTok short video clone, the similarities are seen even in the user interface. For instance, Mitron doesn’t show a signup form or ask for any information upon starting but instead takes the user straight to a homepage, similar to TikTok.

The options in the bottom tabs are also similar to TikTok, but Mitron has at least bothered to use different icons for two of the four available options. Even the right-swipe menu is the same as TikTok — it would seem the Mitron developers haven’t actually developed any new feature for the app.

But while one can ignore imitation, what’s really worrying is that the developers of the application have not released a privacy policy or end-user agreement. At the signup page, the application says, “By signing up, you confirm that you agree to our ‘Terms of Use’ and have read and understood our ‘Privacy Policy’.” But there’s no way for a user to actually see this policy. Moreover, the privacy policy link on the Google Play Store of the application redirects to a website which displays absolutely nothing.

Meanwhile, a few users also noticed that the search option of the application isn’t working properly. Many also raised their concerns that they are not able to add music to their videos, while a few early users also complained that the application is quite slow as compared to TikTok. However, most of the users said that they will continue to use Mitron as it has been developed by Indians, indicating that the anti-China sentiments do have a role to play in Mitron’s popularity.

Currently, users can only sign up or log in on Mitron through Gmail. This means that the application is collecting the data linked to the Google account. On further examination, it was found that the application is collecting name, email address and photographs associated with the Google account. However, there is no information available on how and where the data is collected and stored by the developers.

Inc42 has reached out to the developers, but we haven’t received a response till the time of publication.

Privacy concerns are not only limited to Mitron as TikTok, which was launched in India in 2017, is still facing these issues. In the initial days, TikTok was surrounded in controversies which landed the company in the public courts and even led to a temporary ban. Further, the company was accused of not providing privacy policy in the regional languages it supported in India.

TikTok has since claimed it has made a number of changes to make its platform safer for all users.

Mitron’s rise in India at a time when the central government is pushing for local products indicates that many Indian users are convinced by the pitch of a homegrown app, regardless of whether it is actually a superior product. The fact that 5 Mn Indian users joined Mitron, which doesn’t have any policy for securing the data of users till date, shows how easy it has to ride on the ‘Indian’ origin tag and gain popularity.

But is that worth it? While backing local products will undoubtedly result in more such apps and services gaining success, it should not mean backing inferior products just because they are local. Meanwhile, it would be interesting to see for how long Indians are going to use such applications, especially if they don’t look at privacy, data security and other aspects that make a truly international tech product.