Indian Startups Pad Up For Powerplay In IPL 2020

Indian Startups Pad Up For Powerplay In IPL 2020

The IPL and Indian cricket’s sponsors have changed over the years, from India’s family-owned corporate houses to nascent startups in the tech sphere

This year, fantasy sports platform Dream11 became the title sponsor for the IPL, besides Unacademy and Cred becoming official partners for the league

Indian unicorns such as BYJU’S, Zomato and Paytm are also associated with Indian cricket in varying capacities 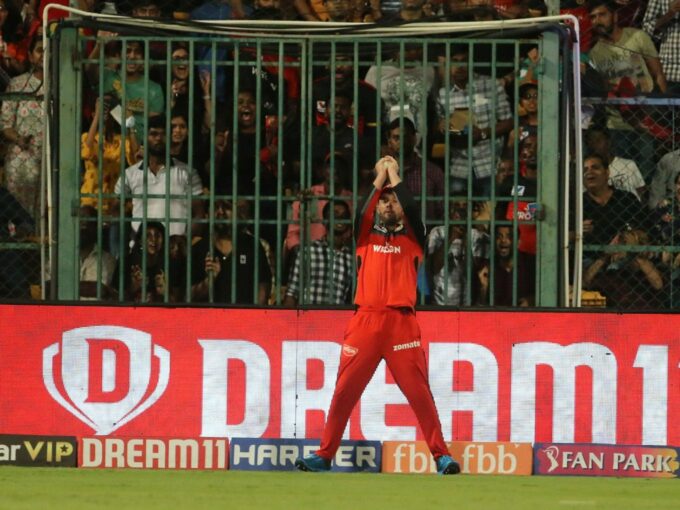 India’s premier T20 cricket league, the Indian Premier League (IPL) can be credited with many things. Beyond the obvious and well-documented facet — giving budding cricketers a platform to take the field with greats of the game — the league’s success is also a testament to the growth of brand IPL, which has evolved with changing times.

From being backed by India’s family-held corporate houses such as DLF, ITC and Sahara, to now, when the league’s title sponsor is a fantasy sports startup, Dream11, the IPL reflects the changing landscape where startups have captured the prime spot. Evidently, the Indian startup economy has upended the old structure that was dominated by cliques of second, third and fourth-generation business tycoons.

Today, the Indian startup ecosystem ranks as the third-largest in the world, behind the US and China. More than 36 Indian startups are unicorns (those with a valuation of more than $1 Bn). Further, there are another 52 soonicorns, which may soon join the unicorn club. Many of these startups have taken over from the old guard, as backers of the IPL, and Indian cricket at large.

In 2019, Indian edtech decacorn ($10 Bn valuation) BYJU’S set the trend when it took over from Chinese phone-maker Oppo as the official team sponsor for the Indian cricket. The deal allowed BYJU’S to display a commercial logo on the jerseys of the Indian men’s and women’s, the Under-19 and the A-teams.

Oppo’s deal with the Board of Control for Cricket in India (BCCI) for title sponsorship of Indian cricket, was inked in 2017 and reported to be worth INR 1,079 Cr for a five-year period. Last year, BYJU’S signed a tripartite agreement with Oppo and BCCI, which meant that it would pay the same amount to the BCCI for the sponsorship rights that Oppo did. Oppo was reportedly paying INR 4.61 Cr to the BCCI per bilateral match and INR 1.56 Cr for an ICC event game.

Last month, fantasy sports platform Dream11 won the title sponsorship rights for the IPL 2020, with a bid of INR 222 Cr. Dream11 won the rights, after the league’s previous sponsor, Chinese phone-maker Vivo pulled out of sponsoring the 2020 edition, amid growing anti-China sentiment in India after border clashes between the two countries in Ladakh’s Galwan Valley in June.

Other Indian startups, such as digital payments decacorn Paytm, which is India’s highest-valued startup at $16 Bn in June 2020, is also title sponsor with the BCCI. Interestingly, Paytm replaced another Indian company, phone-maker Micromax as the title sponsor for BCCI’s domestic and international matches in 2015, by agreeing to pay the board INR 2.42 Cr per match. In 2019, Paytm renewed its association with the BCCI, with the deal price getting bumped to INR 3.8 Cr per match, amounting to INR 326.8 Cr for the four-year cycle commencing October 2019.

Notably, Paytm (title sponsor for BCCI and umpire partner with IPL) and Dream11 (title sponsor IPL and official partner BCCI), are associated with the both the IPL and the BCCI. Until some time back, BYJU’S, in addition to being the team sponsor for Indian cricket, was also the principal sponsor for IPL franchise Kolkata Knight Riders (KKR). However, earlier this year, BYJU’S pulled out from the KKR sponsorship due to unexplained reasons and was replaced by another Indian startup, fantasy sports platform Mobile Premier League.

The list of Indian startups associated with the IPL also includes smaller firms, such as ecommerce store The Souled Store, and consumer electronics startup ‘boAt’, who are associated with various IPL franchises as merchandise partners. This year, the IPL also added edtech startup and a recent entrant in the Indian unicorn club, Unacademy as an official partner for the competition, for a period of three years. Indian payments platform Cred has also been roped in the same capacity by the BCCI for the same duration. While Unacademy’s deal is reported to be worth INR 120-130 Cr, Cred’s deal amount is undisclosed. Although, it is reported that the BCCI will earn INR 120 Cr from three partnership slots filled by Tata Motors, Unacademy and Cred for the 2020 edition alone. That these startups have the wherewithal to spend big on branding and sponsorships, in a year where India Inc has suffered a massive loss of revenue due to the Covid-19 induced financial disruption, is indicative of the upward trajectory of India’s startup economy.

Some reports suggested that Dream11’s deal amount (INR 222 Cr) for title sponsorship of IPL 2020 could hamper the valuation of brand IPL. The amount is half of what the previous sponsor, Chinese phone-maker Vivo used to pay to the BCCI (INR 440 Cr per year), as part of its five-year deal inked in 2017. The annually released “IPL Brand Valuation Report” by Duff and Phelps, a financial consultancy firm, mentions that the league’s valuation has steadily increased over the years, from $3.2 Bn in 2014 to $6.8 Bn in 2019.

“IPL title sponsorship deal with Dream11 is a win-win for the involved parties. From IPL’s perspective, after Vivo pulled out due to unforeseen circumstances and given the current market conditions, it represents a good deal specifically for the reason that this is for a shorter duration (till December 2020) as some sources say, along with various factors such as the matches being played behind closed doors and outside India,” said Santosh.

“If the discount provided for the title sponsorship is only for the current year with the expectation that Vivo would come back next year, then the IPL brand value will be preserved and the overall impact on IPL brand value would be minimal,” he added.

This year’s IPL, the 13th edition of the league, would be played at three locations in the United Arab Emirates (UAE) — Abu Dhabi, Sharjah, and Dubai — over a period of 53 days, from September 19 to November 10.

Indian Startups In The Big Leagues

It is worth noting that the presence of Indian startups isn’t confined to cricket alone. The popularity of the IPL and its unique format has led to the mushrooming of similar franchise-based league competitions for other sports, such as badminton, table tennis, football, and kabaddi, among several others. These leagues have also roped in several Indian startups as sponsors, most notably, Dream11, which is also the official partner for the Hero Indian Super League — India’s top-tier domestic football league competition — and an associate sponsor for the Vivo Pro Kabaddi League.

This is not to say that the influence of seasoned corporate players is diminishing (Hero and Tata Sons maintain their presence as sponsors in Indian sports), but to highlight the very robust entry of Indian startups in the big leagues. Their growing ability to shell out the big bucks for branding and sponsorships, not just in sports but in media and entertainment at large, is evidence enough that India’s startup economy has come of age.