Previously, the All India Online Vendors Association has served a legal notice to Club Factory, also filing a complaint with the RBI 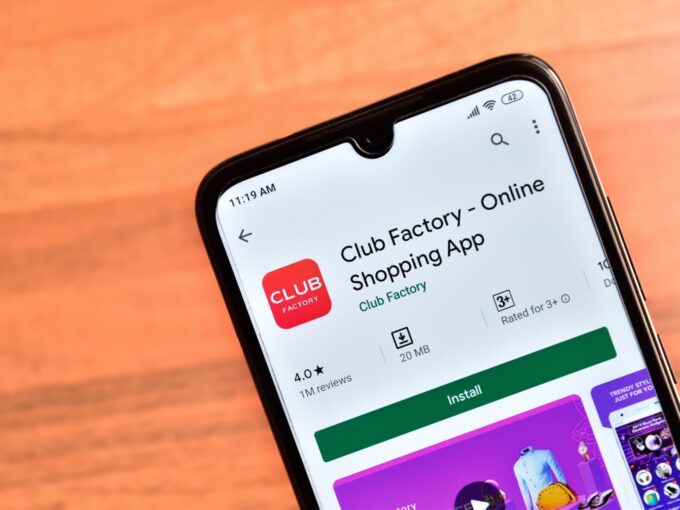 The government’s ban on 59 Chinese apps on June 29 may have been well-intentioned, to safeguard data privacy of Indian users, also forming part of its larger vision of creating an ‘Aatma Nirbhar Bharat’ or ‘Self-Reliant India’. However, one of the banned Chinese apps, ecommerce store Club Factory, went rogue and suspended pending payments to Indian sellers, saying that the government’s ban constituted a ‘Force Majeure’ event and as such, temporarily freed both parties — the sellers and Club Factory — from their obligations towards each other as laid out in their contract.

A ‘Force Majeure’ event is one which is unforeseeable and affects the ability of one or both parties to the contract to fulfil their obligations towards the other.

Days after the suspension of payments, the All India Online Vendors Association (AIOVA), an association of 2,000 sellers, sent a legal notice to Club Factory but to no avail. The association, earlier this month, also filed a complaint with the Reserve Bank of India (RBI), saying that by withholding payments to sellers for more than one month after confirmation of deliveries, Club Factory had violated Section 28 of the Payments and Settlements Act, 2007. The AIOVA is yet to hear back from the Chinese company, even as several sellers are waiting on payments collectively running in crores of rupees. The association is yet to decide upon a future course of legal action.

On August 17, four Indian sellers waiting on payments from Club Factory, through their legal counsel Sonal Gupta, served yet another notice to the Chinese ecommerce store. In the notice, a copy of which has been accessed by Inc42, the sellers claim that their payments for orders delivered to customers through Club Factory have been withheld since July 14 — when Club Factory, in an email to sellers, invoked the ‘Force Majeure’ clause and suspended payments to sellers.

The notice states that the ‘Force Majeure’ clause, invoked by Club Factory, stands “null and void” in times when the Indian government has invoked the ‘Disaster Management Act’ in the country. The Home Ministry, in an order dated March 11, invoked the National Disaster Management Act, 2005, also using the Act’s provisions to announce the first phase of the country-wide lockdown, which began on March 25, 2020, to combat the spread of the Covid-19 pandemic.

According to the legal notice, “In such situations where the Disaster Management Act is proclaimed by the Government of India, all or any clause related to the ‘Force Majeure’ in any agreement or contract remains void for such period of time till such proclamation has been made inactive. Henceforth the reply vide email by the Party 2 (Club Factory) stands prima facie void reason not to pay the amount of payments due on Party 2.”

After serving its legal notice to Club Factory on July 16, the AIOVA also stated that marketplaces are bound by RBI directives to keep the sellers money in an escrow account, and the ‘Force Majeure’ clause doesn’t apply to money held in an escrow account.

The recent notice adds that the suspension of payments by Club Factory has brought financial distress to the sellers, some of whom have been forced to shut down their businesses, while others have had their economic interests hit aversely, such that they are now in a ‘hand to mouth situation’. The notice, which is served to Club Factory through registered post/email/WhatsApp, on behalf of four Indian sellers, also mentions the amount that each of the sellers has in unpaid dues from the Chinese ecommerce store. The pending dues for all four sellers accrue to a total amount of more than INR 2.58 Cr.

The notice asks Club Factory to fulfil payments to the four Indian sellers, along with 18% interest per annum, within 15 days of the company receiving the notice, failing which the company could attract civil, penal and other miscellaneous proceedings against itself.

An earlier Inc42 report talked about two sellers, both of whom are waiting on payments of more than INR 2 lakhs each from Club Factory, and are unable to pay off their loans, as well as the manufacturers of the products they used to sell through Club Factory.

Since the suspension of payments, several of these sellers have taken to Twitter, tagging the topmost functionaries of the government in their tweets which talk about the financial crisis that seems to have befallen them because of pending dues from the Chinese ecommerce store. The tweets of other sellers are more worrisome, as they threaten to commit suicide, and blame the government for failing to protect the interests of Indian sellers against a rogue Chinese company, even as various ministers talk about their vision of an ‘Aatma Nirbhar Bharat’.

After the Inc42 report was published, several sellers reached out to this author, talking about their pending dues from Club Factory.

Anshul Mahajan, who used to sell women’s denims on Club Factory, tells Inc42 that he’s waiting on payments worth INR 8.25 lakhs from the Chinese ecommerce store. The 36-year-old Mohali resident says that he has to pay off loans worth INR 6 lakhs to the banks, and also make payments to the manufacturers of the products he sold through Club Factory.

“The government asks us to become Aatma Nirbhar, start our own enterprises and employ people, but is not supporting us when a marketplace has withheld payments to sellers,” Mahajan says.

“This has completely spoiled our mental and financial condition.”

Another Club Factory seller, Sheikh Sabir Khan from Sagar, Madhya Pradesh says that he has at least INR 3 lakhs in pending dues from Club Factory.

At closer perusal, it is evident that both small and large sellers are waiting on pending dues from the Chinese ecommerce store.

Mails to Club Factory went unanswered by the time of publication.

This is not the first time Club Factory has come under the scanner. In December last year, the ecommerce store — founded in 2014 by Chinese company Jiayun Data Technology and headquartered in Hangzhou, Zhejiang, China — was accused by a customer of selling counterfeit products. The customer alleged that the company had advertised heavy discounts on popular brands but shipped fake products to the customers.

Club Factory has also been accused of misusing the provision which allowed duty-free imports of gifts and samples as long as they were priced below INR 5,000. Club Factory, along with other Chinese ecommerce platforms such as Shein, would label their orders as gifts, avoiding any custom duties on it. To avoid any more exploitation of the provision, the Central Board of Indirect Taxes and Customs (CBIC), in November 2019, decided to remove it.

If you are a seller and haven’t received your payment from Club Factory, please fill this form to help us highlight your concerns.

If you are feeling suicidal or have suicidal thoughts, help is at hand, please call 91-9152987821 or visit icallhelpline.org