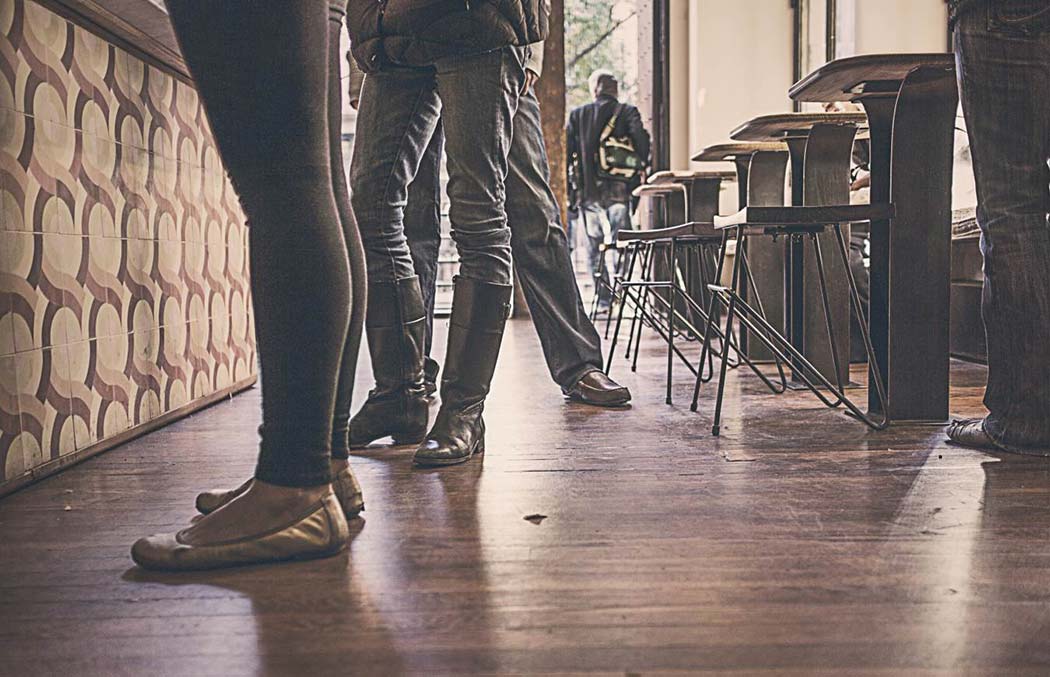 Steve Jobs and Mark Zuckerberg! Everyone has heard the names of these wildly successful founders of two equally revolutionary behemoths. Acknowledging their success, it is often highlighted that they were college dropouts. So we decided to figure out what exactly makes a college dropout stand out from the crowd, if at all? Is it their zeal to achieve or their out-of-the box thinking which sets them on the path of success? Or were they just one-off coincidences as are most successful startups and founders?

We came up with a list of college dropouts turned entrepreneurs from the Indian startup ecosystem who have taken the country by storm. 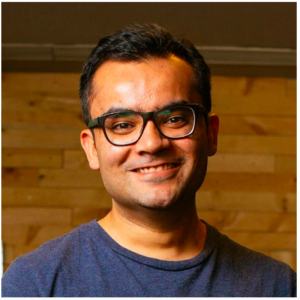 A self-taught programmer at 13 and web designer, he took a natural interest in the development of web applications. Seeing a clear market gap for an easy to use, user centric approach to web-based ticketed support and visitor engagement, Varun established Kayako in 2001. He serves as Chief Executive Officer of Kayako Infotech Ltd. and oversees the overall direction as the leading product architect, takes an active role in the design and development of the product line. He started the company in 2001 when he was just 17 with its first office in Jalandhar after dropping out of college. Born in a small village at Rahimatpur in Maharashtra, Kailash Katkar worked his way to the top to be chairman and CEO of INR 200 Cr business. He is the man behind Quickheal technologies Pvt Ltd. He started with a job at local radio and calculator repair shop and later went ahead in 1990 to start his own calculator repair business. In 1993 he started a new venture, CAT computer services where around that time his younger brother Sanjay developed a basic model of antivirus software which helped in solving the biggest problem of computer maintenance at that time. Later in 2007 it was renamed as Quick Heal Technologies. He achieved all this without any formal education. 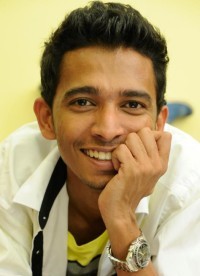 A computer science dropout from LBS College Of Engineering in his 5th semester in 2007 end, Deepak never let his ideas caged by book and syllabi, he broke all the bounds imposed by the education system and followed his passion for computers which made him follow the entrepreneurial way. He founded Quest technologies which let people answer someone else’s question which has been asked by a text message. His primary company was Innoz Technologies which was behind ‘SmsGyan’ handing internet’s knowledge to people via texts. His latest venture is Lookup, which is a local commerce messaging app which lets users chat with local businesses and shops. Ritesh Agarwal is the man behind the ‘Ola’ for rooms, OYO Rooms. The startup is a network of technology – enabled budget hotels. This Gurgaon-based company, was founded by him in 2012. It is backed by Lightspeed Ventures, Sequoia Capital and Green Oaks Capital and has more than 700 hotels under its brand. A college dropout who founded Oravel when he was 18 received its share of fundings and accolades and later he rebranded it to OYO Rooms. He completed his higher schooling at St. Johns Senior Secondary School. Freecharge, the famous platform which revolutionized the online recharge system with three step recharges along with providing offers of same value was the brainchild of Kunal Shah and Sandeep Tandon. The company was founded in 2010 and was recently acquired by Snapdeal. He did Bachelor of Arts in Philosophy from Wilson College and later went to Narsee Monjee Institute of Management Studies from which he dropped out later. 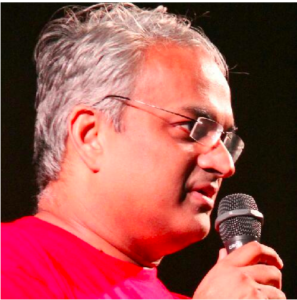 Mahesh has spent 29 years helping big brands with marketing counsel, and 13 years helping startups with marketing counsel and funding too. 19 of these years have been in digital media. Mahesh dropped out of Osmania University, sold vacuum cleaners door to door . He won notoriety and awards as Creative Director on Unilever, The Economist, Pepsi and MTV for whom he wrote and shot a series of top award-winning commercials. He is now the founder of advertising company pinstorm which is an ad firm offering pay-for-performance solution to companies across the world.

There must be something wrong with IIT, Delhi because this is second dropout who made ‘news’. He dropped out in his 4rd year of college(seventh semester). He made news by introducing News in Shorts the one and only app which cuts to the chase delivering only vital details in a news to all those lazy people and even to those who don’t have enough to go through all of them. The app makes sure that each news is conveyed in less than 60 words. Got a minute to spare? Keep up with the world with news in shorts. It started as a Facebook page and now it has made its share of fame so well that it received INR25 Cr in funding three months back.

The brain behind Housing.com’s rise, Rahul Yadav is one the co-founders of the company and a dropout in his fourth year (seventh semester) from IIT Bombay. This didn’t deter him from stopping what he wanted to achieve. He knew that he was building a brand and working to solve a problem which no one ever tackled head on. Being in a mire of controversies, he has played it cool, be it resigning or then taking it back or giving away half of his shares to his employees. This guy has a brash attitude with a load of confidence.

Bhavin Turakhia is the founder and CEO of Directi, an internet domain name registrar company founded in 1998 by him and his brother, Divyank. He managed to have a vision about the internet industry in India, which only a few have rivaled. He is credited for the impressive growth of Directi into a global web products company, with a number of businesses and millions of customers worldwide! Though he is an engineering dropout who cut off from it after 12th, he never stopped dreaming big. In his words, “Everything the Byte touches should be our kingdom” is the vision that Directi is looking forward to.” Pallav Nadhani is the co-founder and CEO of Fusion Charts and RazorFlow and CEO at Collabion, seemingly a serial multi-tasker. He started this company in 2001 at the age of 16 from his bedroom as he found himself dissatisfied with Microsoft Excel’s charting capability while completing his high school assignments. The company is a service provider of data visualization products and owing to its success it was included in NASSCOM EMERGE 50 leaders in 2009.

Even after he dropped out from University of Calcutta, this setback didn’t stop him from achieving what he aimed for. He later earned his degree in Masters Of Computer Science From University of Edinburgh. 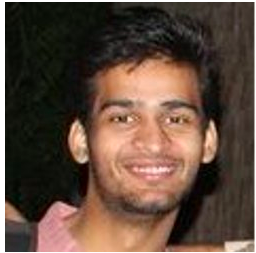 He is an entrepreneur who loves to code and instill people with new ideas, being engrossed with the idea of connecting people through web and mobile, he co-founded Frankly.me with Nikunj Jain. Frankly is a platform which is based on the idea to expand the horizon of conversations that people take part in. It has onboarded various celebs and many people have taken it to the platform to ask anything from them and getting video answers in back. Prior to this he founded Zumbl.com. Though an IIT,Delhi dropout where he was pursuing Computer Science, he wants to increase the IQ of an average conversation on Internet. 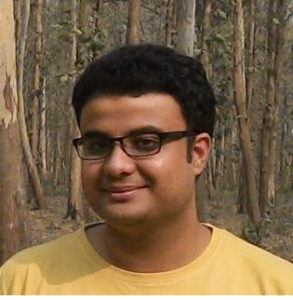 Ankit Oberoi is co-founder of Adpushup, which provides optimization of ads so that publishers and bloggers can benefit from their existing website traffic without the need for any coding skills. The company uses A/B testing to compare between different ad variation like different placements and different sizes. He dropped out from Maharaja Agrasen College in the first semester because he found it was a waste of time, in his words, “You don’t have to be at the college to learn something – Internet can teach you better”. His fascination with internet made him find Tamranda Web Solution which provided web hosting, domain registration and more.  He served as director as Innobuzz before starting up adpushup. 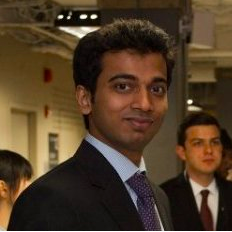 Amritanshu Anand is the co-founder of Retention.ai, which allows app developers and marketers to track uninstalled users and understand their behaviours. It also enables companies to re-target users who have uninstalled the app. He started his as an advisor at Entrepreneurship Cell at IIT Kharagpur where he worked to foster spirit of entrepreneurship in India. Though, he dropped out of IIT he didn’t let anything stop him from pursuing his interests which made him found his company in May 2013.

To Dropout Or Not?

This ongoing debate has been getting a lot more spotlight as we see more and more of the youth starting up early on. Before reaching to any conclusion, though, lets hear out both the sides.

Even though these people are dropouts, they made their path to success but this doesn’t work the other way around. They proved to be an exception because they never lost their passion and kept working towards their goal without any loss of enthusiasm. These were the ones who were so idea-centric about their passion that every time they made a breakthrough they were filled with zeal all over again. This made them overlook their education and follow their idea blindly.

In his blog post even Bill Gates states, “Although I dropped out of college and got lucky pursuing a career in software, getting a degree is a much surer path to success”. He further adds that college graduates are more likely to find a rewarding job and earn higher income than if they didn’t have degrees. The problem is not that enough people are going to college, it is that not enough people are finishing it. Even though enrollments rates are soaring but so are dropping rates. Even though above mentioned dropouts have struck gold but not everyone can do so because they don’t know ‘where ‘ to look. That perspective, that imparting of skills is provided by formal education.

On a lighter note, college leads to overall development of an individual. It not only provides with education skill but also important life skills which go a long way. Earlier, people used to stick to their passion and were not easily demoralised but the scenario is different now, with ever-shortening attention spans and lack of patience thereof, the road to success has become a treacherous path for many.

In Kunal Shah’s words, “They say people with high IQ have a good chance to be an atheist, but it doesn’t mean one will become high IQ by stopping to believe in God.”

Education is not preparation for life; education is life itself. ~ John Dewey

As with most debates, there are merits to both sides of the story. We’ll leave it up to you to choose your side!