The team is led by a mechanical engineering professor Vikranth Racherla 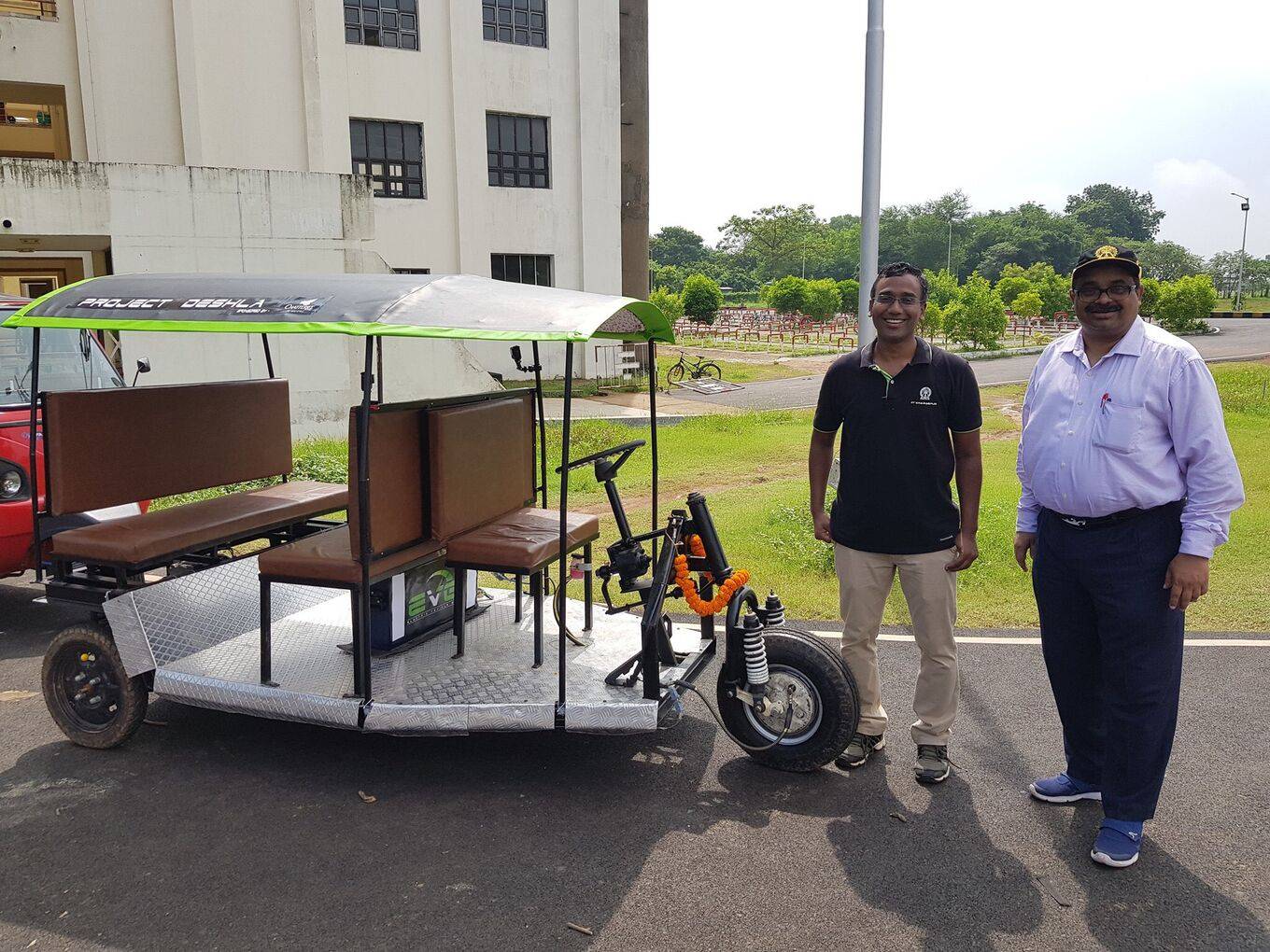 The vehicle is said to be chargeable at home and has a maximum speed of 50 Km/hr. According to Racherla, “In contrast to the three-wheelers in the market at present, the vehicle is far more stable and jerk-free on bad roads.”

“It has a steering wheel and works on gear mechanism with high mechanical advantage. The vehicle uses hydraulic brakes instead of mechanical brakes for more effective braking,” he added. Two variants of the vehicle are said to be produced, one with three seats and another with a six seats capacity.

“With its powerful motor, a lithium ion battery that can last up to seven years, high load carrying capacity, sturdy frame and yet easy manoeuvrability, Deshla is a better option than diesel-guzzling, polluting autos and the flimsy and high-maintenance Totos. It is not only clean and green, but also steals a march on both when it comes to safety, reliability, performance, and comfort,” IIT Kharagpur reportedly said in an email sent to Mint.

Professor Rachrela and the group of students are now reportedly looking to raise INR 3 Cr. in seed funding to start the commercial production of this vehicle and get the required formal Automotive Research Association of India certification. The team has already been registered as a startup, according to a media report.

Another startup operating in the electric three-wheeler market in India includes SmartE, which has recently raised INR 100 Cr in Series B funding from Japanese conglomerate Mitsui and Co. The company claims to have more than 800 EV charging stations in Delhi NCR and is building another six such EV charging depots.

This is in contrast to the Deshla EV vehicle which can be charged at home and will effectively save the charging depot costs for the companies.

Another new entrant in the electric three-wheeler segment is Uber who has recently partnered with Sun Mobility to deploy electric autos on its platform.

Indian government too has been focusing on converting all public transportation to electric. Under its EV focussed scheme FAME II, the Central government has proposed to invest INR 10,000 Cr ($1.4 Bn) over three years to support 10 Lakh two-wheelers, 5 Lakh three-wheelers, 55K four-wheelers, and 7K buses that operate on lithium-ion batteries or other electric power-trains.