Some of the courses will be offered in conjunction with the famed Massachusetts Institute of Technology (MIT) or Code Academy, a global interactive learning platform

Hero Vired CEO Akshay Munjal said the platform will focus on quality and is targeting just around 1,500 students in the first year 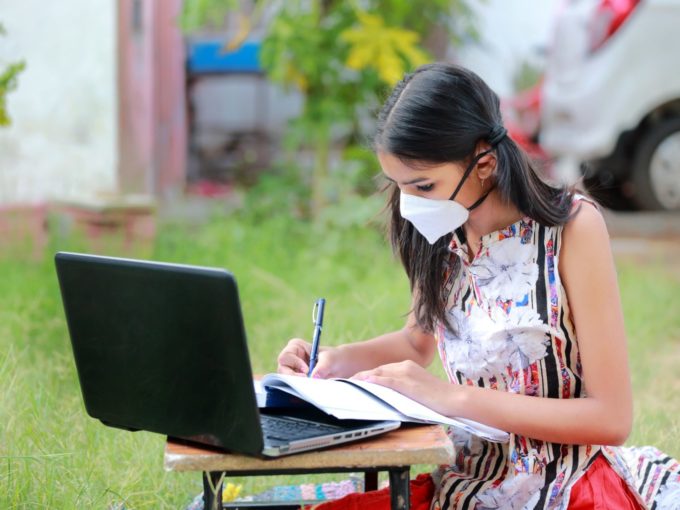 If India’s sprawling education sector, with just under 1,000 universities and nearly 40,000 colleges can’t mitigate the worries of employability in a dwindling economy, then perhaps the system as a whole needs to be reassessed. A lot has been said about the need to make our graduates ready for employment in the industry through skill development courses oriented towards subjects that are in high demand, as also, a more practical and active paradigm of education, rather than the rote learning methods that have become commonplace in classrooms across the country.

Recent years have seen India’s edtech platforms address these problems with a host of offerings, from K12 to test prep to short-term courses for working professionals, to full-fledged online degree programs. Their prominence in our education system has grown since last year, as the Covid-19 pandemic has shifted our entire working environment online. Now, Hero Group, one of India’s best-known business houses and a legacy player in the education space, has joined the bandwagon with its own edtech platform, Hero Vired.

Inc42 had first reported about the imminent launch of a new edtech app by Hero Group. And now that the company is officially launching it, more details about it are clear. We also have an answer to how the company hopes to stand apart in the crowded edtech market.

While India has a host of edtech apps such as BYJU’S, Unacademy, Toppr and Vedantu, for most of these companies, the focus is overwhelmingly on K12 and test prep segments. On the other hand, several leading Indian universities offer part-time online degree programs, equivalent to a regular college education. Mumbai-based upGrad, which has partnered with several universities to offer MBA and PG courses in tech and management, is perhaps the clearest competitor for Hero Vired. upGrad claims to have one million users across over 50 countries, of which 45,000 are paid learners.

Besides upGrad, Hero Vired will have to also compete with startups that have a differentiated model in skill development, including Matrix Partners-backed Pesto Tech, Sequoia-funded Scaler Academy, and Y Combinator-backed Lambda School in the global market.

Founder and CEO Akshay Munjal said Hero Vired isn’t looking to assimilate all edtech segments under its umbrella. Instead, the focus will remain on teaching deep skills that are needed to ace the job market today.

“We’re not looking to grow maniacally at the cost of quality. So the users that any Indian edtech app today would target to gain in one week or a month perhaps, we’re looking to gain that much in a year, just about 1,500. That is because what we are offering is very niche but an in-demand skill, offered in partnership with leading educational institutions across the world,” Munjal told Inc42.

The platform, which has formally launched today, will begin by offering five courses — data science, AI & machine learning; finance & financial technologies; professional full-stack development; game design; and, entrepreneurial thinking & innovation. Four of these courses will be offered in conjunction with either the famed Massachusetts Institute of Technology (MIT) or Code Academy, a US-based online interactive platform that offers coding classes in 12 programming languages.

The edtech app, which has been in the works for two years, will look to solve the problem of employability on two fronts. Firstly, for people attending tier 3 and tier 4 colleges and universities, their degrees are seldom enough to help them land a job in the software or tech industry. Many are compelled to take up jobs that have little to do with their educational qualifications. On the second front, Hero Vired will look to solve for those already in the job market, but looking to acquire the deep skills that are in high demand today, to land a job that meets their expectations.

“We’ve been doing a lot of primary and secondary research, talking to the industry, trying to understand the skills that are in demand today, and those that will remain in demand five years from now. Our courses today are those that are in high demand currently and will remain one of the most popular skills for the industry years from now. Eventually, we want our students not to enrol in a conventional university or a tier 3 or 4 college, but instead join one of the courses that we are offering,” Munjal added.

While the new product is a digital one and will essentially work online, Munjal felt that the future of learning will be a hybrid of physical and virtual learning. Hence, Hero Vired places a high premium on live classes, to ensure a two-way learning environment. The courses, ranging from six months full time with a four-month internship to 11 months part-time, will be priced at around INR 2 lakh to INR 5 lakh, at par with the pricing plans offered by existing players in the space such as upGrad. The medium of education will be English, and Hero Vired will look to offer scholarships to meritorious students.

“The government’s Digital India initiative under the National Education Policy underlines the need for strengthening the online learning infrastructure that ensures equitable access to the highest-quality education for all learners and learning flexibility through the academic banking of credits,” Munjal summed up.

The Munjal family, which founded the Hero Group with Hero Cycles in 1956, is also the promoter of BML Munjal University, besides several other colleges and schools across the country.

With a market size of $2.8 Bn in 2020, the Indian edtech sector is expected to grow at a compound annual growth rate (CAGR) of 39% to reach a market size of $10.4 Bn by 2025, highlights an Inc42 Plus report, “The Future Of Edtech In India: Decoding the $10 Bn Market Opportunity”. Some of the major factors driving the adoption of edtech apps in India will be convenience and cost-efficiency of the products and services, a surge in out-of-pocket expenditure on education and a rise in course fees.