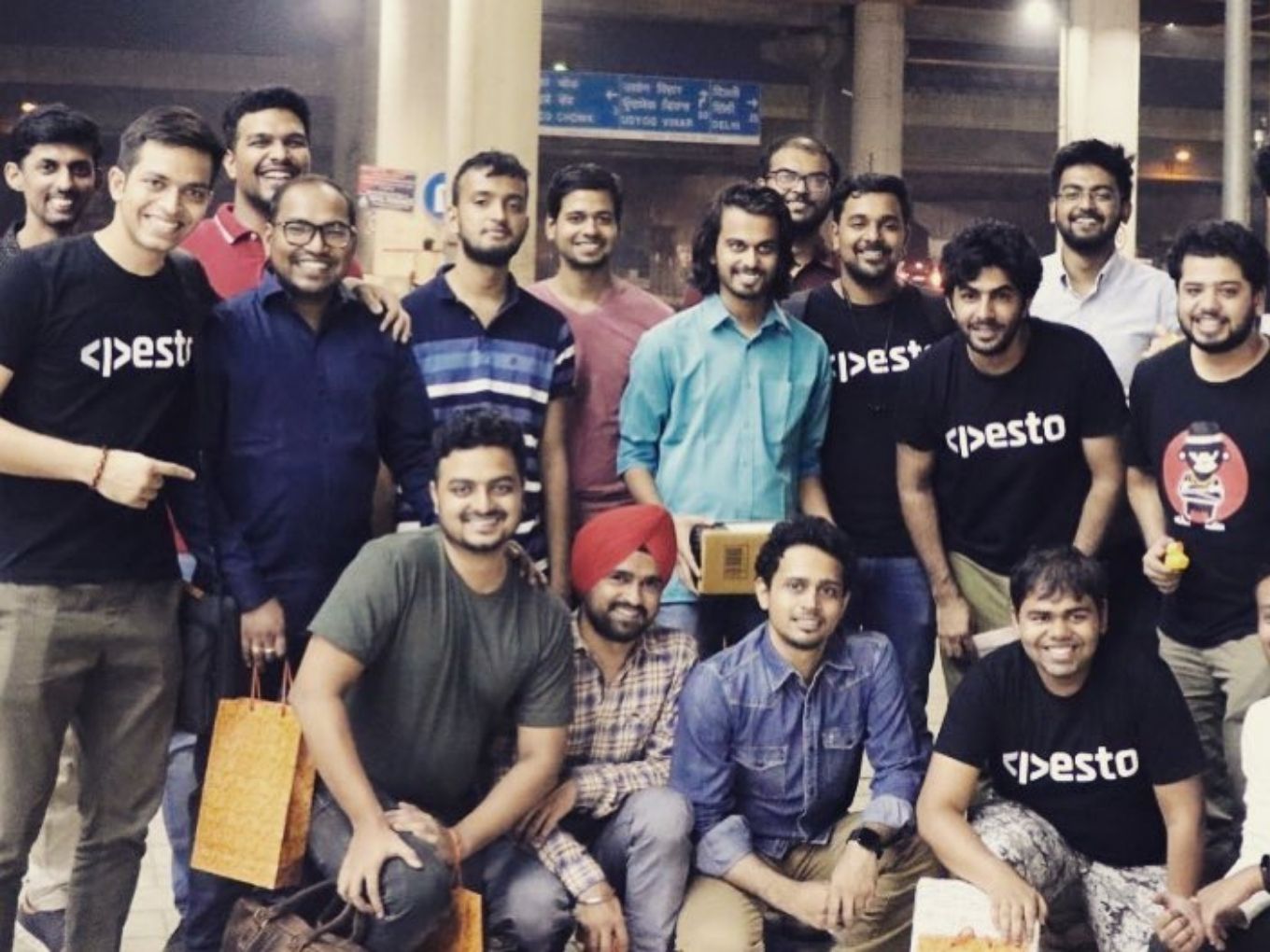 Earlier this year, Pesto brought on board the company’s investor and Swiggy founder Rahul Jamini as a cofounder to lead the technology role

“My relationship with angel investors has been great and some of them even joined me on the entrepreneurial journey too. Overall, I think angels have been very lucky for me,” said Ayush Jaiswal, cofounder of Pesto Tech.

It’s certainly not unusual for a company to bring in angel investors after raising VC funds, but for edtech startup Pesto Tech, it’s not so much about the funding that these angel investors pour in, but their collective experience.

The three-year-old edtech company announced adding another set of prolific angels in a fresh funding round. We spoke to Jaiswal on why Pesto has brought on board nine new angel investors in the undisclosed funding round, especially when the company has raised a $2 Mn funding round led by Matrix Partners in May 2019. As with most things in life, this decision was a function of a couple of different things for Pesto.

“I believe that angel investors add a lot of value, especially at an early stage when you’re trying to figure out what to do. There are a lot of questions as an entrepreneur that can be answered by the angels at an individual level,” said Jaiswal.

No other example illustrates this better in Pesto’s case than Swiggy cofounder Rahul Jaimini, who backed Pesto as an angel, but later exited Swiggy to join Pesto as a cofounder. Elaborating on the experience of bringing Jaimini on board and getting an investor to join as a cofounder, Jaiswal noted that since he himself does not come from a tech background, he has had to work really hard in the past to understand the problems in a software developer’s life.

“I have spoken to each one of the students at Pesto. In the pre-pandemic days, I used to visit Bengaluru frequently to interact with 15-20 developers every weekend. Rahul (Jaimini) brings with him a phenomenal perspective into a developer’s life because he has worked in that space for many years. So the partnership has worked really beautifully for us,” Jaiswal told Inc42.

Pesto Tech & The Power Of Angels

Founded in 2017 by Ayush Jaiswal and Andrew Linfoot (who exited the company in 2020), Pesto Tech offers a 16 weeks software engineering training course that prepares Indian students for high paying remote jobs in India and abroad. While the company’s hiring partners are spread across the globe, the students at Pesto Tech are currently Indian software engineers with at least two years of work experience in the tech industry.

Pesto works on the ISA (income sharing agreement) model, which means once the Pesto graduates are hired, they pay Pesto 17% of their salary for the next three years. Students have to make 36 monthly payments based on their estimated income, however, the agreement is capped at INR 20 Lakh.

“The future of knowledge work is remote and Pesto is accelerating this transition, connecting strong developers in India with the world’s best startups,” said Ryan Hoover, founder of Product Hunt and Pesto’s new angel investor.

Jaiswal noted that most of these angel investors are personal connections that he has known in the past and have shared a relationship with. For instance, Derek Anderson is the cofounder of StartupGrind and Jaiswal has been the country head of StartupGrind India since 2017. Similarly, in the case of Interact’s founder Maran Nelson, Jaiswal knows Nelson from his time as an Interact fellow in 2017.

Even beyond the angel investors that Pesto Tech has managed to get on board, Jaiswal said that there are many other influential and inspirational personalities in the ecosystem, that he keeps trying to get on board because of the value that they add to his entrepreneurial journey.

Illustrating the kind of value angel investors can bring to a startup, Jaiswal said that in the matter of three to four weeks, Product Hunt founder Ryan Hoover got over 40-50 introductions for Pesto. So, clearly it’s not just about the perceived value of an investor’s experience, there’s already added value in the first couple of months of the relationship.

Another thing that angel investors enable for Pesto Tech is understanding of the global market. Pesto works with remote companies and these companies can be found all over the world. According to Jaiswal, while the majority 50% – 80% of these companies are in the US, the rest of the companies are pretty much all over the world. By adding a set of global investors, the company gets an opportunity to learn from their understanding of the global market and expands their client network.

For example, about Teachable CEO Ankur Nagpal, Jaiswal said that it is crucial to have someone like him on the team who understands the education space in a very scalable way.  Similarly, given Pesto’s focus on remote work, Remote First Capital’s Klinger is a good match for the company. Remote First Capital is an early stage investor network investing specifically in remote work focused companies.

“If you look at these names, you will see that most of them are great brands in themselves, they are great marketers. You will see the impact of such expertise reflecting in multiple things right from Pesto’s marketing copy to all other business functions,” he added.

Since the coronavirus outbreak, companies around the world have made the decision to adopt remote-first culture, even big tech companies like Facebook, Twitter, and Shopify have announced indefinite work from home for their employees.

This definitely expands the potential base of hiring partners for Pesto Tech but like any other educational product, Pesto’s success will depend on the quality of its training curriculum and graduating students. The company competes with Sequoia-backed Scaler Academy in the Indian market and Y Combinator-backed Lambda School in the global market.

As of now, Pesto is doing a new batch every two to three months and plans to increase this frequency to one batch every month soon. There are four full-time teachers on the company’s roster which includes teaching associates for the live remote classes with an average batch size of 40-50 students. As with any company operating on an ISA model, Pesto Tech too has a hefty drop-out rate with 10-20 students dropping out in the batch size of 50.

The company allows students to make the choice of dropping out in the first three weeks of the course, if they feel that Pesto’s intensive course training is not suitable for them.

The company plans to invest its new funds towards onboarding students from global markets like Latin America, but this is expected to take over an year for the company to reach there. Till now, 100 students have graduated from Pesto Tech, out of which the company claims to have placed around 85 in companies such as Highlighter, Snorkel, Human Capital, Remotion, Airmeet, Paypal among others.

Commenting on the investment, Sahil Lavingia, Founder and CEO of Gumroad said, “I’m super excited to see ISAs applied to the Indian market. Pesto’s results in their prior cohorts speak for themselves — their future cohorts will be more outstanding.”