Here’s Why Google India Is Killing Its Station WiFi Programme

Here’s Why Google India Is Killing Its Station WiFi Programme

Station WiFi is active in over 400 Indian railway stations 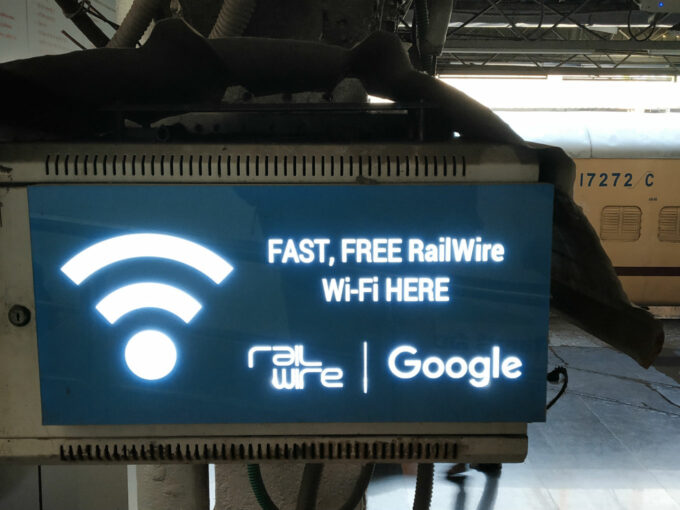 Google India has announced that it will be ending its Station WiFi programme, under which it brought free public internet to India. Launched in India in 2015 as a partnership between Google, Indian Railways and Railtel to bring high-speed and secure connectivity, Google Station is active in over 400 of the busiest railway stations in India, a target Google achieved in June 2018.

Google said it will be now working with partners to transition existing sites so they can remain useful resources for the community.

“Our commitment to supporting the next billion users remains stronger than ever, from continuing our efforts to make the internet work for more people; building more relevant and helpful apps and services; providing digital skills training for users and businesses and creating platforms that are helpful and empower developers and internet users around the world,” the company said in a blog post.

Getting Online Is Easier Now

Google said that it’s clear that since Station WiFI started five years ago, getting online has become much simpler and cheaper. Mobile data plans have become more affordable and mobile connectivity is improving globally.

“India, specifically now has among the cheapest mobile data per GB in the world, with mobile data prices having reduced by 95% in the last 5 years, as per TRAI in 2019. Today, Indian users consume close to 10 GB of data, each month, on average,” it said.

The company added that after the Indian government, several governments and local entities have kicked off their own initiatives to provide easier, cost-effective access to the internet for everyone, beyond railway stations.

Further, the company has noticed that the challenge of varying technical requirements and infrastructure among its partners across countries has also made it difficult for the project to scale up and be sustainable, especially for its partners. Google operates similar public WiFi programmes in other countries.

“And when we evaluate where we can truly make an impact in the future, we see a greater need and bigger opportunities in building products and features tailored to work better for the next billion-user markets.”

According to a TRAI report, globally there is one WiFi hotspot for every 150 people, and in India, 8 Mn additional hotspots need to be installed to achieve the same ratio, creating new market opportunities for infrastructure providers and internet service providers. Currently, India is said to have only 52K Wi-Fi hotspots across the country.

Besides the Indian government’s continuous impetus for internet penetration through the Digital India programme, private sector initiatives such as Vodafone’s SuperWi-fi coupled with the entry of Reliance Jio 4G services have drastically brought down the cost of internet subscription. This has been instrumental to the growth of internet users in India.