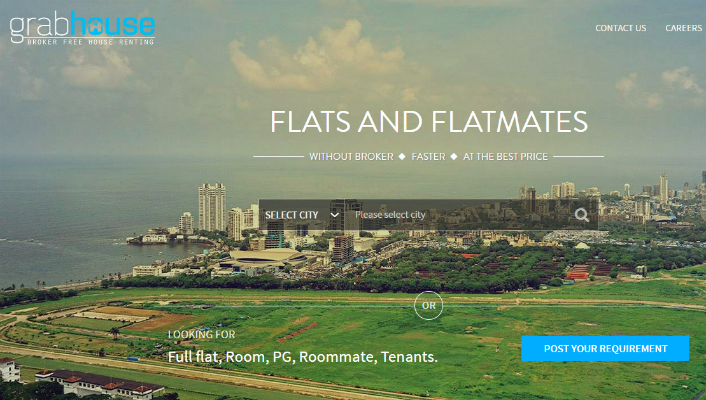 Mumbai based Cryptopy Technologies Pvt Ltd, the company behind real estate portal Grabhouse.com is raising $ 2 Mn in Series A round of funding from Kalaari Capital with its existing investor India Quotient also participating in the round, reports ET.

Grabhouse is currently operational in four cities, including Mumbai, Pune, Bangalore and Hyderabad. As per the website, it has listing of over 89638 houses, and using the platform users have saved about 7.53 Cr.+ which they had to pay in brokerage.

Indian online real estate space in India is crowded with the existence of a number of players. During the current year, the number of players in this segment had raised funding, which includes: Housing.com raising INR 115 Cr From Helion, Qualcomm & Existing Investor Nexus Venture Partners, Commonfloor raising INR 64 Cr(roughly $10 Mn) in its fourth funding round led by existing investors Tiger Global and Accel Partners and then $30 Mn Series E led by its existing investor Tiger Global.

A few others dealing in the same space include – MagicBricks, 99Acres, IndiaProperty.com.