“The concern is not ‘if’ we will move away from fossil fuels but ‘when.’”- Akhil Aryan, founder of ION Energy.

“Infrastructure always precedes innovation. The Internet had to exist before Google could be used. Gas stations had to be built for cars to be mass manufactured. 3G telecom towers were needed to fuel the adoption of smartphones. So what is needed to enable the mass adoption of electric vehicles?”

Akhil Aryan, founder of Mumbai-based stealth mode startup ION Energy said this while he announced raising an undisclosed amount of angel funding. The cluster of investors who participated in this round included Sushil Jiwarajka, Chairman of OMC Power and Founder of Nippo Batteries; Aakrit Vaish and Swapan Rajdev, the founders of Haptik.

Executives from Times Internet, Dentsu Aegis, Salesforce, and Credit Suisse also participated in this round, as disclosed by the founder. The funds raised in this round will be utilised towards product development and bringing the technology closer to mass manufacturing.

He further believes that customers will not move to electric vehicles simply because they’re better for the environment but if provided with a ‘No-Compromise Switch’ from gasoline to electric. “The choice must become obvious.”

Prior to this, Akhil has built software companies in Mumbai, San Francisco, and London. Most recently he was part of the leadership team at Haptik where which has two million users and has raised $12 Mn funding. In February 2016, after what he recalls as an epiphany, Akhil decided to put his learning curve to the test and set out to solve problems in the energy storage space.

As Akhil states, till today, the majority of electric vehicles in the market run on Lead Acid batteries. These are the batteries traditionally used in fuel-driven cars, which we know by the brand names like Exide and Amaron. So those batteries are never meant to be used to run vehicles. They were simply meant to start engines and run air conditioners, music systems, etc. inside the car. Plus, the power density of these batteries is also quite inefficient.

At this point, Akhil says, “Lead acid batteries today are all like a dumb battery, sitting inside your vehicle with no brains and not managing anything. When it comes to lithium ion and, specifically, what we are building, we have a custom proprietary battery management system, which is connected to every single cell of the battery pack. And it measures current, voltage, temperature, at a real-time basis, and balances the entire battery thereby increasing the life of the battery.”

He further points out many other differences between the two to highlight how Lithium Ion batteries can make a huge difference in the entire working mechanism of the vehicle. For instance, Lead Acid battery has a life of six months while Lithium Ion battery has a life expectancy of five-six years. Next on, Lead Acid batteries used in Indian electric rickshaws weighs around 135 kgs while Lithium ion weighs just 25 kgs, a differential of 110 kgs. With vehicle weight playing a critical role in on-road performance, this would mean better acceleration and high vehicle efficiency for the Lithium Ion batteries.

Theses batteries are 100% recyclable and can be used in all kinds of two, three or four-wheeler vehicles with several other use cases, as the underlying technology will always remain the same.

At this point, the company refused to share specifics about the products until patents are filed. However, ION Energy claims to deliver a more lucrative price per KM, along with five-six times better acceleration, 10-12 times longer life, highest standards of safety and reliability along with the fastest replenishment (aka charging time) compared to existing EVs.

“These plug & play batteries are made available exclusively to their anchor partner OEMs (original equipment manufacturers) and reduce 40-45% upfront costs to their end customers. All of this is possible by the use of our proprietary technology, custom algorithms of our battery management systems, and qualitative thermal management.”

“Lithium Ion Is A Commoditised Word”

In Akhil’s own words, Lithium Ion is a commoditised word. For instance, if we talk about smartphones, though outside its one entity but inside Micromax (hardware) and Microsoft (Software) are two entirely different entities. Similarly, in the case of batteries, Lithium Ion too can be infused with many other combinations. “So when we say Lithium Ion, different kinds of chemistry is available such as Li-nickel-manganese-cobalt (NMC), Li-phosphate, Li-manganese and more. Each combination has different pros and cons and, depending on usage needs, a choice can be made. For example, in a city like Delhi where the temperature reaches over 45 degrees in summers, thermal management is required with Lithium Ion batteries without which you will be sitting on an explosive bomb.” 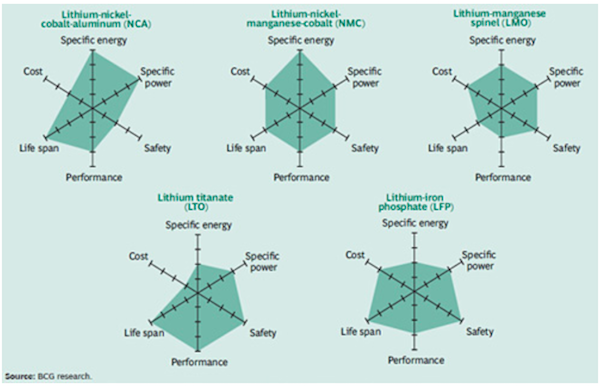 Furthermore, Akhil describes the energy storage/battery management space to combat a set of threefold challenges. One, with respect to procurement and assembly, India has practically low resources of Lithium, and most of the Lithium Ion has to be imported.

Secondly, production is a tough process due to lack of required machinery for engineering and assembling the batteries. And lastly, the problem is that of awareness and education.“Quite a few misinformed data points has been shared with practically all the stakeholders in this business, be it end customers, investors or distributors. And that they don’t really understand the space enough. Also, like for smartphones there has been fixed metrics for assessing its performance, there has not been any such metrics defined that the customer ultimately cares at the end.”

The team is planning to unveil the product around Q1 2018. ION Energy also recently joined the committee being led by Professor Ashok Jhunjhunwala that is standardising Lithium Ion batteries for Electric Vehicles in India. “Energy storage is key to large scale deployment of renewable and clean energies. Lithium Ion will play a key role going forward and ION Energy led by Akhil Aryan is doing pioneering work in building the next generation batteries,” said Sushil Jiwarajka, Chairman of OMC Power & Founder of Nippo Batteries.

When we talk about electric vehicles, the first name that comes to mind is Elon Musk’s Tesla, which has been n working continuously with Lithium Ions. In July 2016, Tesla Motors’ $5 Bn factory in the Nevada desert claimed that it could nearly double the world’s production of Lithium Ion batteries. Tesla is now working to produce its fourth Lithium battery-based car, the Model 3+ Sedan which will come on ramp for sale by the end of next year, as per an ET report.

In September 2016, the company was also selected to build one of the largest Lithium Ion battery storage project in the world. “When completed in Los Angeles, the energy arm of Tesla, still best-known for its cars, says it will hold enough electricity to power 2,500 households for a day or charge 1,000 of its sleek vehicles,” was stated in a USA Today report.

Panasonic, Chinese automaker BYD Co. are a few other companies involved in the sourcing and manufacturing of these batteries respectively.

In today’s far-too-familiar, overloaded world that uses data as fuel, actual fossil fuels are fast becoming the bane of the planet’s citizens. In a recently published study, Delhi, Mumbai, Pune and many others topped the list of the world’s most polluted cities. In such a scenario, Akhil’s statement of the time being ‘when’ the country goes electric is pretty valid. But, at the same time, it behooves us to take note of the fact that an average Tesla vehicle (the name most associated with green and clean automobiles) is upwards of $30K.

In such an instance, it remains to be seen how the stealth startup will go about managing energy storage efficiently and affordably, and provide a valid proof of concept (by educating the many links on the automobile battery production chain). Also, as competition in the space heats up, it also remains to be seen how ION will look to battle entrenched incumbents such as Tesla, and newer, unnamed entrants who are all working towards a better, safer and cleaner Earth.

Will Amazon Prime Give In To Censorship Demands After Tandav, Mirzapur Controver...