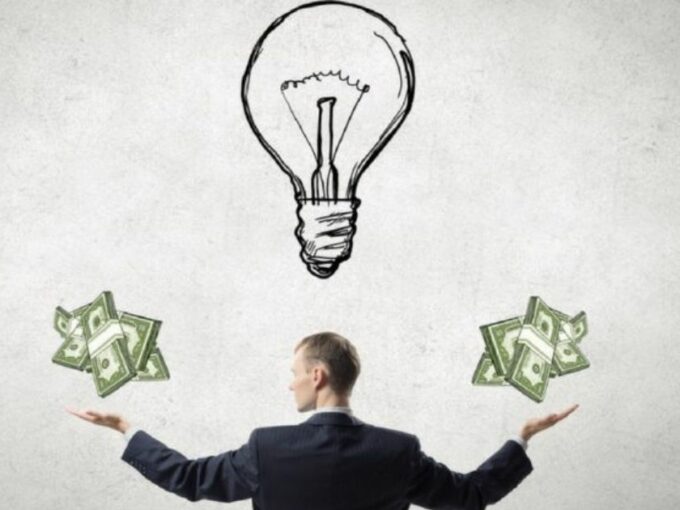 In a bid to provide the much-needed growth for startups, the government is engaged in talks with a global pension fund and Insurance Regulatory Development Authority of India (IRDAI) to float a $2 Bn alternative investment fund (AIF).

The move is aimed to provide more domestic funding options for the startup community reducing their dependence on foreign private equity players.

As part of the move, the government is also looking to bring in several special changes to the existing laws, including insurance sector regulations.  Global pension funds and insurance companies will also be investors in the government’s efforts.

An expert committee has submitted its report to the IRDAI on the creation of the AIF, people familiar with the matter told ET.

AIF’s are funds that pool capital from institutional investors and wealthy individuals to invest in riskier assets. All AIF’s in India come under the Security and Exchange Board of India’s purview.

Recently the Parliamentary Standing Committee on Finance, while noting that Indian startups must end their reliance on foreign investments for growth, called for an expansion of the Small Industries Development Bank of India (SIDBI) Fund-of-Funds vehicle to enable it to function as an anchor investor.

The panel’s recommendations come amid a persistent anti-China sentiment in India, following geopolitical tension along the border. Since then, the government has banned hundreds of Chinese mobile applications and told ecommerce platforms to list ‘country of origin’ for all products listed on their website, besides ramping up its Aatmanirbhar Bharat or Self-Reliant India pitch.

In April this year, India changed its Foreign Direct Investment (FDI) rules to mandate that all investment from neighboring countries in Indian companies would require the approval of the Indian government.

Meanwhile, an Inc42 Plus analysis has revealed that compared to Q3 2019, both the funding amount and deals in Q3 2020 remained relatively low, indicating the adverse impact of the pandemic on startup investments in 2020.

Given the current trend, it is predicted that the total annual funding in the calendar year 2020 will remain relatively lower compared to the previous year. As per Inc42 Plus analysis, the annual funding amount is estimated to plunge anywhere between 11% to 36%. 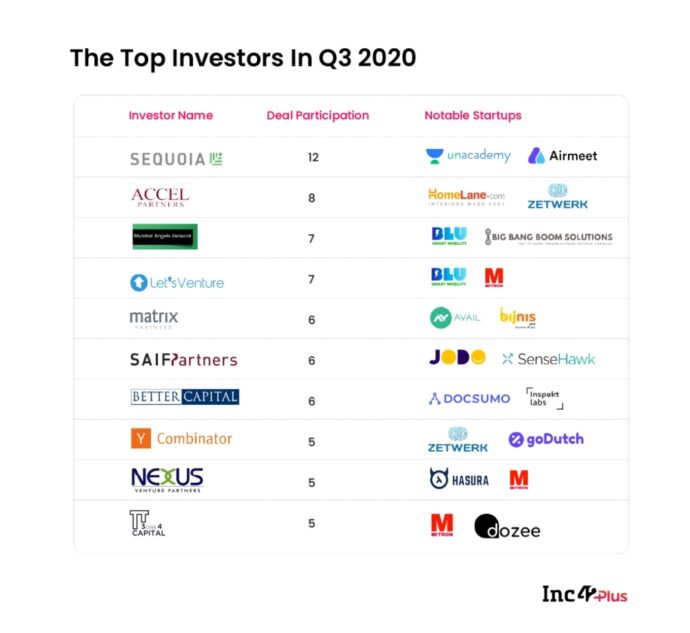 Based on our analysis, the 10 top investors for Indian startups in Q3 2020 are:

According to the report, Chinese investments in Indian startups grew at a compound annual growth rate (CAGR) of 36%.