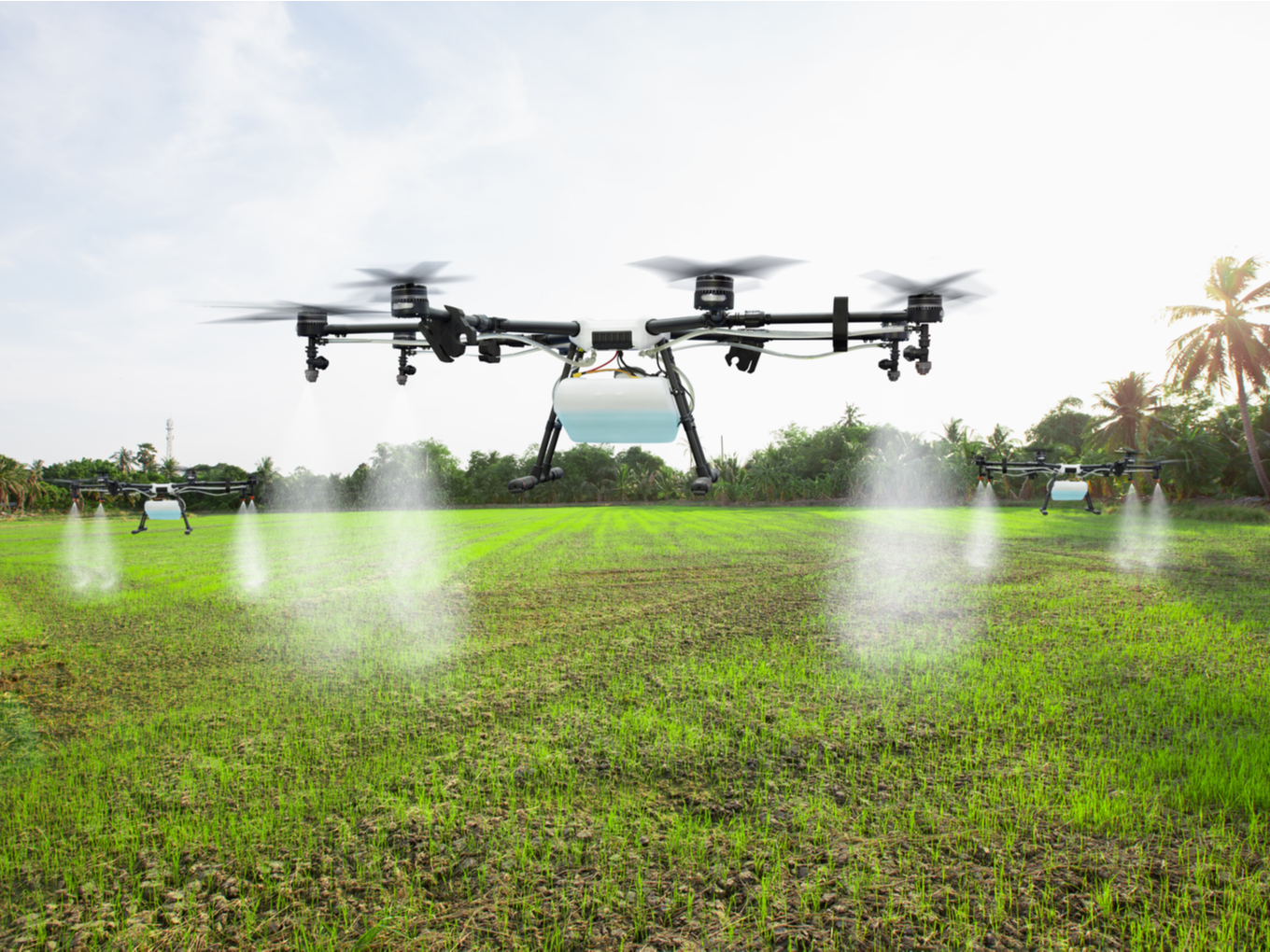 Financial assistance of 100% cost of drone together with the contingent expenditure is extended under Sub-Mission on Agricultural Mechanization (SMAM) to the Farm Machinery Training & Testing Institutes. The same has been extended to Institutions of Indian Council of Agricultural Research, Krishi Vigyan Kendra (KVK) and State Agricultural Universities (SAUs) for its demonstration on the farmer’s fields, Union Minister Narendra Singh Tomar said in the Rajya Sabha on April 1.

Inc42 earlier reported about the central government ramping up efforts to shore up drone adoption in the agriculture sector. As part of the plan, the Directorate General of Civil Aviation (DGCA), the Agriculture. Ministry and the Central Insecticide Board and Registration Committee (CIBRC) will fast track applications and adoption of drones in the sector.

Tomar stressed once again how the government is providing different types of financial assistance to the agricultural sector and the farmers for a better push for the adoption of drone technology in the farmlands.

The initiatives and measures discussed in the Rajya Sabha are a clear indication of the government’s focus on encouraging drone technology in the agricultural sector. An impetus for the drone startups aiming for a bigger pie of the ecosystem of the country.

As per the government, Farmers Producers Organisations (FPOs) are now provided grants at 75% for the purchase of drones in order to demonstrate on the farmers’ fields. In addition, financial assistance of 40% of the basic cost of drone and its attachments, and a maximum of up to INR 4 Lakhs is also provided for drone purchase by existing and new Custom Hiring Centers (CHCs) under Cooperative Society of Farmers, FPOs and Rural entrepreneurs.

In fact, the agriculture graduates establishing CHCs are now eligible to receive financial assistance  50% of the cost of the drone up to a maximum INR 5 Lakhs.

Tomar had mentioned these financial assistance plans in Lok Sabha last month as well while he had talked about the Standard Operating Procedures (SOPs) for use of drones in pesticide and nutrient application released by the Department of Agriculture & Farmers Welfare.

Tomar’s latest statement on April 1 in Rajya Sabha comes in response to questions on whether the Indian government is planning to draft a policy on the usage of drone technology in farmlands, whether the farmers would be eligible for subsidies in that case and if this would help in generating employment.

Other questions were also raised during the session pertaining to the government’s efforts in increasing the use of technology in agriculture and reducing agricultural costs.

To that, Tomar stressed how the government is promoting startups in the agriculture sector. “To nurture agri-entrepreneurs 50 Agri Business Incubators have been established in different ICAR Institutes and Agricultural Universities. So far, a total of 1617 Start-ups including 818 by DARE/ ICAR and 799 by DA&FW have been developed” Tomar added.

India has witnessed a 34.4% surge in the number of drone or UAV startups between August 2021, when there were 157 startups in this market,  and February 2022, which counted for 221 drone startups.

While presenting the 2022 Union Budget on February 1, Finance Minister Nirmala Sitharaman called on the entrepreneurs to create drone-based startups. She called for leveraging ‘Drone Shakti’ through a myriad of applications, adding that Drone-As-A-Service (DrAAS) startups were the need of the hour.

Sitharaman also talked about ‘Kisan drones’ that will be promoted for crop assessment, digitisation of land records, and spraying of insecticides and nutrients.

A Director-General of Civil Aviation (DGCA) official had earlier told Inc42, “The drone regulations in India and most parts of the world are still in their nascent age. The regulatory standard still very much depends upon the presence and robustness of digital mechanisms, local threats, and most importantly the defence and offence mechanisms that are in place.”

Following these events, the central government started further ramping up efforts to encourage drone adoption in the agriculture sector.

“The DGCA, the agriculture ministry and CIBRC are working jointly to fast track applications and adoption of drones in the agriculture sector, including crop health monitoring and spraying of soil nutrients,” a senior official in the CIBRC, Ravi Prakash said, as per an Inc42 report published last month.