FATF seeks cooperation between countries on taxation and cross-border payments 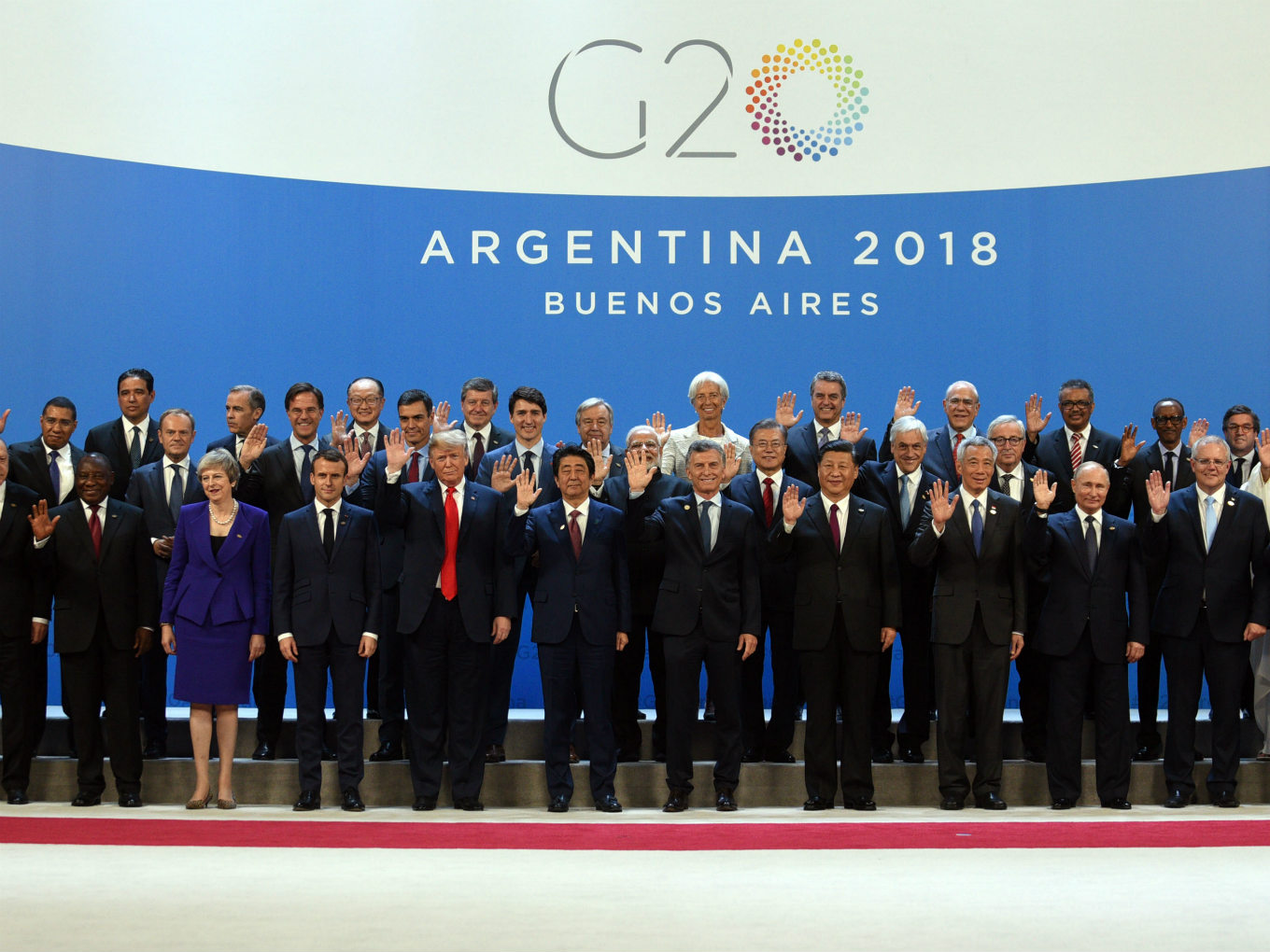 G20 — the group of the world’s 20 biggest economies — agreed to introduce regulations on crypto assets (cryptocurrencies) to counter money laundering and financial terrorism.

The decision was reached at the G20 leaders’ summit held on December 1, 2018 in Argentina. The regulations shall be in line with the Financial Action Task Force (FATF) recommendations.

In its joint press statement, it said: “We will continue to monitor and, if necessary, tackle emerging risks and vulnerabilities in the financial system; and, through continued regulatory and supervisory cooperation, address fragmentation.”

The G20 countries which includes leading economies — India, China, US, UK and EU — agreed that international standards on crypto assets are crucial to support sustainable growth. And, that the member countries will remain committed to the full, timely and consistent implementation and finalisation of the agreed financial reform agenda, and the evolution of its effects.

Policy makers and central banks around the world have been slow to accept cryptocurrencies, which they say are being used for evading taxes as well as under-the-radar cross-border payments.

In India, besides a batch of cryptocurrency-related petitions pending in the Supreme Court, an interministerial committee led by department of economic affairs secretary Subhash Chandra Garg is looking into the crypto regulations.

Some of the interdisciplinary committee members such as RBI executive director Ganesh Kumar and finance ministry officials have actively participated in G20 and FATF working group meetings. The committee will have to follow the FATF recommendations too, while drafting their crypto report.

Earlier, in March, this year, the official communiqué of the first G20 meeting of finance ministers and central bank governors of 2018 had asserted that crypto-assets raise issues with respect to consumer and investor protection, market integrity, tax evasion, money laundering and terrorist financing.

A group of 35 countries and the EC (European Commission) had then asked the FATF to revise anti-money laundering policies pertaining to cryptocurrencies. The task force had promised to present a revised AML Policy with better countermeasures at the G20 Leadership Summit 2018.

Industry watchers say that Crypto-assets lack the key attributes of sovereign currencies. At some point they could have financial stability implications.

What Are The FATF Recommendations

FATF, in its regulatory standards released on October 19, emphasised that ‘virtual assets’ (cryptocurrencies / crypto assets) are distinct from fiat currencies or the legal tender of a country, and hence should be treated as assets instead of currencies.

The task force has acceded that virtual assets and related financial services have the potential to spur financial innovation and efficiency and improve financial inclusion, but they also create new opportunities for criminals and terrorists to launder their proceeds or finance illicit activities.

The FATF recommendations therefore has set out comprehensive requirements for combating money laundering and terrorist financing that apply to all forms of financial activity—including those that make use of virtual assets. However, governments and the private sector have asked for greater clarity about exactly which activities the FATF standards apply to in this context.

According to these recommendations, governments should ensure that virtual asset service providers are subject to anti money laundering (AML)/counter financial terrorism (CFT) regulations, such as conducting customer due diligence including ongoing monitoring, record-keeping, and reporting of suspicious transactions

While FATF is further supposed to provide more clarity in terms of crypto regulations for financial stability, FATF had earlier observed that the legitimate use of cryptocurrencies offers many benefits such as increased payment efficiency and lower transaction costs.