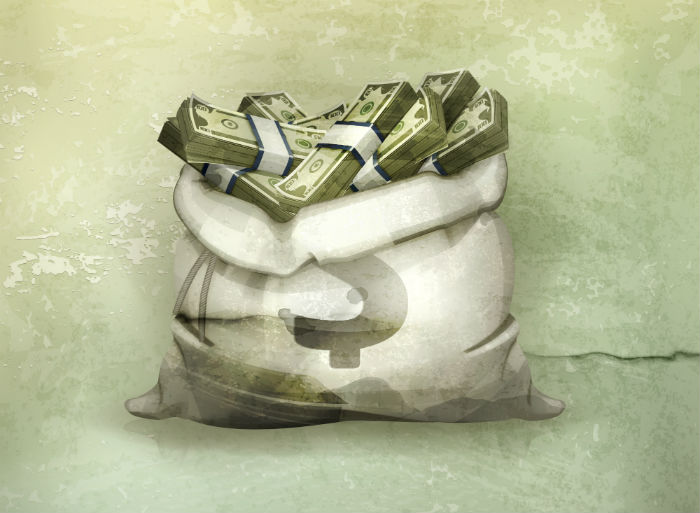 One of the biggest announcement came from Ola this week, the cab hailing app raised over $400 Mn in Series E round led by DST Global with participation from GIC, Falcon Edge Capital and existing investors SoftBank Group, Tiger Global, Steadview Capital and Accel Partners US.

This week, 15 startups raised about $517 Mn in funding altogether. (Calculations are based on the startups that disclosed their funding amounts.)

Nayi Disha Studios: Education-focused gaming startup has raised INR 2 Cr. in seed funding from risk capital veteran Ajay Relan. The Delhi based startup will use the funds raised to expand across the country as well as internationally, especially in the Middle East, Singapore and the Asia-Pacific region. Founded in 2012 by BITS Pilani alumni Kartik Aneja and Kushal Bhagia, the company provides motion sensor-based learning apps, spread across a range of subjects like math, languages and general knowledge.

Robosoft: Karnataka-based mobile app developer raised $12 Mn in Series B round of funding from Ascent Capital. The company also publishes its own mobile games. As per the reports, Multi-stage investor Ascent Capital has invested $10 Mn, while Kalaari Capital put in the rest. The company will utilize the fresh funding to restructure itself into three separate companies. Besides, it also plans to build near-shore capability in the US, Europe and Middle East with these investments.

TaskBob: This home services marketplace startup grabbed a funding of $1.2 Mn from Orios, Mayfield. The mobile only app, offers instant home services by sending pre-screened, verified, skilled professional serviceman at the customer doorstep to fix household appliances such as AC, washing machine, computer and refrigerator. Launched in 2014, the startup is currently operational in Mumbai, said that the funding will be used for expansion to other parts of the city.

UrbanClap: Founded in 2014, UrbanClap has raised INR 10 Cr. in funding from SAIF Partners, Accel Partners and the founders of Snapdeal. The platform which is currently operational in Delhi NCR, helps to connect service professional like a plumber, wedding photographer, yoga teacher or an interior designer. The company plans to invest the funds in strengthening its technology, team and will look to spread more service categories into different cities in India.

PolicyBazaar: The online insurance aggregator company has raised $40 Mn funding in its Series D round from PremjiInvest. The Company started in 2008, helps users compare through various insurance plans and narrowing down on the insurance policy which best suits an individual’s needs.The company has over 5,000,000 customers who seek both life and non-life insurance. The raised funding is to be used for upgrading the technology, marketing and building the company’s recently launched platform PaisaBazaar.com.

PepperTap: Gurgaon-based, mobile-first hyperlocal grocery delivery services startup has raised Series A funding of $10 Mn from SAIF Partners and Sequoia Capital. Founded in 2014 by Navneet Singh, PepperTap plans to use the funds for building a highly-skilled team that is in sync with global standards and for expanding the reach to 10 more cities by the end of this year. PepperTap currently offers more than 15,000 product categories.

Grofers: This Gurgaon-based on-demand grocery delivery startup grabbed over $35 Mn in a new round of funding led by Tiger Global and Sequoia Capital. It delivers items from nearby stores of the cities to customers within 90-minutes delivery time and currently gets 1000+ orders per day from Delhi and Mumbai (it was 180 a day in February). With the funds, they look to expand their categories as well as cover other cities like Pune, Hyderabad and Chennai by June.

LocalOye: The mobile marketplace founded in 2013, which hires local service professionals, has raised $5 Mn Series A funding from Tiger Global Management and Lightspeed Venture Partners. The funding will be used to aggressively scale nationwide and expand to more service categories.

Commeasure: A Noida and Singapore-based startup that runs a B2B platform helping hotels develop their direct booking systems has raised a seed round of $1 Mn by venture capital firm Jungle Ventures. The funds raised by the 2014 startup is planned to be invested in expansion and technology development. Currently, the company caters to small and medium-sized hotel chains and has about 500 customers across India and South East Asia.

CapriCoast.com: Bangalore-based CapriCoast.com raised over $1.25 Mn in a seed round by Accel Partners India. CapriCoast.com’s online model eliminates middlemen and brings in cost efficiencies that are passed on to the customer, making the price of a world class modular kitchen to be 20-25% lower than any other comparable offerings in the market. Zansaar and CapriCoast are planning to use each other’s platforms to increase their user base. CapriCoast is currently operational in Bangalore, and plans on expanding in all 6 metro cities in India by the end of the year.

ThePorter: Mumbai-based online logistics startup that helps book trucks and tempos, raised INR 3 Cr. from Kae Capital. Founded in 2014, the company plans to use the funds for expansion of its truck fleet in Mumbai (currently 100 trucks in Mumbai), and will further expand business in Delhi and Bengaluru within 2-3 months. The company will also spend on expanding its team size which currently has 40 people. ThePorter is reportedly getting 2,000+ transactions per month, and making a monthly revenue of over INR 25 lakh.

ZopNow: This Bangalore based online grocery startup raised $10 Mn in a funding round by San Francisco-based Dragoneer Investment Group, alongwith its existing investors. The current funds raised will be used for expansion into 15 more cities and will further invest in technology and hiring.

Doormint: Mumbai-based Doormint which provides hassle-free, punctual and transparent utility consumer services at your doorstep raised an undisclosed amount of funding from Powai Lake Ventures and is further in talks with VCs to raise the next round.

Besides this, online travel services provider Cleartrip.com is said to be in talks with investors to raise its Series E funding for $30 Mn to ramp up its mobile technology platform to attract a new segment of customers from around the country.

Lets have a look at the acquisitions that took place this week:

Lets have a look at other important developments of the week: