From Startups To TikTok: Karnataka’s Digital Strategy To Fight Covid-19

From Startups To TikTok: Karnataka’s Digital Strategy To Fight Covid-19 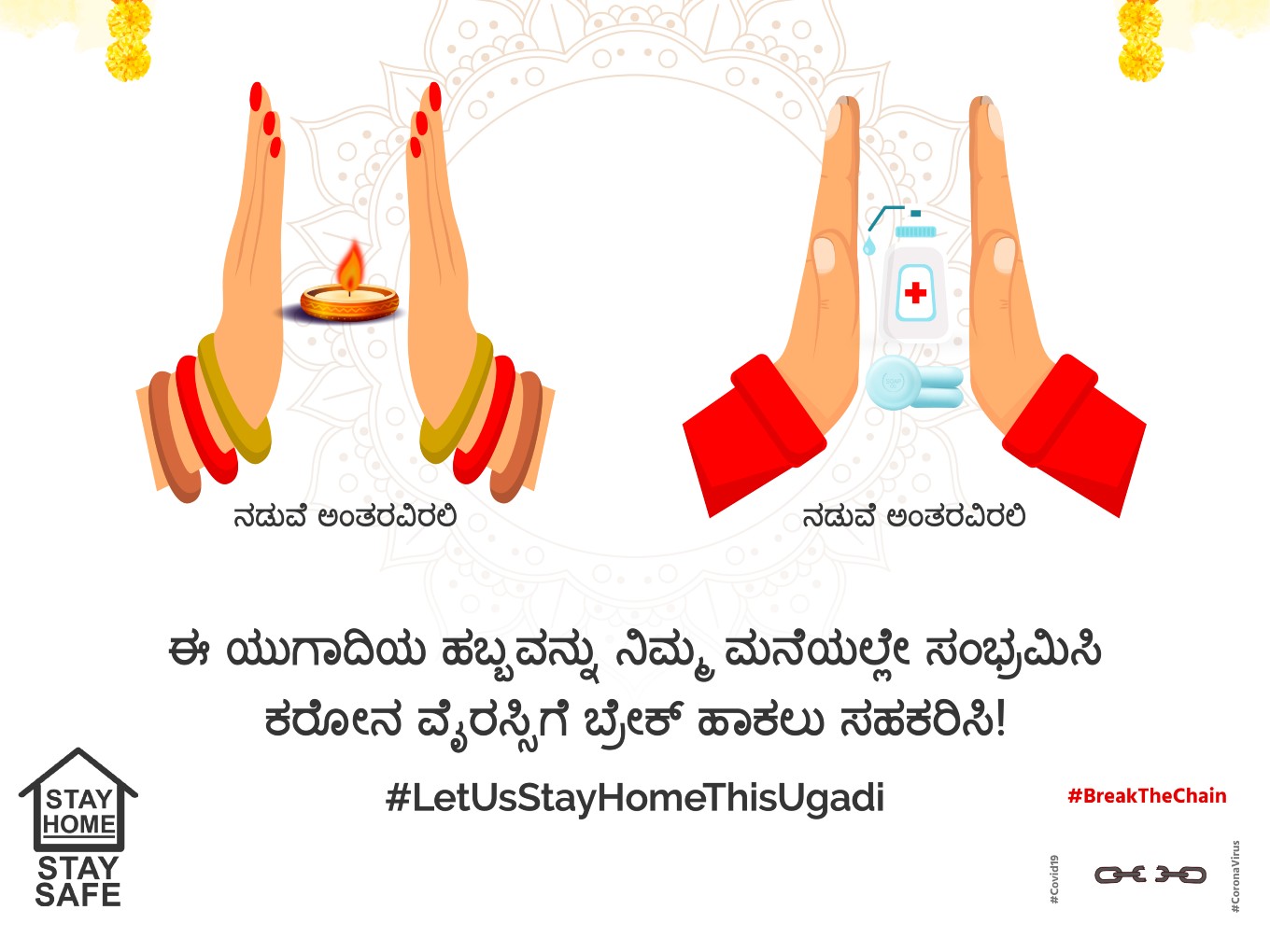 Besides WhatsApp, Facebook and Twitter, TikTok is the new social media sensation for state governments and authorities looking to clamp down on misinformation and get the word out amid the pandemic. The Karnataka government has started creating Covid-19 awareness videos on Tiktok to reach the masses, a model which has also been replicated by the Maharashtra government now.

At a time when the Covid-19 vaccine is very far away and no other validated drug is available, prevention and precaution is perhaps the only solution. In the case of coronavirus, social distancing and taking precautionary measures while touching foreign objects are the only viable solutions, and these have been recommended the world over.

In India, however, people have time and again failed to understand these basics and keep flouting these precautionary measures and even lockdown. This was highlighted by the recent incident when over 3400 Muslims — many of whom had come from abroad — gathered at Nizamuddin Markaz on March 13 before the official lockdown, while similar gatherings were seen even on March 28 when the complete lockdown was in place in Kerala at the Malayinkeezhu Sree Krishna Swami Temple in Thiruvananthapuram. Even in Uttar Pradesh, lockdown rules were flouted by Chief Minister Yogi Adityanath’s temple mere hours after they went into effect on March 25.

Such gatherings in the recent past have now fast become the source of community transmission. Has the government of the day failed to educate people at large pertaining to the preventive measures to stop the spread of SARS-CoV2 and Covid-19?

Given the lockdown, the central and state governments have limited resources in this regard. They can’t put up the hoardings. They can’t advertise in print media, while digital media has limited reach in rural areas.

In such a scenario, many state governments have been proactively using social media to spread awareness through regional language videos. The Karnataka government has started creating Tiktok videos in collaboration with local celebrities, TV personalities.

Speaking to Inc42, Bangalore Metropolitan Transport Corporation managing director C Shikha who is leading the digital campaign said, “The Karnataka government has set up a special task cell for creating awareness on social media and through other means such as by circulating audio messages in rural Karnataka.”

The special task cell has been constituted with teams from various departments such as the department of information in public relations, technology, health and family welfare, BMC, BMTC, KSRTC and so on.

With over 467 Mn app downloads, India has been instrumental in the rise of TikTok. 41% of the users are believed to be between the age of 16 to 24 years. The popularity could also be understood by the fact that in 2019 alone, Indian users spent over 5.5 Bn hours on TikTok.

As a result, celebrities including Deepika Padukone, Shilpa Shetty and Riteish Deshmukh are using the app to connect with the youth, as many of them are not active on other platforms.

This Ugadi (New Year’s Day for Karnataka, Andhra Pradesh and Telangana), the Karnataka state government launched a slew of TikTok videos targeting people who are looking to roam outside their homes.

This was perhaps the first time an Indian state was using TikTok for the essential outreach programme.

“The purpose of these 30-40 second-long videos was very clear: Your home is the biggest temple. Stay at home and celebrate the festival,” said Shikha

The videos went viral. There was a very good response to the short videos as it was able to appeal to the youth. First, since it was talking about their culture and the second, was its presentation and the platform chosen, added Shikha.

The state government has also roped in popular local stars such as Puneeth Rajkumar and TV artists for these TikTok videos.

Some of the videos have also been made in sign languages to reach out to the hearing-impaired community. Similarly, for the visually-impaired, specific messages have been created and circulated to the community.

In total, the task force is creating around 3-4 videos plus messages on a daily basis to limit the overload of information supply. 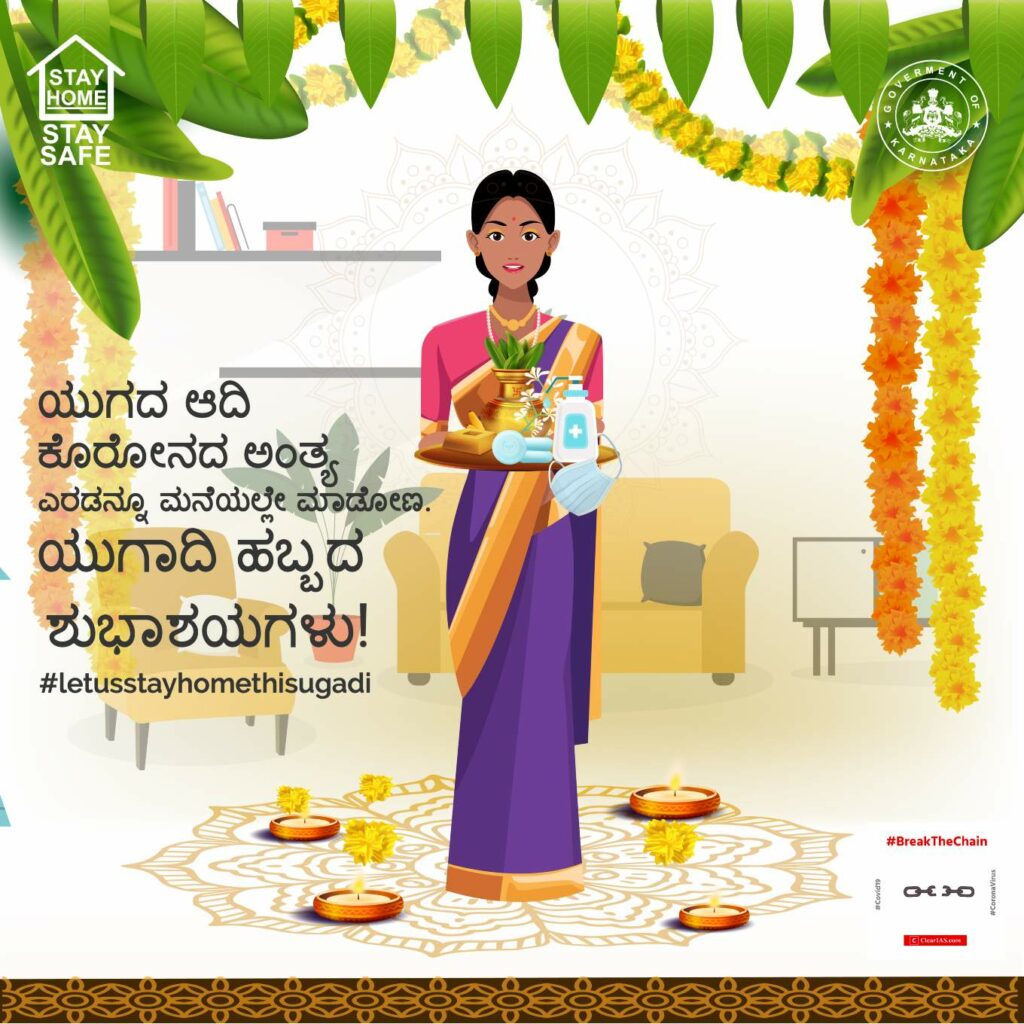 Besides Tiktok, the Karnataka government has been using WhatsApp, Telegram, Facebook and Twitter as part of their digital campaign. “WhatsApp is the most effective communication” affirms Shikha. A hierarchy of WhatsApp groups has been created. For instance, from the cell, the messages in the form of audio, visual and text are sent to the deputy commissioners groups who further forward these messages to the other groups such as presidents of various committees which include hawkers association, teachers association, taxi operators association and so on. They further circulate the messages to masses.

“Every WhatsApp message instantly gets circulated to around 20-25 Lakh people through WhatsApp.”

However, WhatsApp effectiveness is mostly limited to urban areas, said Shikha. For rural Karnataka, the rural development and Panchayati Raj department have devised a separate strategy. “While we push the information to all the 6000 members of the departments through WhatsApp or Telegram, it’s the gram panchayat which further spread the messages to the people using audio.”

For the migrant workers who are either from Tamil Nadu, Kerala, Andhra Pradesh, Telangana or any of the Hindi states, the task force has been creating audio and text messages in Hindi, Tamil, Telugu and Malayalam.

The campaign has been equally supported by the social media platforms with Facebook, YouTube and Twitter coming up with dedicated threads for the authentic information from the government.

For instance, Twitter is currently working with the health ministry, and has supported and enabled the Karnataka, Maharashtra, Jharkhand and Uttar Pradesh governments to setup dedicated Covid-19 response accounts.

In a statement shared with Inc42, Mahima Kaul, director, public policy, India and South Asia, Twitter said “We are ensuring that everyone on the service has access to the latest and credible updates as we all navigate the COVID-19 crisis. Online communities and conversations have never been more important and we are committed to protect and serve the public conversation and support the authorities as they navigate this unprecedented moment.”

Startups Essential Part Of The Campaign

While the Karnataka government has been organising grand challenge programmes where tech startups bring in solutions to a variety of urban challenges such as traffic congestion, water scarcity and more, in the times of coronavirus, it is startups that are coming up with solutions pro bono, said Shikha.

The startups so far have announced a host of innovations which the government has been channelising through various departments. For instance, the 104 helpline was not able to take all the calls, therefore, some startups developed a chatbot which has increased the capacity to take calls by manifold, Shikha said.

Further, startups have been able to fast recognising issues arising on a daily basis, It is helping the team solve these issues in time. Shikha added that while there are three startups solutions which have been accepted by the government, the number could be higher as many work with other departments as well.