From Clampdown On Social Media To ‘Sanskari’ OTT, How India’s New Digital Media Guidelines Can Harm Its Growth

From Clampdown On Social Media To ‘Sanskari’ OTT, How India’s New Digital Media Guidelines Can Harm Its Growth

There is the matter of what the government chooses to treat as fake news, for which the first originator must be found and jailed for at least five years

For OTT platforms, a government committee will be able to suo moto take up any complaints, without waiting for self-regulatory checks from the platforms themselves 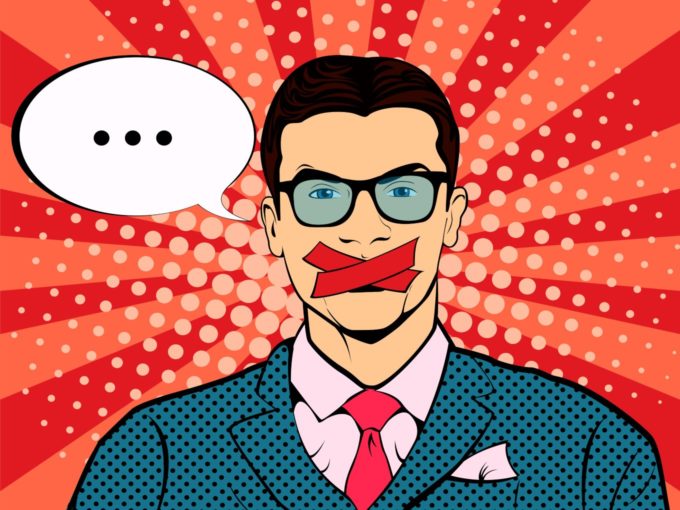 “User privacy and the freedom of speech and expression have been sacrificed at the altar of the fake news menace,” said a legal expert as the Indian government, on Thursday (February 25) announced new rules for digital media intermediaries such as news portals, social media and OTT platforms.

From social media platforms having to identify the first originator of a piece of information, to OTT platforms being subjected to a three-tier oversight process, the rules are spectacularly broad-based and could be applied to every digital content portal available in India.

Firstly, significant social media intermediaries (WhatsApp, Facebook, Twitter, YouTube etc) would have to enable the identification of the ‘first originator’ of any information. During the press conference for announcing the new rules — formally known as the Information Technology (Guidelines for Intermediaries and Digital Media Ethics Code) Rules, 2021 — law minister Ravi Shankar Prasad, perhaps predicting an outcry over user privacy, said the provision wouldn’t be used to look into the contents of the messages between individuals.

The rules state the same: “In complying with an order for identification of the first originator, no significant social media intermediary shall be required to disclose the contents of any electronic message.”

Security experts would tell that digital signatures and a trail of metadata can be utilised to identify the first originator. However, the Internet Freedom Foundation (IFF), an Indian digital liberties organisation, has argued that the requirement would break end-to-end encryption (E2E), which forms the fulcrum of WhatsApp’s, Signal’s and Telegram’s claims of safeguarding user privacy.

In a detailed blog post on the guidelines, IFF claimed methods that seek to implement traceability in a manner compatible with E2E are vulnerable to spoofing i.e. where nefarious actors falsely modify the originator information to frame an innocent person.

Tech experts Inc42 spoke to agree with this assertion, while the Software Freedom Law Centre (SFLC.in) also highlighted concerns about the provision.

There is also the concern about what the government chooses to treat as fake news, for which the first originator must be found and jailed for at least five years. Several agencies of the ruling Bharatiya Janata Party and its top-level ministers have been accused of spreading misinformation in the past. Further, the government’s scuffle with Twitter, where it asked for the takedown of tweets in support of the farmers’ protest, and clampdown on young ‘toolkit’ activists, should serve as cautionary tales of all that can go wrong when social media platforms will have to compulsorily identify the first originator of information that the government feels jeopardises the ‘sovereignty and integrity of India’.

“There is a case to be made that Indian authorities need more guidance in matters of freedom of speech. The last year was replete with instances of takedowns and blocks without too much explanation,” Avimukt Dar, partner at IndusLaw told Inc42.

Supratim Chakraborty, a partner at law firm Khaitan and Co., also felt that given the misuse of very similar legal powers by the government in the past, the new rules are being seen as a bad omen for freedom of speech by domain experts and the civil society at large.

More troubling rules in the document are those that will apply to OTT platforms such as Netflix, Amazon and Disney+ Hotstar, among others.

The rules state that all content would have to be carried with a content classification certificate such as U (Universal), sub-classified into U/A 7+, U/A 13+ and U/A 16+, and A (Adult), which is content only to be viewed by those aged 18 and above.

Notably, adequate classification of all content on OTT platforms and the appointment of a grievance redressal officer with his/her contact details available on the website forms the first level of the oversight mechanism laid out in the rules.

The third level will have an Inter-Departmental Committee (IDC) constituted by the I&B Ministry. The committee will be headed by an authorised officer of the ministry, not below the rank of a Joint Secretary and will address complaints referred to it by the self-regulating body or by the ministry. As per the new rules, the IDC head will have the power to issue directions for blocking certain content. The committee will also be able to take certain matters suo moto, without waiting for either of the first two tiers to be exhausted. Therein lies the problem.

As was seen with the Amazon Prime web series Tandav, a contentious scene, when alleged to be derogatory towards Hindus, resulted in a spate of FIRs, often with the sanction of state governments, against the makers of the show. The matter was taken up by the I&B Ministry, and the makers agreed to the demand for cutting the contentious scene. But the FIRs haven’t gone away. The whole instance could be seen as the ministry sinking its teeth into its new role after it brought both online news portals and OTT platforms under its purview in November last year.

Neeraj Dubey, partner for corporate law at Singh & Associates said the guidelines are a way of streamlining the censorship of OTT content and would pose a serious danger to freedom of speech.

“Level-II and Level-III of this mechanism mean that the platforms would need to toe the line and over-censor when it comes to broadcasting content on platforms that might not be in line with the prevalent social, religious, and moral norms. Under this structure, the content, if the government deems fit, can be blocked,” Dubey told Inc42.

To take the example of Netflix, in the last few years, the US-based company has been betting big on the India market, both in terms of money and the content strategy for Indian viewers. In 2019, Netflix founder and CEO Reed Hastings had said that the company would invest INR 3,000 Cr to produce original content for the Indian market over 2019-20. The company is also said to have inked a partnership with local production house Viacom18 to source at least 10 shows, mainly in Hindi.

OTT shows are also produced on costlier budgets than Indian TV shows. While a TV show would be produced at a cost of INR 10-15 lakh per episode, an OTT web series can have a budget worth INR 1-2 Cr per episode. These higher budgets come about due to higher margins for OTT shows as compared to TV shows, which makes such deals more lucrative for a film studio.

As for Amazon, its former chief Jeff Bezos had announced last year that the company would double its investment into Prime Video for India. Bezos had also claimed that the video streaming platform’s India viewership had grown 6x in two years. Both Amazon Prime and Netflix also have a string of original content, conceptualised and produced in India, for the global audience. To have them comply with open-ended regulations for content could be a dampener for their business prospects here.

Dubey’s assertions hit home, as the guidelines feature a ‘Code of Ethics’, which states that all content distributed by digital intermediaries, would be judged against existing laws such as the Press Council Act, 1978 and Programme Code under section 5 of the Cable Television Networks Regulation) Act, 1995, besides other relevant laws.

The TV Code states that no programme should be carried in the cable service that offends against good taste or decency, contains criticism of friendly countries or contains an attack on religions or communities or visuals or words contemptuous of religious groups or that promotes communal attitudes, among other things. It is easy to envisage how this broad-brush approach will seek to sanitise all that may seem problematic about OTT content.

Moreover, by placing a committee above the self-regulating body, the ministry seems to have undermined the industry’s long-drawn effort towards self-regulation, which saw the Internet and Mobile Association of Indian (IAMAI) on-board 17 leading players to release a self-regulation code.

Although, Dar of IndusLaw felt the three-tier check for OTT platforms could prove beneficial in establishing accountability. “The new rules will at least allow reasons to be debated and if the three-tier system works there will be enough analysis and material for the high courts and the apex court to examine whenever government actions are challenged,” he told Inc42.

Rameesh Kailasam, CEO of IndiaTech.org, an association that advocates for the interests of the Indian startup ecosystem, felt that thoughtful implementation could ensure the best use of what he felt was ‘soft-touch regulation’ for an emerging space.

A detailed overview of the various provisions in the guidelines can be found here.

The full guidelines can be accessed here.