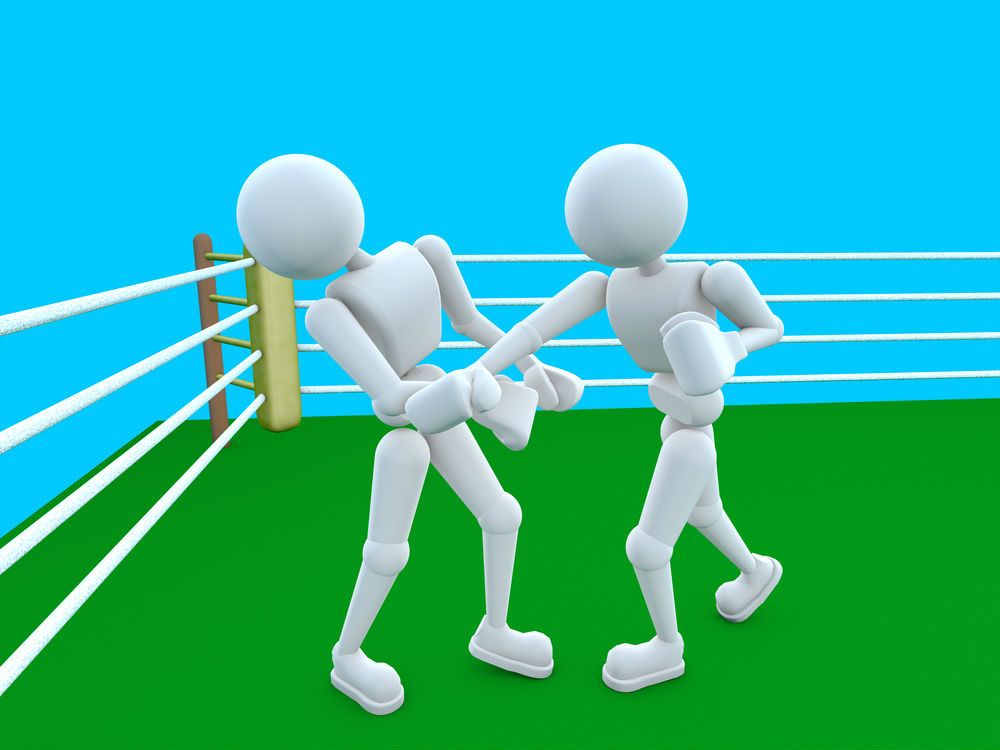 While Paytm sits securely at the top, Mobikwik and Freecharge are battling out for the number two slot in the digital wallets category. And the battle has just gotten intense with both of them indulging in taking jibes at each other in their respective blogs after MobiKwik took issue with a Nielsen report that ranked MobiKwik third in digital wallet players in India after Freecharge.

It all started with Nielsen’s Informate Mobile Insights Report that referred to mobile wallets in India in which Nielsen stated that Paytm was the most popular wallet in India, followed by Freecharge, the payments arm of ecommerce firm Snapdeal (which it acquired last year), and placed MobiKwik at third spot. The report was quoted in Freecharge’s blogpost titled ‘Freecharge Ranks No.1 in Reach & Engagement’ stating that Freecharge’s active reach has increased from 17% in October 2015 to 30% in April 2016, the biggest jump among the top mobile payment apps during this period. 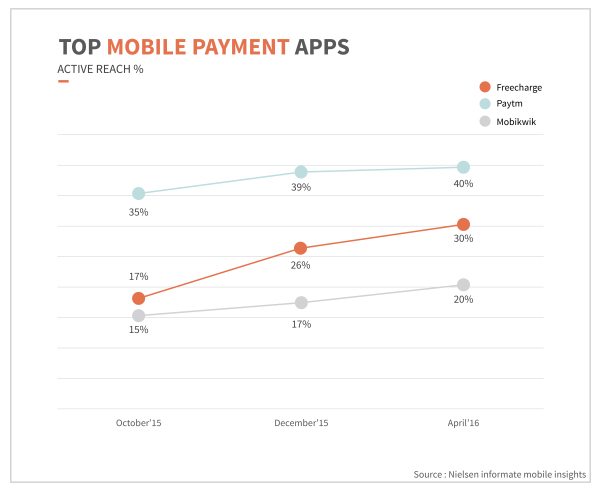 MobiKwik was not pleased. In a scathing blogpost titled “The truth behind Nielsen Mobile Insights”, MobiKwik questioned the report on many counts, with the first one being the sample size used.

MobiKwik took an issue with the fact that the report only counted time spent in an app as a metric for highest usage.  It stated, “A mobile wallet is not just a recharge app. It’s a complete ecosystem where it can be used for recharge or bill payments within the app, money transfers, usage on online merchants as well as offline merchants like BigBazaar etc. This fact was conveniently ignored by the researchers and they used app usage and time spent on app as a proxy for wallet usage. This methodology suited only one company which had a handful of merchants in total.” 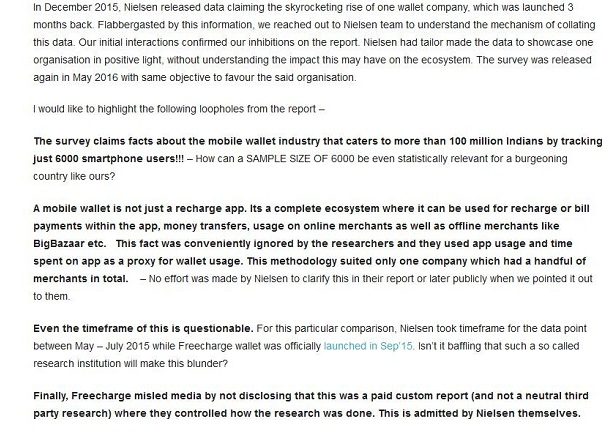 It also pointed out that the research was not independent but had been paid for by Freecharge stating, “Finally, Freecharge misled media by not disclosing that this was a paid custom report (and not a neutral third party research) where they controlled how the research was done. This is admitted by Nielsen themselves.” 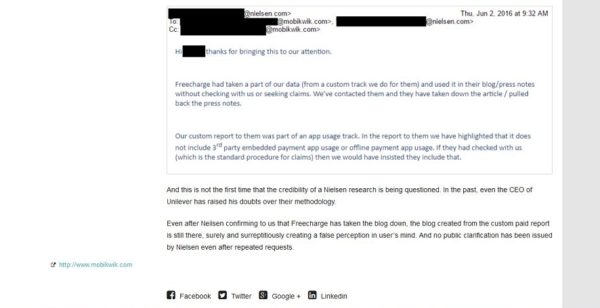 Freecharge was quick to respond to MobiKwik’s allegations and countered them in a blogpost titled ‘Don’t shoot the messenger when the message stings!’

The post alleged that MobiKwik was bitter because “the new kid on the block has overtaken them.” It also countered MobiKwik’s claim that the research was paid for and said that it was “a syndicated report and also not custom data. Clear as sunlight. This data is from the Nielsen Smartphone Android Panel that covers usage of standalone payment apps and not payments as a service. “

On the issue of sample size, it stated the “very robust sample size by any standard. Somebody needs to revisit their lessons on probability and statistics.  A primer on statistics is on the way.. Hope it helps!”

While MobiKwik and Freecharge battle it out in the war of words , just like Flipkart’s Sachin Bansal and Snapdeal’s Kunal Bahl were engaged in a  couple of months ago, one thing is for sure-payments is becoming a hot space in the Indian startup ecosystem. Paytm seems to be comfortably leading the race as the report suggests, but the battle for the number two position is getting hotter.

In a bid to compete with Paytm,  Snapdeal is trying to raise funds for Freecharge at an undisclosed valuation. Apart from Paytm, Flipkart and Amazon are also working to strengthen their digital payment platforms – Flipkart Money and Pay with Amazon in India, respectively. Also, recently  Reliance Jio Infocomm launched its digital wallet JioMoney Wallet. The platform has reportedly signed up more than 50,000 online merchants for the wallet service. 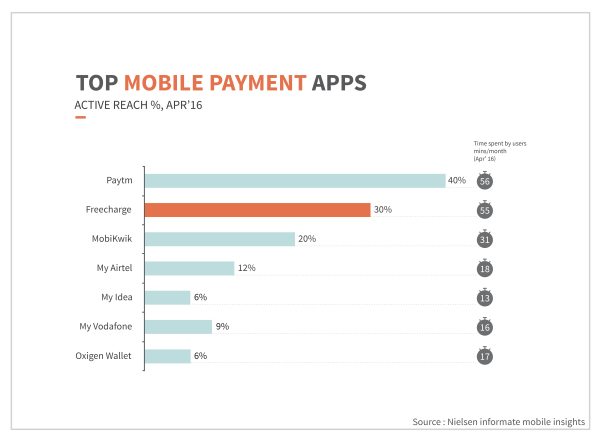 Nielsen meanwhile in a statement to Mint, has stated, that mobile Insights employs “state of the art metering technologies to passively measure the actual usage of apps and sites on smartphones, versus conducting a survey. In India, we operate a 6000 member Android smartphone users’ panel, that is representative of the connected Android user base in urban India. In this case, our findings cover the usage of mobile payment apps, and not instances where these services have been integrated into other apps or systems.”