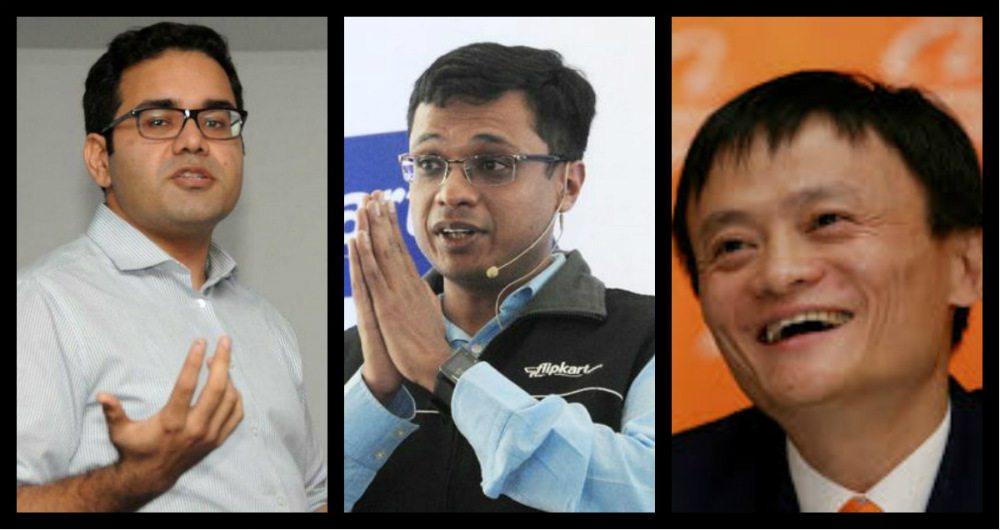 Ever since Alibaba announced its plans to enter the Indian market later this year, it has become the new talk of the town. After predictions and remarks on the news by Indian startup gurus, journalists, analysts etc., today it was Sachin Bansal who took to social media to give his opinion about the entry of the ecommerce giant in its territory!

The tweet was directly pointed at Alibaba’s invested companies in India i.e. Paytm and Snapdeal. Alibaba holds 40% stake in Paytm and 5% stake in Snapdeal.

Well if Sachin is out on social taking a shot at Snapdeal and Paytm, why would others stay away! Soon after Sachin’s tweet it was Kunal Bahl who tweeted back:

Didn’t Morgan Stanley just flush 5bn worth market cap in Flipkart down the ?? Focus on ur business not commentary 🙂 https://t.co/8NpkhWWo2j

The tweet referred to the recent reports of Morgan Stanley’s mark down of the value of Flipkart’s shares by 27%, bringing down the company’s valuation to around $11 Bn in February.

To end the discussion on a lighter note Sachin reacted:

This is not the first time Sachin Bansal was seen making remarks on its closest competitor Snapdeal on social media. In another incident, Rohit Bansal, co-founder of Snapdeal, in an interview had said that India doesn’t have adequate quality programmers. Reacting to his comments, Sachin Bansal had tweeted “Don’t blame India for your failure to hire great engineers. They join for culture and challenge.”