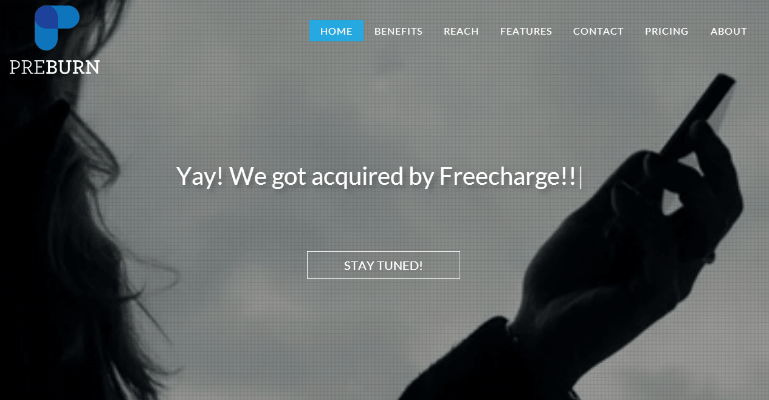 Online recharge website FreeCharge, has acquired Delhi based Preburn, a beta stage startup in the mobile space. Recently, Freecharge was in news when Wishberg’s founding team had joined the Freecharge post its shutdown.

Preburn is an offline app store designed for Rapid User Acquisition, offering app publishers a large pool of users. Apps of different genres are installed on users’ devices at the time of purchase from retail stores. App publishers can make use of its advanced device and locational targeting functionalities for enhanced performance. Preburn’s business model entices retail stores to push out the apps to all customers. Leveraging the “My new phone” sentiment of users, this model gives a fair chance to all products for getting users on board.

“We have invested in bringing great minds on board with Preburn which is a team of five IITians. The technology and innovative approach of Preburn would not be possible without their outstanding team. We’re hoping to get good ideas out of the garage and into the market, where they belong,” said Alok Goel.