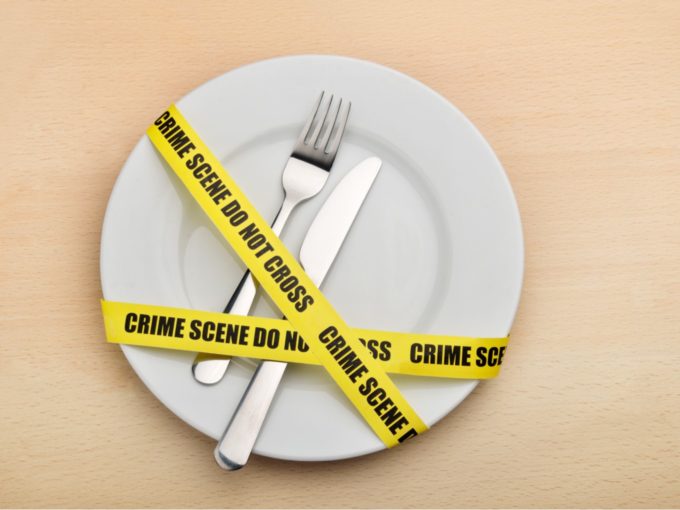 Update 2 | 2:30 PM, 2nd Sept: In response to the incident, Gautam Buddha Nagar Police has put a halt on food delivery services between 10 pm and 6 am. Besides health emergencies and essential services, no other services will be entertained.

Update 1 | 2:30 PM, 2nd Sept: After Inc42 reported on a food delivery executive shooting dead a Noida-based restaurant owner, Noida cops have arrested three youngsters. None of the accused is a Swiggy delivery executive.

In a gruesome incident, a food delivery executive shot dead a restaurant owner in Greater Noida late on Tuesday evening. Sunil Agarwal ran a kitchen in Mitra Society and took food orders online via Zomato and Swiggy. An injured Agarwal was taken to a nearby hospital where he succumbed to his injuries. According to the police, several delivery executives were waiting to pick their orders at the kitchen who fled the site after the incident.

“There were two online food deliveries at Agarwal’s kitchen yesterday. The argument started over the failure to deliver one order, which resulted in a heated exchange of words leading up to the incident. We are probing the incident from all angles,” the police said.

A heated argument ensued and the delivery executive shot the owner who was trying to calm the situation. A case has been registered against the accused and the police were looking to track them down via CCTV footage. Three teams have been set up to probe every angle into the case, a police officer stated.

The officer added that apart from the delivery executive, a person also came on a bike who may have been involved in the incident. According to sources, police were yet to reach out to Swiggy over the incident.

“What has been reported is very concerning. We have reached out to concerned authorities to help verify the identity of the individual involved in this heinous incident and if such person was associated with Swiggy,” a Swiggy spokesperson told Inc42.

“All delivery partners on Swiggy are on-boarded for providing delivery services after a background verification which includes checking for any court cases or criminal antecedents and are not disincentivized for any delays.”

In March, a Zomato delivery personnel was arrested in Bengaluru after an alleged assault and injury to a Zomato customer over arguments over food delivery delays. Bengaluru-based model and makeup artist Hitesha Chandranee posted a video on Twitter, alleging the assault, with her nose bleeding and bandaged. The delivery executive’s side of the story alleged that it was Chandranee who first verbally abused him, and then assaulted him with a slipper. He further claimed that in the altercation, Chandranee accidentally injured herself.

Several media reports in the past have highlighted how customers had gotten violent with delivery agents for delivery delays. Other incidents of adulteration, food theft, and other crimes such as assaulting customers to theft involving delivery partners have also come into the limelight.

The news has brought out concerns regarding the safety of users, restaurant partners and even delivery executives of the foodtech giants in India. An increasing concern is that unfair compensation to delivery partners has led to crimes like these. On average, a Swiggy or Zomato delivery executive based in a metro city earns INR 20-25k monthly handed out in weekly payments. Most of their compensation is in the form of order-based incentives and ratings, which does not mandate any social security benefits such as insurance.

Further, the delivery executives of the foodtech giants have alleged that they have to meet set targets which result in petty crimes such as breaking signals. A recent Zomato ad also received social media bashing for tone-deafness insinuating target-consciousness over humane working conditions. A report from Fairwork ranked delivery platforms such as Swiggy, Zomato and Uber as the worst place for work in terms of working conditions.

[Update Note: Police have stated that a Swiggy delivery executive was not among the accused.]