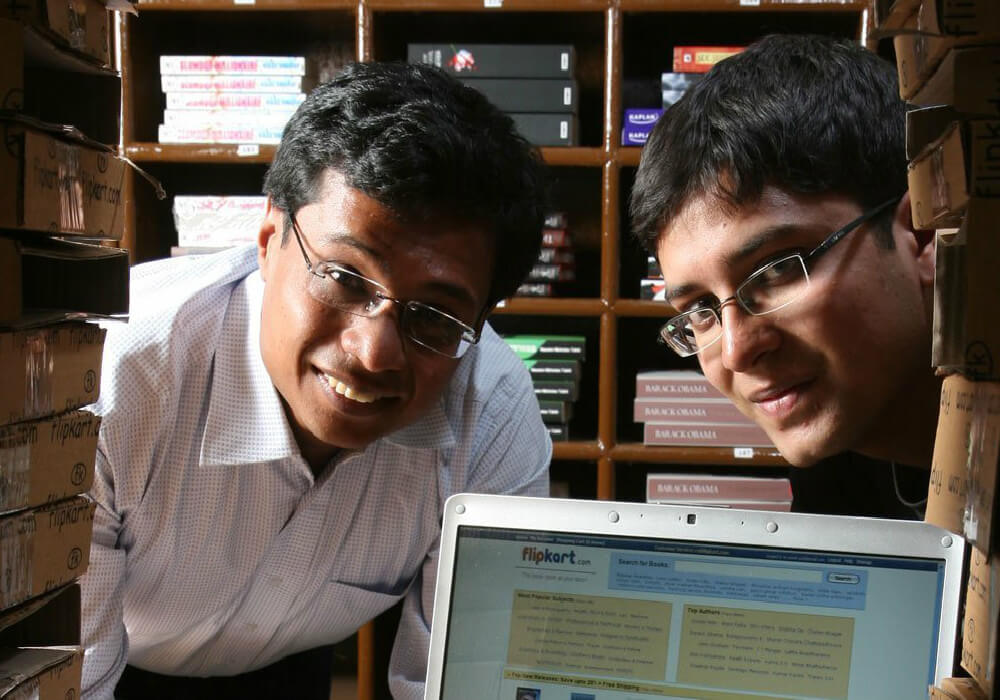 In a rather silent move, as more stakeholders have joined Flipkart’s boardroom, Flipkart founders Sachin Bansal and Binny Bansal have incorporated a new company named Sabin Advisors on December 8, 2017. The name ‘Sabin’ has been derived from their founding members’ names — Sa(chin) and Bin(ny).

While further details have not been provided, according to a Business Line report, there is a possibility that the cofounders might route all their investments through this new venture and might look at other businesses over a period of time.

Sachin Bansal and Binny Bansal have invested in seven and 17 ventures with a total funding of $26 Mn and $32 Mn respectively. Their existing portfolio includes a number of startups from different domains such as edtech platform Unacademy, two-wheeler startup Ather Energy, Sightuple, Inshorts among others

Pointing out the clear differences at the top, the report says that Billion, a private label brand launched by Flipkart last year, is handled by a separate team that reports to Sachin Bansal, whereas the rest of the six private labels are headed by Adarsh Menon, who reports to Kalyan Krishnamurthy. Also, Billion does not have the Flipkart name tagged to it like the other private labels, like SmartBuy, Perfect Homes and MarQ.

Some of their other startup investments include hyperlocal electronics seller Zopper, social shopping network Roposo. Sachin Bansal had also invested in Rahul Yadav’s second startup Intelligent Interfaces, which resulted into a dud. Apart from these, they have invested in Sheroes, Wrig Nanosystem, Tracxn, News in Shorts and others.

Thus, as both Sachin Bansal and Binny Bansal have already got hands-on experience in early-stage startups, the design thinking of Sabin Advisors is yet to reveal, such as the corpus to be raised for the funding, funding stage, calendar and other details. Also, it will be interesting to watch what would be the future roles of Bansal Brothers in Flipkart now. As Tiger Global have already sold their significant stake to Softbank, the control has been tilted to Tencent, Microsoft, Ebay and SoftBank.