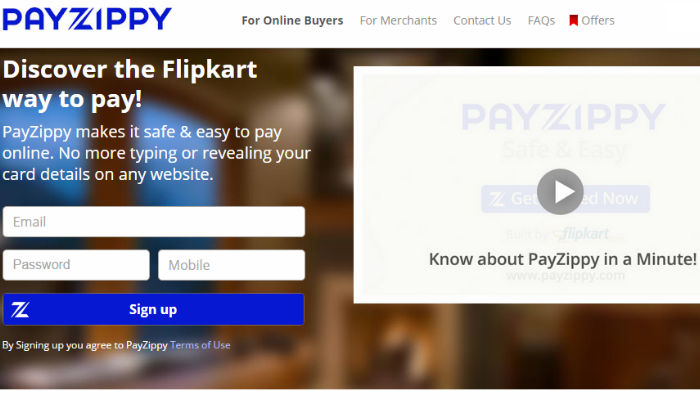 Indian ecommerce major Flipkart has recently announced that it will be shutting down its payment gateway Payzippy which it had launched last year as it failed to sell the service to as many customers as the company had expected.

With this, it has also announced its investment in Helion funded ngpay. Previously there were rumors that Flipkart might acquire ngpay.

Bangalore based, JiGrahak’s product ngpay which states itself as ‘mall on mobile’ is a mobile app which enables users to book flight tickets, buy movies tickets, to buy goods and services, and make payment through mobile phones.

According Boston Consulting Group, 45% online consumers in India use only their mobile devices to access the internet which is expected to increase to 60% over the next three years, thus shows a huge potential for m-commerce in the coming time, and makes it important for ecommerce players to boost up their mobile presence.

Read: 9 Startups That Flipkart Should Look To Buyout

At present Flipkart primarily gets most of its business from its mobile app.

“Payments is core to Flipkart and we see this partnership giving rise to the largest mobile payments brand in India. (ngpay chief executive) Sourabh Jain’s expertise will help us drive innovation in payments, with features and products that provide a competitive end-to-end customer experience, to redefine the payments ecosystem in India,” a Flipkart spokesperson said.

Flipkart launched PayZippy in July last year, others dealing in this space include CCAvenue, Paytm etc. A few of the companies which used PayZippy include Babyoye, Bluestone, Lenskart, Makemytrip, Yepme, Zansaar etc.

“While we phase out our own payments product, PayZippy, nothing changes for our customers, who will continue to enjoy all the benefits of a safe and secure payment system through Flipkart.com.”