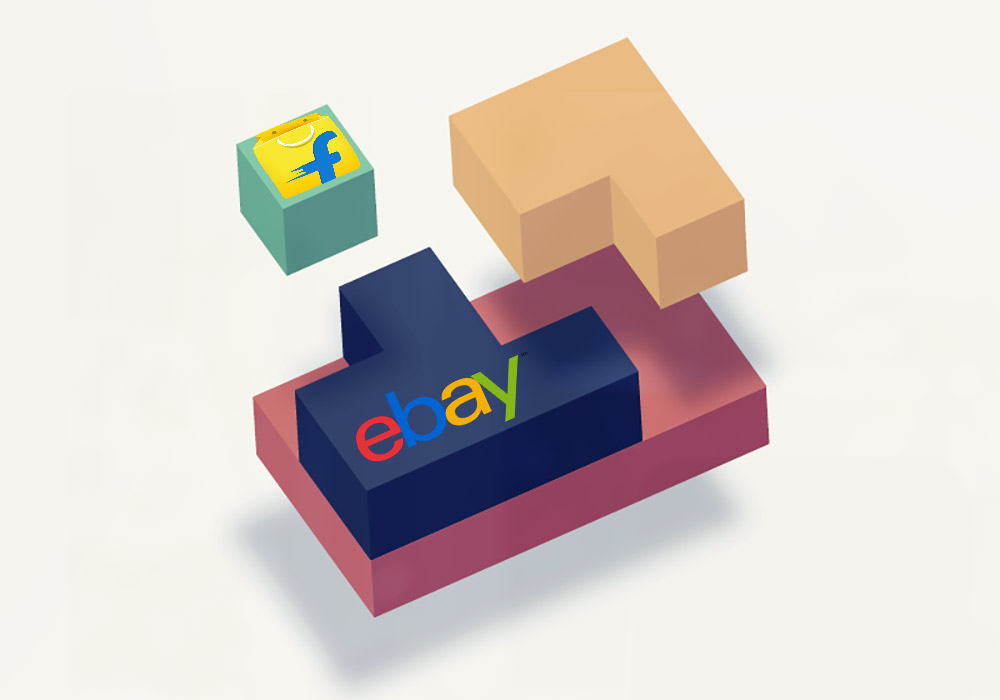 Homegrown ecommerce major Flipkart is reportedly in advanced talks of acquiring eBay India operations as a part of its ongoing $2 Bn funding round, reported Factor Daily. The Bengaluru-based company has closed $1 Bn as a part of this round last week.

Flipkart has not made any official announcement of the funding so far.

According to this report, the round saw the participation of Microsoft Corp., EBay Inc. and Tencent Holdings Ltd. and values the company at around $10 Bn. The round is led by the Chinese internet giant Tencent, which has invested about $500 Mn. Flipkart was valued at $15.1 Bn at its last fundraise.

eBay entered the Indian market in 2004 and in 2005 it acquired 100% stake in Baazee.com for about $50 Mn. Despite having an early mover advantage in India, i.e launching almost three years before Flipkart and six years before Snapdeal and much before Shopclues and Amazon – eBay never managed to make it to the top three when it comes to the Indian ecommerce market share. The company, as of today, comes up sixth after Flipkart, Amazon, Shopclues, Paytm and Snapdeal in India’s $15 billion ecommerce market.

The reason cited for the same was the lower infusion of funds in the India unit by the parent company. According to a Mint report, Ebay Inc pumped in INR 650 Cr into the company in 2015, which is a fraction of what the homegrown players have raised and the so-called Amazon war chest.

As per a report by FE, eBay was looking to exit from India operationally and wanted to be part of the Indian ecommerce market as an investor. Interestingly, eBay is also a small investor in Snapdeal and had made a number of failed attempts to acquire the company in the past. Ebay had invested in Snapdeal’s 2013 and 2014 round. In 2015, the company had sold a portion of its investment in the company.

Just last week, eBay India’s country head Latif Nathani resigned from the company citing personal reasons. He was replaced by Vidmay Naini, an eBay India old-timer, as the new country manager. Naini, who held the role of Director and Business Head in his most recent assignment, has been with eBay for nearly 12 years now.

In November 2016, eBay had fired its entire product and tech team in India, except 15 officials, who were reportedly being moved to the US. Earlier in February 2015, before the split from PayPal, eBay had fired over 350 employees in India, across its development centres in Chennai and Bengaluru.

The past year saw Flipkart go through a major restructuring of their organisation structure. In January 2016, Sachin Bansal stepped down from his role as CEO and was replaced by Binny Bansal. The following January, Binny Bansal also stepped down and was replaced by Kalyan Krishnamurthy as the latest CEO. The company, which has now been in business for ten years, saw over 18 markdowns in valuation since 2015.

While Alibaba and Amazon global are funding Paytm and Amazon India’s war-chests respectively, and with rumours of Snapdeal possibly selling to Paytm’s brand new ecommerce arm, Flipkart’s new fundraise, combined with the eBay India acquisition, might just have given it some breathing room for the time being. These latest developments promise to make the ongoing battle for the great Indian ecommerce gold rush fiercer.